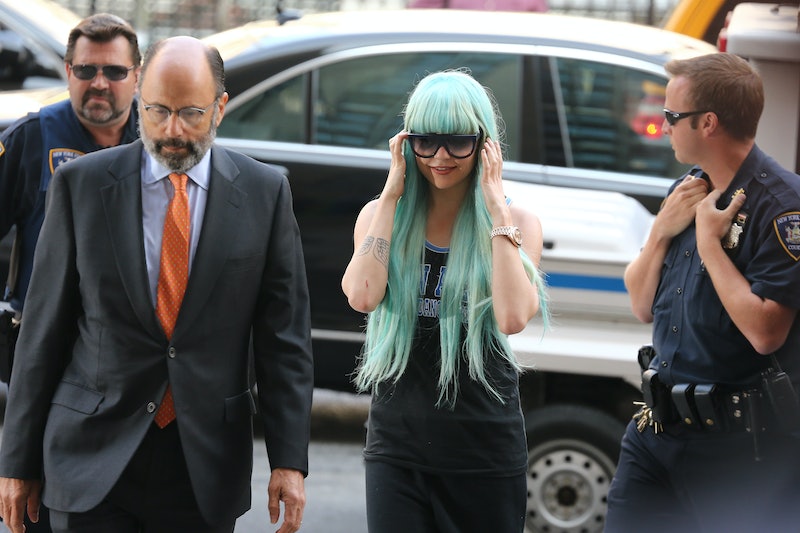 When TMZ broke the news that they had recordings of Amanda Bynes talking about how she wants to kill her parents, I was horrified. I listened to the audio and though it did sound like her, I hoped that it was a fake audio tape. But then Amanda Bynes essentially confirmed on Twitter that it was her voice and that she was simply joking. She may claim to be kidding, but the content of the tapes was not even close to funny.

The two recordings were allegedly made by her roommate as they drove. Bynes says a number of awful things in them, including telling the person recording the tape, "You're so gay it hurts my feelings." Most disturbing though, is when Bynes talks in detail about wanting to murder her parents.

Shortly after TMZ posted the audio, Bynes took to Twitter to dismiss the severity of the issue in a series of tweets.

I hope it's true that she is in therapy, because she clearly has a lot of anger towards her parents that she needs to work through. But Bynes didn't stop there and wrote about the infamous Drake tweet she made last year where she said she wanted him to "murder" her vagina.

Apparently this is her way of saying that she uses the word "murder" very loosely.

Regardless of how nice Bynes thinks she is, the content of the audio is disturbing and upsetting. According to TMZ, her parents wanted the tapes released in the hopes that it "could be a wake-up call for medical professionals to intervene."

Whether Bynes is "not gonna ever do such a thing" or not, talking about murder in such detail is a major warning sign. So, I hope she does get the help her parents think she needs, and soon.