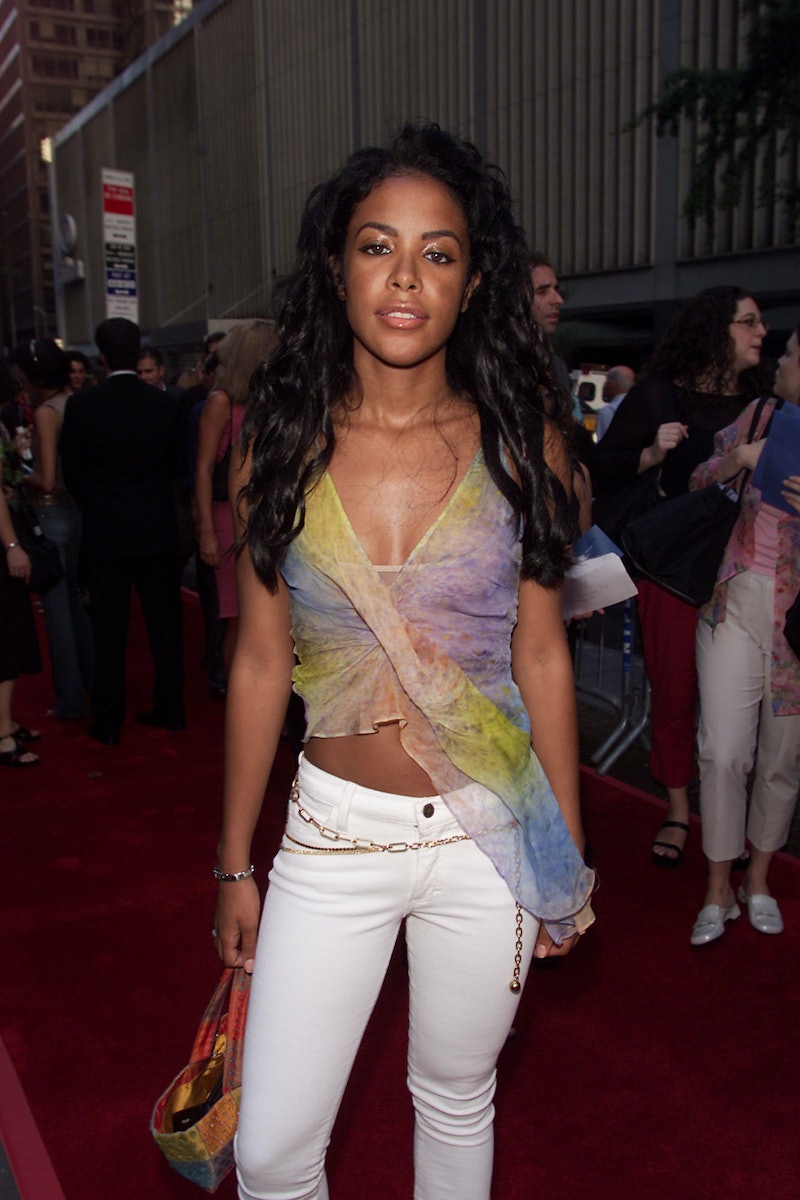 Lifetime's Aaliyah biopic, Aaliyah: Princess of R&B, aired last night, and I think we can all agree that it just really shouldn’t have existed to begin with. Apparently, Aaliyah’s family, friends, and collaborative partners (Timbaland and Missy Elliot) were vehemently against the Wendy Williams project and didn’t even allow Lifetime to use Aaliyah’s music. But I like how Lifetime went ahead and did it anyway, much like they went ahead and fictionalized Brittany Murphy’s life for her biopic even though everyone was really angry about it. Oh, Lifetime. Maybe you should just stick to teen pregnancy dramas and grandma-approved murder noirs? I dunno, just a thought.

Furthermore, the internet seemed to strongly feel that the casting choices totally blew massive chunks. Aaliyah was played by Alexandra Shipp who doesn’t look ANYTHING like Aaliyah. It almost seems like Wendy Williams went on Facebook one night after three full glasses of wine, and posted, “Hey guys, I’m making an Aaliyah movie. Anyone want to star in it?”

SO all in all, the Aaliyah biopic sucked as we all thought it would. But on the bright side, the Internet’s response did NOT disappoint. During the movie and certainly the morning after, #LifetimeBiopics casting memes flooded Twitter and Instagram with hilariously accurate inaccurate casting suggestions.

And, well, you get the idea. Sorry not sorry, Lifetime.