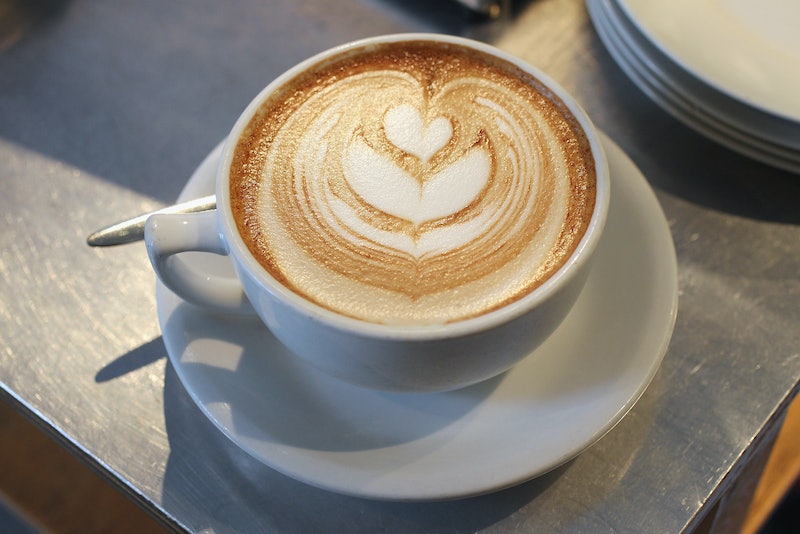 Since we’re apparently in the middle of a food hacks kick, here’s another one for you: 14 life-changing coffee hacks, courtesy of Reddit’s resident java fiends. Perfect for Monday morning, no? Mornings are hard enough to face without your daily cup of joe, but if the morning in question happens to be a Monday, it’s a zillion times worse.

Over the weekend, redditor JIH7 posed the following question to AskReddit: “What are some things you can put in coffee (besides cream and sugar) to make it taste better?” Although some would argue that if you’re drinking coffee in the first place, it had better be so damn good that you don’t need to add anything to it for it to be anything but amazing… there’s nothing quite like doctoring a cup of coffee with a little something extra. It gives the whole experience a touch of extravagance — and sometimes it makes it acceptable to have dessert at nine o’clock in the morning. What’s the point of being a grownup if you can’t occasionally indulge in the “I’m having a milkshake every day for breakfast when I grow up!” fantasy?

So here. Make your coffee something special today. You deserve it. Happy Monday!

I definitely used to do this one — I used half an envelope of hot chocolate mix, with my preferred type being the Hershey’s Goodnight Hugs white hot chocolate (hot white chocolate? Whatever) with tiny little Hershey kisses floating in it. Another redditor called it “the lazy mocha.” Accurate.

That sounds amazing. If I wasn’t already halfway through my second cup of the day, I would have given this one a shot this morning.

3. Go International, But to a Slightly Different Location

Best taken in small doses — but good news if you’ve got a sweet tooth:

WHAT IS THIS SORCERY?!

4. Stick a Candy Cane in It

Combine this one with the lazy mocha hack, and you’ve got a lazy peppermint mocha. Genius!

I’ve heard this little tidbit before, but I’m always too chicken to try it out. My SO apparently did it once, though; he thinks he may have added a liiiiiiiiittle much, because he ended up with salty coffee instead of magnificent, non-bitter coffee. Whoops.

6. Brew It With Cardamom

You guys. I don’t know why I’ve never thought of putting spices in with the grounds and brewing my coffee that way, but now that deus_ex_macchiato has brought it to my attention, I want to try it with ALL THE SPICES. Who needs to buy a bag of overpriced “specialty” pumpkin spice coffee when you can just throw some cinnamon, nutmeg, and ginger into your coffee maker along with the regular stuff?

It’s my understanding that horchata doesn’t typically have coffee in it (am I wrong, people who actually know how to make horchata?), but I can imagine it would be delicious with a splash of java.

Remember the day we discovered what affogato was? I sure do. My life has never been the same since.

It’s the Oreos that really takes it to the next level.

11. Sweeten It with Maple Syrup

I’m tellin’ you, maple lattes are the best.

12. Thicken It Up with Oatmeal

…I’m not sure how I feel about this one. That might just be because I hate oatmeal, though. It’s a texture thing.

Some people swear by this one. I've never done it, but it sounds weirdly refreshing.

If, y’know, coffee’s not your thing.

More like this
TikTok's Favorite Bartender Thinks Mimosas & Bloody Marys Are Out For Brunch
By Alexis Morillo
Here’s What Sarah Jessica Parker’s Canned Cosmo *Actually* Tastes Like
By Emma Garza
8 TikTok Pasta Recipes To Try Out At Home
By Emma Garza
Are We Drinking Rosé All Wrong?
By Sheila Yasmin Marikar
Get Even More From Bustle — Sign Up For The Newsletter