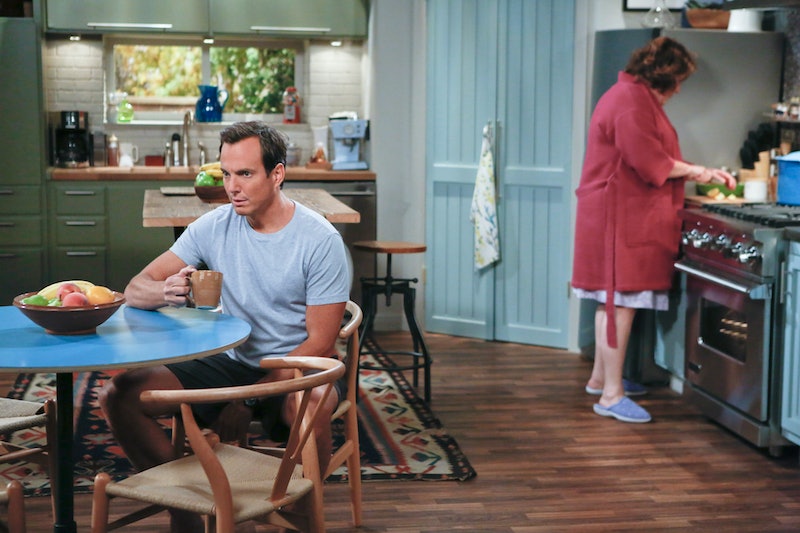 As big a fan as you might be of Will Arnett, you’ll likely have trouble thinking of anything he’s done lately that you truly enjoyed. Outside of Arrested Development, Arnett has had a pretty rough go in the television spectrum. Since the initial cancelation of the cult phenomenon, the man we know best as GOB has endured failed sitcom after failed sitcom, the latest example of which being The Millers : Arnett’s CBS comedy that just got the axe only four episodes into its second season.

But you know he can do better — you’ve seen him do better! Arnett is an adept comic performer, and one you're always rooting for to find a project worthy of his talent (and to find happiness in the romantic realm). Even though you suffered through four or five of his lackluster post-AD endeavors, you want to believe that there's a perfect project waiting for him down the line.

So maybe it calls for us to look back on these failed attempts at sitcom glory to figure out just where Arnett is going wrong. Why didn't The Millers hit home? Why couldn't Running Wilde function on Arnett's charm? And what about his slew of animated prospects? Let's get to the bottom of this. Arnett is depending on us.

An animated series about a troupe of circus freaks who double as generally incompetent superheroes.

Arnett’s role: Supporting. He plays a seedy businessman always aiming to purchase the focal freak show from its elderly owners.

What went wrong: In all honesty, this one was probably doomed from the ground up. The premise and artistic vision were simply too weird and grotesque for most anyone.

SIT DOWN, SHUT UP

Arnett’s role: Co-starring. Arnett's character is a fitness-obsessed English teacher, and the traditional thick-headed lech, always scheming to get a date.

What went wrong: The long shadow of Arrested Development hung over this entry, with Mitch Hurwitz, Bateman, and Arnett trying to replicate their fast-paced, wordplay-heavy, irredeemable character-laden magic. However, it lacked any of the care and effort forged into the creation of the Bluths. AD-inspired high expectations likely didn't help.

Your standard “turning my life around” sitcom about a rich playboy on a quest for self-betterment when he reconnects with an old flame… who, for reasons that circumvent logical explanation, decides to move into his tree house with her young daughter.

Arnett’s role: Starring. Arnett plays the selfish but reasonably good-hearted billionaire who has long combated loneliness and depression with womanizing and alcohol abuse, but who hopes to “turn it all around” by vying for the love of his old girlfriend/new tenant.

What went wrong: Arnett's comic temper is a unique one, reserved best for character acting in second banana positions. As a romantic lead, he couldn't quite figure out how to balance the warranted normalcy with the oddball stuff he's best at.

A black comedy about a painfully ignorant and delusional American salesman who high tails it to Britain with aspirations of becoming a great success, instead incurring calamity of the highest order.

Arnett’s role: Supporting. As Todd’s boss, Arnett’s character is little more than a string of obscenities spoken at high volume.

What went wrong: This one had sort of the opposite problem we saw in Running Wilde; it was all about shock value. The basic premise hangs its hat on the impact of the extreme situations resulting from Todd Margaret's idiocy; Arnett's character is build entirely on the pretense that excess cursing is always good for a laugh.

However, IFC has opted to bring Todd Margaret back to life! Maybe shock does pay.

An occasionally clever sitcom about a formerly devil-may-care husband and wife couple aiming to adjust to “adulthood” in order to raise their newborn baby.

Arnett’s role: Starring. Arnett is an anxious stay-at-home-dad and husband to the workaholic Applegate. He never quite got a handle on the character, landing somewhere between generic good guy and sinister Bluth.

What went wrong: Here's an interesting one. Up All Night is the victim of uncertainty; after a critically and (relatively) commercially successful opening string, the cute and smart show began to flounder and sent the network into panic mode. Season 2 saw experiments in recasting, premise retooling (at one point, they decided to switch gears by making Applegate the stay-at-home parent and Arnett the working professional), format shifting, and a complete overhaul in what the program was actually about (other behind-the-scenes murmurings that never came to be involved changing the premise of the series entirely to make everything we had seen up until the point of the shift all actually an in-universe TV show).

A CBS sitcom prototype if there ever was one, in which a grown man accidentally provokes the divorce of his parents and winds up living with his mother after the split.

Arnett’s role: Starring. Arnett plays the recent divorcee who inadvertently talks his father into leaving his mom, and then reaps the benefits thereof.

What went wrong: A classic case of bad writing. While we constantly lament the state of network television as playing to the lowest common denominator, the truth is that sincerely bad shows will inevitably fail with everyone.

An animated sitcom about a washed-up sitcom star who, just as a minor footnote, happens to be a horse-man hybrid.

Run: Still going strong on Netflix after a 12-episode first season (August ’14 — November ’14). The streaming site has a second string of episodes planned for 2015.

Arnett’s role: Starring. He's the half-guy, half-horse who’s trying to keep it all together in the wake of a plummeting acting career.

What might go right: Although BoJack Horseman is far from a great success, it has earned a good deal of positive critical reception, and enough interest to keep it going for a second season. Although I'd like to see Arnett thrive in the live action format, something like BoJack seems to be the perfect formula for him. The nature of the project allows for his bizarre comic flare even while commanding the show from a center stage position; the Netflix factor, too, offers a little more creative leeway (conducive to his offbeat style) than might be seen in the network realm.

So, while Arnett might no longer have The Millers on which to hang his hat, he's still got one potentially charming project that is alive and well. And, if nothing else, we do have the promise of more Arrested on the way...