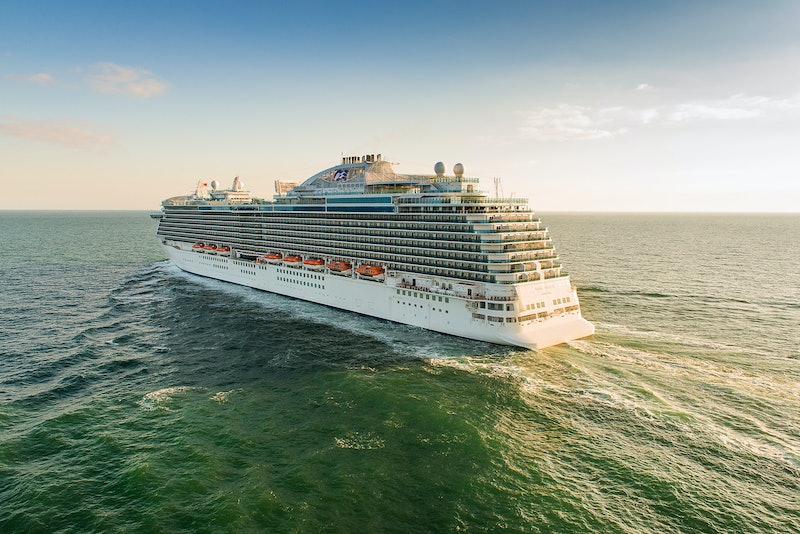 On Sunday, a Princess Cruise ship carrying nearly 170 people infected with the norovirus docked in Los Angeles, letting passengers disembark from a month-long journey to Tahiti and Hawaii. So what is Princess' next move after its second norovirus outbreak this year? They're shoving off to the Mexican Riviera Sunday on the same ship.

Aside from enjoying ice sculpture demonstrations and a deck band covering Natalie Imbruglia for the 100000000th time, 158 passengers and 11 crew members contracted the norovirus during the 28-day cruise. Crew members not puking their brains out cleaned and disinfected the ship, and a member of the Center for Disease Control and Prevention is expected to inspect the Crown Princess before it hurtles back into the ocean. This is the same ship, mind you, on which 152 passengers and crew members fell ill in April.

Norovirus causes diarrhea, vomiting, and nausea, all of which would be the absolute worst thing to happen on a giant vessel moving through the sea with no escape. To make matters worse, the gastrointestinal virus is highly contagious, and can be picked up through a sick person, contaminated food or water, or touching a contaminated surface. So when you're sharing space with 3,000 of your closest elderly friends, it is easy to spread.

Despite relatively high inspection scores from the CDC, Princess Cruise also had a norovirus outbreak in January on the Houston-based Caribbean Princess. Princess spokeswoman Susan Lomax told CBS that those silly passengers should probably just wash their hands.

As it is the cold and flu season, when the stomach flu circulates on land, we encourage all of our guests to be diligent in following the widely accepted practices of frequent hand washing with soap and water and the use of hand sanitizers.

Right. The cold and flu does also suck, but it seems like the norovirus is pretty well relegated to seafaring individuals, and I'm not sure what expelling the contents of your digestive track in a tiny cruise ship bathroom has to do with a cold.

This does clear up a pretty big mystery for me, though. I've stopped getting the relentless emails from Princess that have crammed my promotion tab since January 2013, when I took a cruise with my ex. For the record, my experience with Princess was nice. Namely because I did not contract norovirus. While I am not a doctor, I do believe that it had something to do with the disinfecting power of the severe amount of gin and tonics that I consumed that week.