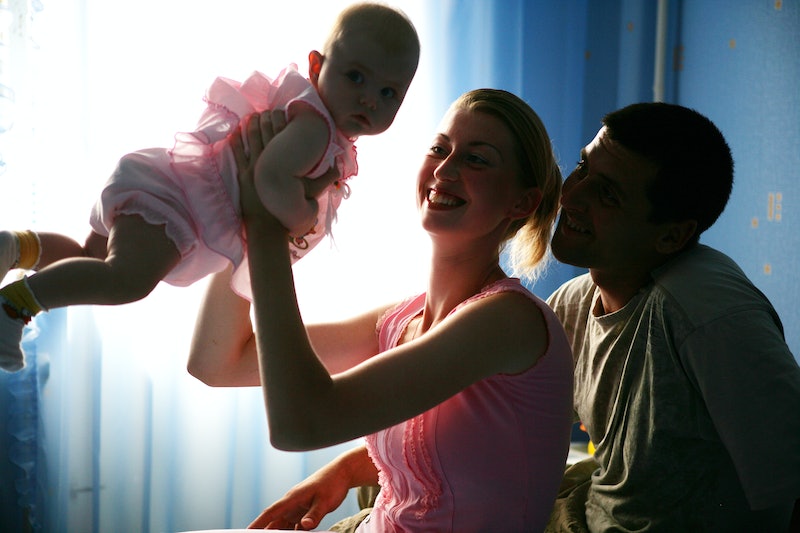 Three things we know are certain: death, taxes, and the fact that babies come from sex. Well, not anymore, says Professor Carl Djerassi, the Austrian-American inventor of the Pill, who predicts that all Western babies will be born via IVF by 2050. According to Djerassi, this will lead to sex having a strictly recreational function, since men and women will opt to freeze their eggs and sperm rather than deal with the good old-fashioned baby making process. Following the preservation of sperm and egg, Djerassi predicts that young people will resort to sterilization as a preferable alternative to birth control.

It's a lot to take in, but Djerassi's claims are far from outlandish. In a climate where woman are constantly seeking to strike a balance between work and family life, Djerassi argues that IVF is a desirable option. He tells The Telegraph :

Women in their twenties will first choose this approach as insurance, providing them with freedom in the light of professional decisions or the absence of the right partner or the inexorably ticking of the biological clock.

According to Djerassi, IVF solves most of the obstacles that women may face when planning for a family. He also argues, however, that women will eventually gravitate toward IVF as a means of selecting for healthy babies:

I predict that many of these women will in fact decide to be fertilized by IVF methods because of the advances in genetic screening. And once that happens then IVF will start to become a normal non-coital method of having children.

All this goes to create what Djerassi calls a "Manana generation," which refers to a generation that will not have to worry about postponing pregnancy, or the risks that come with conceiving a child later in life. Perhaps an even greater potential consequence of this so-called "Manana generation" is Djerassi's theory that it will outlaw abortions. In a climate where all pregnancies are planned, there would be no need to protect against having a child.

What Djerassi is suggesting, then, is a future with less disease, no abortions, and no women feeling guilty over having to circumvent their biological clock (assuming, of course, that all citizens abide by IVF as a form of reproduction.) It also assumes less of a burden for women with fertility issues who might otherwise struggle to conceive the old-fashioned way. But while this future appears to be ideal, I still have two major concerns.

Firstly, who is to say that all individuals will have access to IVF? As of now, each IVF cycle costs an average of $12,000, not including additional medications, which can range from $3,000 to $5,000. Without a significant price reduction, most individuals will be unable to afford the process, even by 2050.

But let's pretend for a moment that IVF is both affordable and universally accessible. Even then I question whether women wouldn't prefer a natural conception. Perhaps it will take time to alter the public attitude toward reproduction, and by 2050 all women will be accustomed to conceiving in this manner, but I'd argue it will take more than some 30-odd years to wipe out a reproductive process that's been around forever.

While Professor Djerassi's theory, therefore, is certainly thought-provoking, for now it's nothing more than a hypothetical idea that lacks logistical insight and bears further scrutiny. In her article for Jezebel, for instance, writer Tracy Moore questions whether the process of genetic screening would foster homogeneity and discourage against differently abled children. While her point can certainly be contested, there are clearly more questions to be considered before making a permanent switch to IVF and rendering the Pill obsolete.

More like this
Here’s How To Reignite The Spark In A Sexless Relationship
By Vanessa Marin
Are Gemini & Leo Compatible In A Relationship?
By Kristine Fellizar
An Honest Review Of The TikTok-Famous WalkingPad
By Kaitlyn Wylde
5 Crystals To Lower Your Anxiety
By Megan McCarty
Get Even More From Bustle — Sign Up For The Newsletter