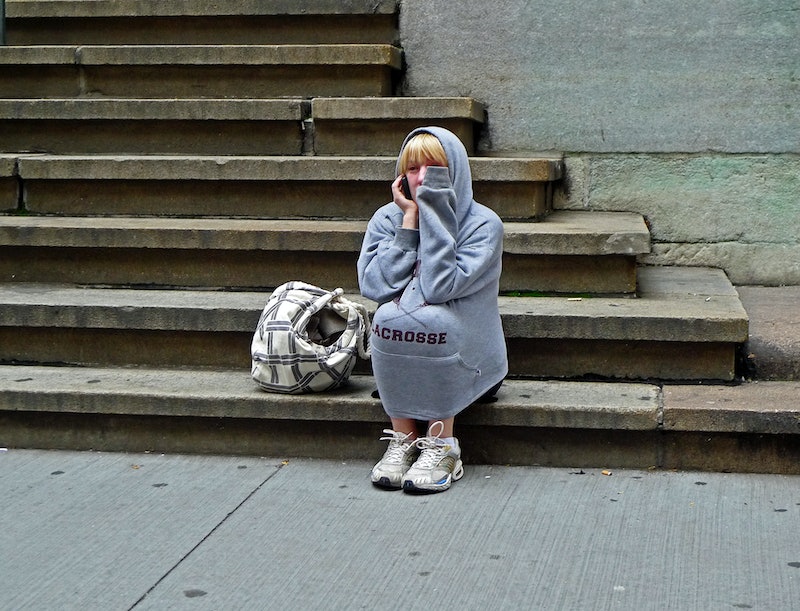 One sunny spring afternoon, when I was 24 years old and a relatively new transplant to New York City, a stranger who had been hiding in my apartment building followed me up the stairs, grabbed me by the neck as I opened my door, and raped me at knifepoint. Fortunately, kind, respectful paramedics and an emergency room with state-of-the-art sexual violence standards helped carry me through the first few hours following the assault. To this day, I remember the name of the nurse who helped me with fondness and gratitude.

Over the weeks that followed, many people around me rallied to lend support. Friends were always available to remind me to take my medications, to lend a shoulder to cry on, or a sofa to sleep on when I couldn’t bear to be in my apartment. They went with me to doctor’s appointments and held my hand through the early process of participating in criminal prosecution after the rapist was identified in a lineup.

Eventually, the bruises around my neck from where the rapist had choked me into submission healed. I went back to my job waiting tables at an upscale restaurant. Assuming my life was more or less back to normal, friends and family became less solicitous and were perplexed by my continued fatigue, growing irritability, and dark mood.

When I was recovering, many of my friends’ and family members’ reactions left me feeling as if I’d been abandoned in the desert with a canteen and told to find my way back to civilization.

My father figured I could just use a little cheering up. He came in to visit from North Carolina and dragged me to museums, out to eat, to the park, to the Seaport. Spent before the day even began, my shoulders and back aching from the effort of being alive, I was far too exhausted to enjoy any of it. While he pored over lunch menus and subway maps, I tried but failed to fight off violent flashbacks of the assault.

There was that moment on the stairs. A confused feeling as I was swept up by the neck. I screamed. Then there was no more breath.

I didn’t have the energy to tell him that that last thing I wanted to do was sightsee. So when I instead snapped sarcastically, “Sure, let’s go frolicking!” he took offense and answered, “You don’t need to act all pissed off.”

Then there was my roommate, who insisted on treating me to dinner when my birthday rolled around about two months after I was assaulted. Seated in a trendy restaurant at a time of night when I would have much rather been in bed, she encouraged me to splurge on whatever dishes I wanted — as if that could somehow erase or override what had happened. But I felt like I was in a vat of petroleum jelly; half awake, with no appetite whatsoever. Still, I ordered and ate, nodding politely without tasting a thing as she complimented me on my hair and appearance.

When my spirits still hadn’t lifted some time later, she suggested I try scented candles or a bubble bath. About 16 weeks into the period I’d come to think of as, “After all,” she reminded me, “Everyone has problems, you know.”

In both cases — as with colleagues who stopped asking how I was doing and friends who eventually stopped calling to check in — no harm was intended. Everyone did care about me, and in their own way, they were all trying to help.

Their efforts fell flat though because they simply could not imagine the depths of the terror that continued to strike every time I heard a noise, a honk, or voice behind me on the street; how acute the panic, anxiety, and anger still plaguing me were; the constant feeling that there was no more breath.

Nor, luckily, can most of us. As a result, it’s extremely difficult to know how, exactly, to help somebody who’s been raped. Our gut reaction about what to say in the aftermath of this tragedy can be far off-target. Sometimes what we say can even backfire, making the victim feel misunderstood and alone.

For example, telling a rape survivor to “stop thinking about it,” or “try to move on” can send an unintentional message that something is wrong with the survivor for being preoccupied and hurt. When I was recovering, many of my friends’ and family members’ reactions left me feeling as if I’d been abandoned in the desert with a canteen and told to find my way back to civilization.

Today, with 23 years of hindsight and well over a decade of training and experience as a psychotherapist specializing in sexual assault and trauma recovery, I understand how the shock and utter devastation rape inflicts affects the psyche. I know that the impact stays with victims for a much longer time than many imagine.

It is not uncommon to experience symptoms such as anxiety or sadness for over a year, and to continue to remember and reflect on aspects of the event for many years to come. Thinking about what happened for prolonged periods of time is a normal reaction to trauma as the survivor works to integrate the experience into his or her life narrative. Recognizing and respecting this is the first step victims’ friends and loved ones can take to lend support.

Another way to help is to assist with practical matters like grocery shopping, driving to doctor’s appointments, or helping around the house. Helping out in small, practical ways offers invaluable material support while showing that you care — especially at this time when even the simplest tasks can be overwhelming.

Above all, friends and loved ones should simply try to listen. Let the survivor guide the conversation, making comments that acknowledge rather than dismiss the survivor’s feelings — such as “I can certainly appreciate why you feel so lonely and afraid.” Talking about what happened is instrumental to recovery, and feeling heard and understood is priceless.

Editor’s note: If you or someone you know has been affected by sexual violence, it’s not your fault. You are not alone. Help is available 24/7 through the National Sexual Assault Hotline: 800-656-HOPE and online.rainn.org.

More like this
Here's How To Support Jewish People Amid Rising Antisemitism
By Hannah Orenstein
Emily Ratajkowski & Pete Davidson's Astrological Compatibility, Revealed
By Nina Kahn
Are Sagittarius & Capricorn Compatible In A Relationship? Astrologers Weigh In
By Kristine Fellizar
Wimbledon Alters All-White Kit Rule Amid Candid Period Discussions
By Catharina Cheung and Rachel Mantock
Get Even More From Bustle — Sign Up For The Newsletter