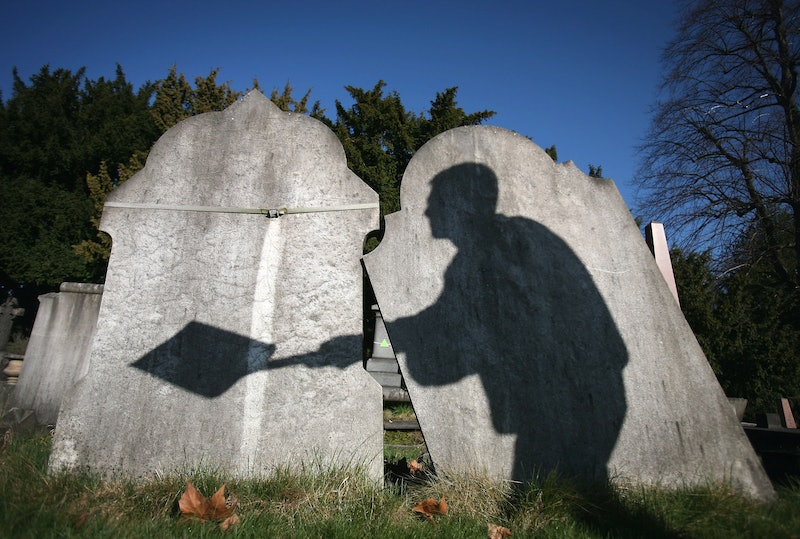 On balance, we live longer, healthier lives now than ever before. But when we do finally succumb to the ravages of time or illness, the way we die has changed a lot over the last century. And, as detailed in a report in The New England Journal of Medicine, these causes of death are posing different challenges for medicine to try to overcome — curing tuberculosis, sad to say, has turned out to be easier than curing cancer or heart disease.

As detailed by Vox's Julia Belluz, we have a reasonably clear picture of what our most likely causes of death were back in 1900, as compared to what they were in 2010. And, as you might expect, age appears to be playing a big role — conditions that worsen over time and most commonly afflict older people, like cancers, heart disease and Alzheimer's, have risen to greater prominence as our lifespans have stretched out.

For perspective, the average American in 1900 died in their late 40s, as compared to today's life expectancy in the high 70s. As you can see from the journal's chart, pictured below, back in 1900 people were frequently being killed by things like diphtheria, pneumonia and tuberculosis. Those last three represented the most frequent causes of death on record, accounting for nearly 400 out of every 100,000 deaths.

Nowadays, while still deadly — especially for the very young, very old, or those with weakened immune systems — pneumonia has been relegated to the back of the list, distantly behind the top two killers, heart disease and cancer.

It's hard not to imagine that the advent of the American obesity epidemic has something to do with heart disease's place on the modern list, and the report details that this was something researchers feared as far back as the early 1900s. In fact, it's possible that our life expectancies are now decreasing instead of increasing. From the study:

Optimism about prospects for the health of future populations persisted but remained tempered by concern about the pathologies of civilization. An obesity epidemic, feared in 1912, has come to pass. Our previously steady increase in life expectancy has stalled and may even be reversed (2005).

Of course, if you took a look at a cause of death chart from back in the day, when diseases were far less understood, and familiar symptoms could easily lead to a erroneous diagnosis, you might find it pretty surprising. Just for fun, here's what people were "dying from" over two centuries ago — this image, of Boston's Bill of Mortality in 1811, was included in the journal's report.

Actually, scratch what I said, that isn't very fun at all. Actually, the world seemed like a pretty scary place back then. In spite of the fact that you might have to worry about heart disease or cancer a hell of a lot more now than in centuries past, at least you're not likely to die of mortification.

Images: The Burden of Disease and the Changing Task of Medicine/New England Journal of Medicine (2)