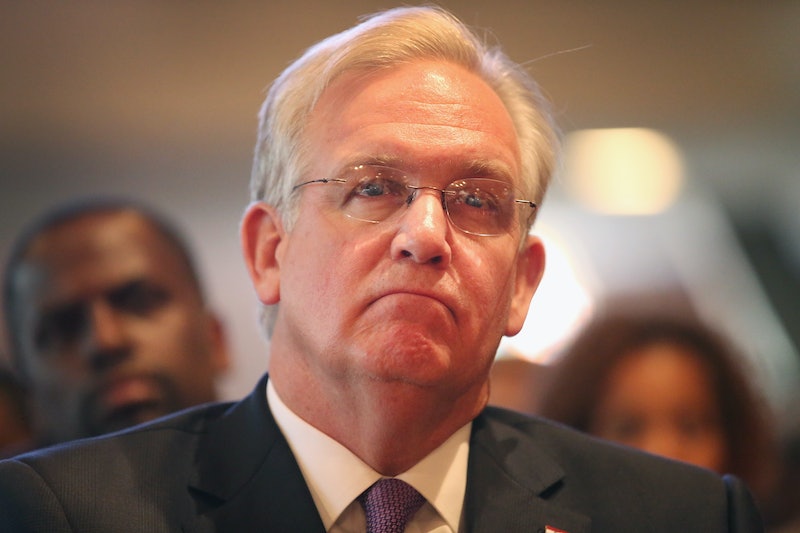 With a grand jury decision whether to indict Ferguson police officer Darren Wilson for the killing of 18-year-op Michael Brown widely expected to come any day now, Missouri Governor Jay Nixon's declared a state of emergency, furthering speculation that state and local authorities are prepping for a non-indictment, anticipating an angry response from protesters in Ferguson. Nixon had made it clear in recent days that an overwhelming state response might be coming when the decision is made public — he'd previously announced that 1,000 national guard members could be called into Ferguson, warning that "Violence will not be tolerated. Residents and businesses of this region will be protected."

This, however, is a dramatic step forward. To call a state of emergency before the decision has even been announced — the order insists that this is about contingency regardless of how the grand jury decides — seems to suggest a near certainty that people are going to be upset.

The extent of the warnings and preparations for a possible non-indictment have sparked some controversy recently — it's not uncommon for authorities and the media to be very worried about black protesters rioting, in spite of the fact that chaos and violence is clearly an equal-opportunity game. That said, even the Brown family themselves have spoken out against any possible violence, saying they do not condone such actions.