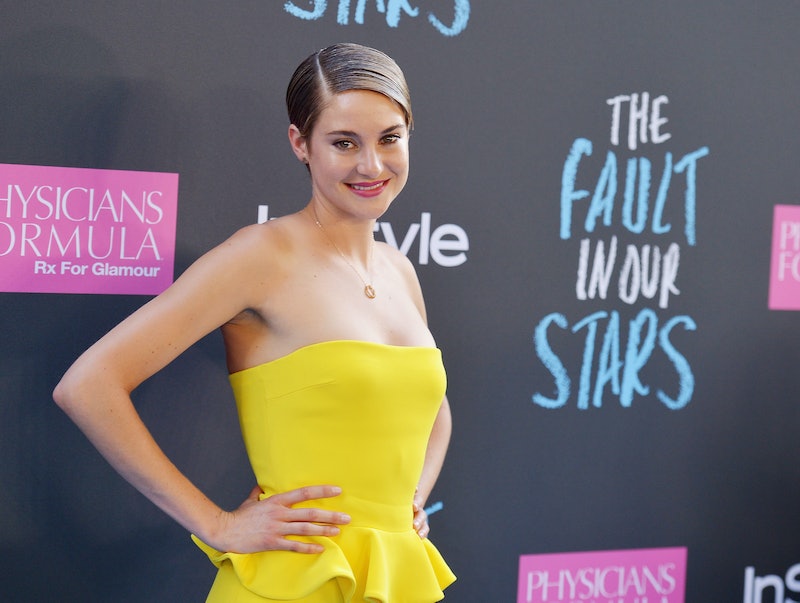 Shailene Woodley is not shy about being a fan of controversial projects. The Fault in Our Stars actress, who just turned 23, is reportedly in talks to star along Joseph-Gordon Levitt in the upcoming Edward Snowden biopic helmed by director Oliver Stone, according to The A.V. Club. It'd be a sound fit for Woodley, whose roles so far have been diverse, emotional and even political.

Stone has already begun shooting his film about the NSA whistleblower. The screenplay is based on two books, Luke Harding’s The Snowden Files: The Inside Story Of The World’s Most Wanted Man and the yet to be released book from Snowden’s Russian lawyer, Anatoly Kucherena, Time Of The Octopus. Who better than Oliver Stone to direct such a salacious tale of government secrets and transparency? Woodley definitely has the chops to play opposite Joseph Gordon-Levitt, playing Snowden; she'd be taking on the role of his girlfriend.

Besides, of course, The Fault in Our Stars, Woodley is also the star of the young adult film saga Divergent, a tale of rebelling against a dystopian government. She also recently appeared in White Bird in a Blizzard where she did a number of nude scenes; of the film, Woodley told Bustle, "My opinion is that intimacy is a natural part of being a human being. Especially when you’re young, you’re exploring that part of yourself for the first time." She's all about truths, which is why she'd be a perfect fit for a movie about discerning and exposing the truth.

Woodley's brand of celebrity is definitely different from her peers, like Jennifer Lawrence and Emma Stone. I wouldn't say that she's not relatable, but she's different. She doesn't have a lot of worldly possessions. She literally eats clay. She's certainly quirky, but in such an honest and casual way that you can't even be irked by it. In The Fault in Our Stars, The Descendants and Divergent, Woodley has proven that she can perform roles that need a level of gravitas. She's an actor whose film choices all are apt reflections of her real persona, and an Edward Snowden biopic would be right at home on the roster.