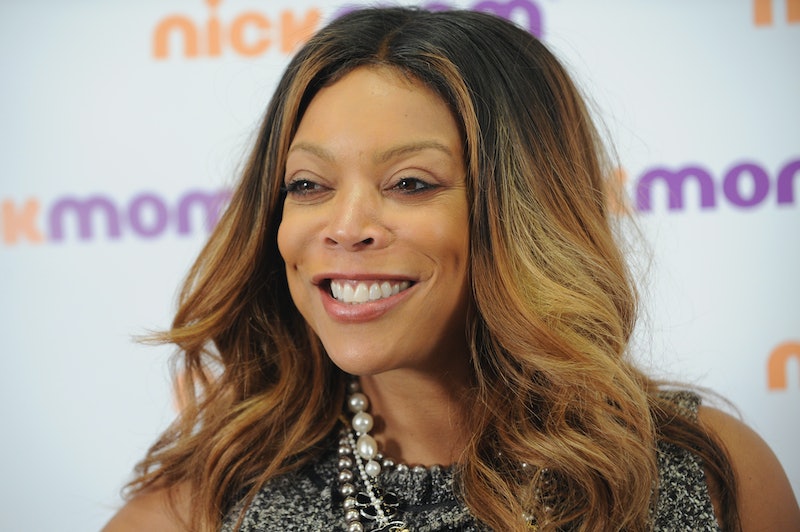 Whether you watched the Aaliyah biopic on Lifetime over the weekend or not, you've surely heard of the intense controversy surrounding it. The unauthorized biopic, Aaliyah: The Princess of R&B, was executive produced by Wendy Williams — even though Aaliyah's parents didn't approve the biopic and refused to give her permission to use any of Aaliyah's songs. Even though the original Aaliyah actress Zendaya Coleman dropped out of the biopic out of respect for their wishes and in response to the backlash, only to be replaced by Alexandra Shipp. Despite all odds and against the complaints of many, the biopic continued forward and was watched by millions. According to Williams, that's all that matters. Williams' response to the Aaliyah backlash was disappointing for a lot of reasons, but the fact that her best defense was ratings takes the cake.

To be honest, when it comes to the making of something like this, I find it unfair to put the burden of criticism on the actors and actresses. A job is a job and not everyone can be Ryan Gosling, who could probably spit on a camera and have millions turn up to watch him do it. However, Williams doesn't care if people find it disrespectful for her to ignore the wishes and input of the people who loved Aaliyah most and she certainly doesn't care if the response to the film is largely negative. None of that matters to her.

"I see my Aaliyah movie broke the Internet this weekend,” she said on her talk show, The Wendy Williams Show. “Everybody's got an opinion. Well, I must tell you: Whether you loved or hate, you watched... It was the second highest-rated movie on all of cable this year, so far."

To point to them as an indication of success undermines everything that Williams has said before; although she claimed in the past to want to do her best to bring Aaliyah's story to life in a tasteful and respectful way, this response instead makes it seem like she just wanted to make money. The fact of the matter is that Williams handled this situation badly. If she were going to respond to the backlash, then I wish she had done something a little more thoughtful than this. A simple, "I'm sorry you felt that way about the biopic," would have sufficed, even if it wasn't any real sort of apology. To throw a blanket dismissal over everyone's concerns because, after all, they watched it anyway was just an unfair and kind of insensitive statement to make about the controversy.