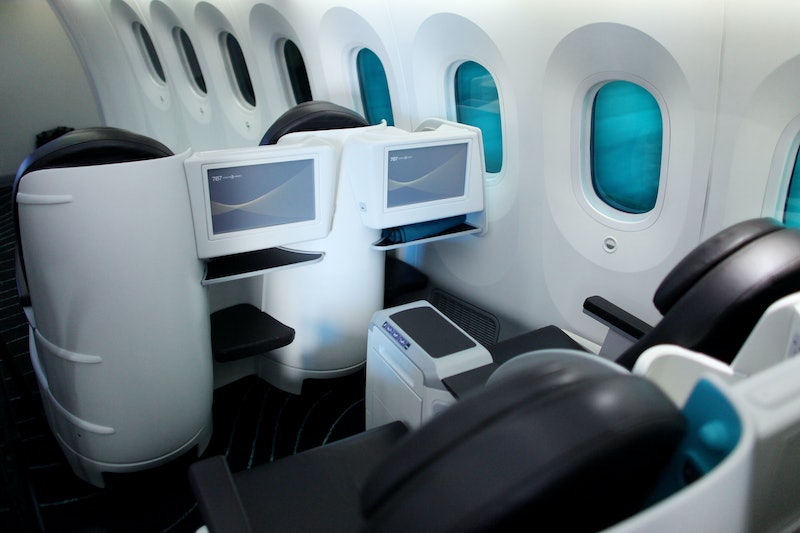 By now we all know just how luxurious Singapore Airlines is, but this is a little over the top. We're not talking about California king beds in the cabins or hot tub suites. One man witnessed the airline's excess in a much less desirable way when Singapore Airlines charged Jeremy Gutsche $1,200 for Wi-Fi on a flight earlier this month. Gutsche detailed his experience in a blog post, in which he listed some specific examples of his Internet activity and how much each action might have cost (hint: uploading a document probably cost him the same price as some flights). And you thought data roaming charges were bad.

Gutsche, who is the CEO of innovation and viral news site TrendHunter.com, was flying from London to Singapore when he paid $28.99 for 30 MB of data. After he stepped off his flight, he received a bill for $1,171.46. That's $29 for the actual Wi-Fi package and a whopping $1,142.47 in overage data charges. Gutsche decided to do some sleuthing to figure out how the airline could have possibly come up with that total, especially since he claims he spent most of the flight sleeping. While he admits that the Singapore Airlines did disclose the price per MB in the fine print, Gutsche just didn't think he would end up using so much data.

In a blog post titled "Airplane Internet Gouging: Singapore Airlines Billed Me $1,200 For the Internet," Gutsche listed the Internet activity that racked up the exorbitant bill. He counted his page views, which was 155 in total, and mostly to his emails. That seems pretty reasonable, not too excessive for a 13-hour flight. But here's what really gouged him: he uploaded a 4 MB PowerPoint presentation to his email, which took about an hour with the Wi-Fi's slow connection. He estimates that the document probably cost him $100 to upload, "so I hope my team liked it." And he even sent an email to his team warning them that the upload would take a while, and he thinks that email probably cost him another $10. The calculations are still nowhere near $1,200, however.

The Wall Street Journal reached out to OnAir, the inflight Wi-Fi provider for Singapore Airlines, and the company responded that their pricing process was "entirely transparent." The company pointed out that users have the option to be automatically disconnected once they reach a price limit and a visual tracker shows you how much data you've used during the entire duration of your Wi-Fi use. If Gutsche racked up $1,200, he must not have chosen these options and was likely doing some data-heavy stuff. OnAir said in a statement:

In an interview with the WSJ, Gutsche revealed that despite the airline's reaching out to OnAir on his behalf, he still has to pay the full amount. And in his opinion, full transparency over a ridiculous policy doesn't make the policy any less absurd. He told the paper:

Just because someone agrees to terms and conditions doesn’t mean those terms are ethical. I think the overage model is excessive and I can imagine someone like my mom, or a family, or a backpacker going aimlessly over.

Don't forget about yourself there.

To give you some reference, here's what you can actually do with 30 MB of data, according to Smart Communications' announcement of its #SmartFreeInternet promotion:

While it's unclear whether Gutsche uploaded anything to social media or streamed any music, he did view 155 webpages, send an email, and upload a heavy file. Neither Gutsche nor Singapore Airlines divulged how much data he ended up using, but we can only guess that it was a lot more than 30 MB. So, the moral of the lesson? Should you choose to go online while flying, keep track of your data usage, opt to end your connection once you reach your price limit, and don't binge watch Gilmore Girls on Netflix.