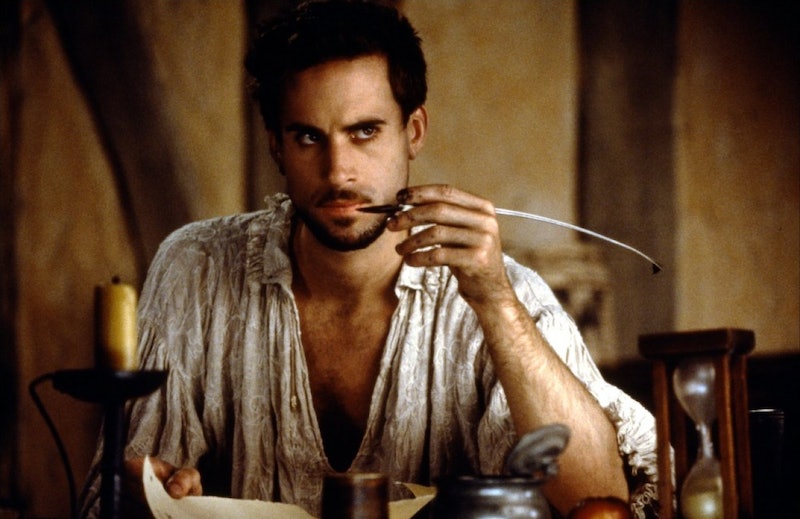 For those of us still reeling from the less than classy choices for Oxford Dictionary's word of the year, we have two options now: move to Mars (I'm assuming nobody puts "bae" in the dictionary there), or take comfort in the fact that some words that actually have significant meaning behind them still exist. Some words and phrases, in fact, have existed for a long time. There are a whole slew of things that we're still saying on a daily basis that are actually terms originally thought up by Shakespeare.

In fact, Shakespeare and his words have had our backs since way before any of us were even born. (I might be making some unfair assumptions if any of you happens to be immortal.) He has provided you the script to everything you might encounter in life, through every awkward social situation, every shrug-worthy moment, every time you fell in love with the daughter of your mortal enemy and threatened to commit joint suicide to be together. Odds are you've probably already said something coined by Shakespeare at some point today. Here are just a few of the common situations that merit a Shakespearean phrase:

How You Described Your Mid-Semester Finals To Your Parents

"What's done is done" is originally from Macbeth.

How now, my lord, why do you keep alone,Of sorriest fancies your companions making,Using those thoughts which should indeed have diedWith them they think on? Things without all remedyShould be without regard: what's done, is done.

"Kill with kindness" is originally from The Taming of the Shrew.

This is a way to kill a wife with kindness;And thus I'll curb her mad and headstrong humor.He that knows better how to tame a shrew,Now let him speak: 'tis charity to show.

"Love is blind" is originally from The Merchant Of Venice.

Here, catch this casket; it is worth the pains. I am glad 'tis night, you do not look on me, For I am much ashamed of my exchange: But love is blind and lovers cannot see The pretty follies that themselves commit; For if they could, Cupid himself would blush To see me thus transformed to a boy.

Everything that every described your heart

The Night Before That Big Job Interview

"Not slept one wink" is originally from Cymbeline .

O gracious lady,Since I received command to do this businessI have not slept one wink

"All that glitters is not gold" is originally from The Merchant of Venice .

O hell! what have we here?A carrion Death, within whose empty eyeThere is a written scroll! I'll read the writing.All that glitters is not gold;Often have you heard that told:Many a man his life hath soldBut my outside to behold:Gilded tombs do worms enfold.Had you been as wise as bold,Young in limbs, in judgment old,Your answer had not been inscroll'd:Fare you well; your suit is cold.

"Snail paced" is originally from Troilus and Cressida.

Go, bear Patroclus' body to Achilles;And bid the snail-paced Ajax arm for shame.There is a thousand Hectors in the field:Now here he fights on Galathe his horse,And there lacks work; anon he's there afoot,And there they fly or die, like scaled scullsBefore the belching whale; then is he yonder,And there the strawy Greeks, ripe for his edge,Fall down before him, like the mower's swath:Here, there, and every where, he leaves and takes,Dexterity so obeying appetiteThat what he will he does, and does so muchThat proof is call'd impossibility.

All The Blind Dates You Were Shenanigan'd Into Attending

"Break the ice" is originally from Taming of the Shrew.

If it be so, sir, that you are the manMust stead us all and me amongst the rest,And if you break the ice and do this feat,Achieve the elder, set the younger freeFor our access, whose hap shall be to have herWill not so graceless be to be ingrate.