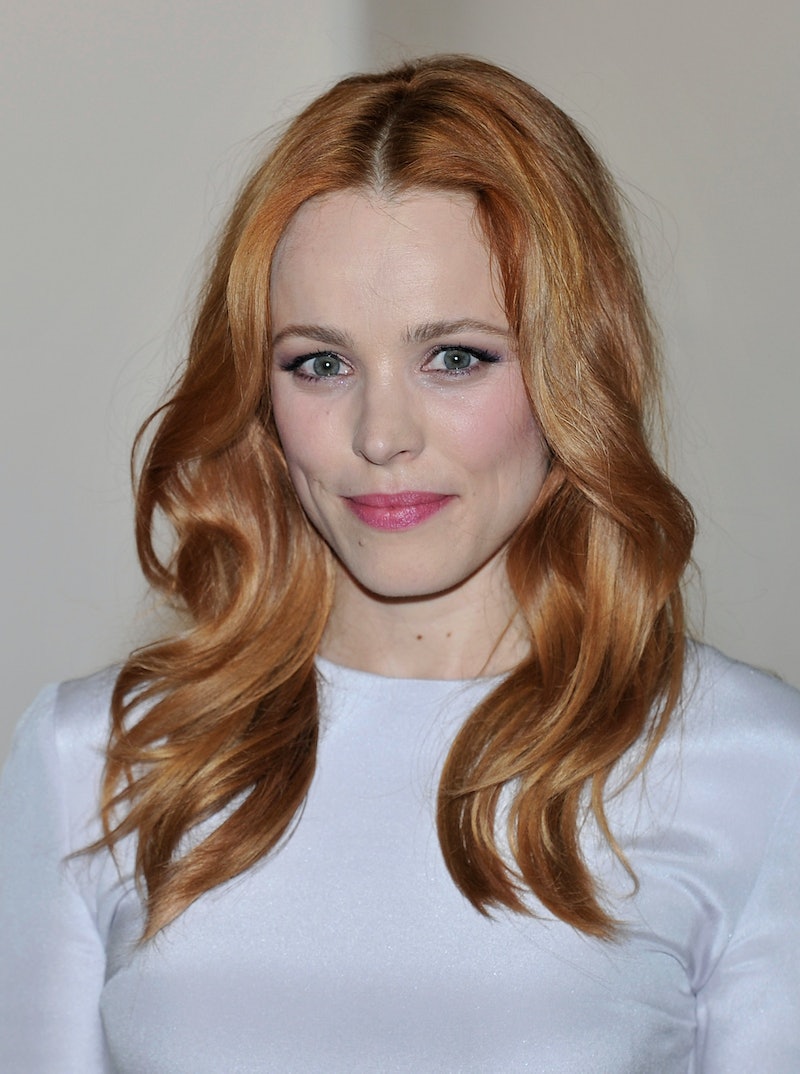 It's been seven years since Rachel McAdams and Ryan Gosling called it quits (yeah, it's been that long) and I'm still not over the fact that the real life The Notebook couple is no more. Yeah, yeah, I know, Gosling and Eva Mendes and their new baby are a super cute family together, but who doesn't love when on-screen couples are dating for real? I'm sure McAdams took their breakup way better than I did, and like her ex-boyfriend, she seems to have moved on. The real question is with who, though? Who is Rachel McAdams dating now? As far as my extensive research shows, the woman more commonly known as Regina George could honestly be dating anyone at this point... or, of course, nobody at all.

The rumor mill points to Jake Gyllenhaal, although I'm not sure I believe that pairing ever happened. They were seen out and about together all summer long, but their relationship was never confirmed. Plus, they're starring in the upcoming boxing flick Southpaw together, so it's highly likely that their hangouts were totally friendly, platonic get-togethers between co-workers. You know, like normal people tend to do. And as easy as it is to forget that celebrities are normal people, unfortunately, they are.

More realistic reports say that McAdams is dating music manager Patrick Sambrook, who she was caught smooching in chilly Canada back in May, which was supposedly near the start of their relationship. They've kept their relationship very low-key so far (can we blame her?), but made an exception on Nov. 17, when McAdams celebrated her 36th birthday. While she was on set in Toronto filming her latest project, Spotlight, alongside Michael Keaton, Mark Ruffalo, and Stanley Tucci, Sambrook stopped by with a bag of food to visit his gal at work. Super sweet, no?

Plus, even before Gyllenhaal and McAdams were spotted together, she was spotted out with Sambrook. Dinner outings, events, Tegan and Sara concerts... They sound like a fun couple, actually. I think I like them together.

For the sake of the happiness of everyone involved (including me), it sounds like it's finally time for me to let my dreams of her reuniting with Gosling, Noah and Allie style, go. But if McAdams ever shows up at Gosling's door with a box of letters she discovered that Gosling's been writing her every day since they broke up, I can't promise I won't say I told you so.