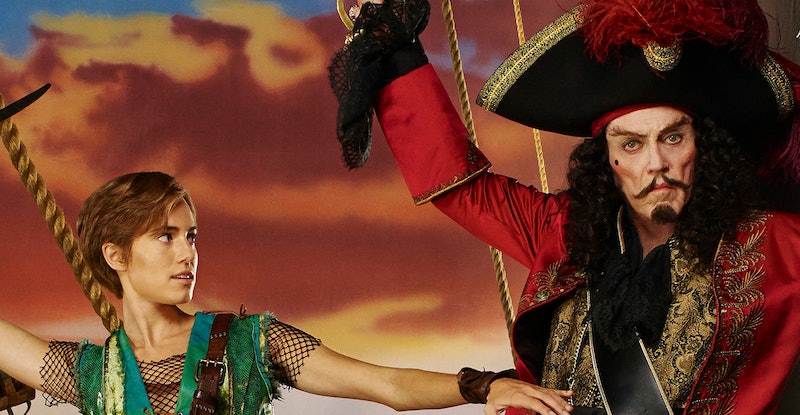 The countdown to NBC's next live musical production is well underway, and it appears Peter Pan Live is planning on taking some liberties. According to Entertainment Weekly, the production will be adding a number of songs to its ranks that were not present for the original. So how much will these alterations affect their attempts to win over the hearts of what NBC's hoping will be a mass holiday audience?

According to EW, the changes to the score include the addition of six songs, overseen by Amanda Green, daughter or original lyricist Adolph Green. As executive producer Neil Maron assured EW:

It fleshed out the show. It deepened the characters, it kind of drove plot more — which good songs do in musicals. Amanda was just wonderful in capturing the spirit of her father and [Green's partner] Betty Comden.

I'd wager these changes won't actually throw too many people off. There are your purists out there, of course — those who grew up with the 1954 Mary Martin version of the show might not take kindly to NBC moving the pieces around. But Peter Pan is not a story unfamiliar with alteration: It seems there are different interpretations of the story cropping up every few years now, from the 2003 Jeremy Sumpter-starring adaptation, to 1991's Hook, to Once Upon A Time 's decision to turn Pan into a villain and the upcoming adaptation that will feature Hugh Jackman as Blackbeard instead of as Captain Hook. Part of what caused the negative reaction to NBC's The Sound Of Music was likely the automatic comparisons that came with casting another blonde, white lady to play Julie Andrew's part. Similarity mixed with iconicity breeds that kind of reaction.

Both Peter Pan and The Sound Of Music are iconic, but people are much more used to Peter Pan's story and general milieu being effed with. I predict that, come Thursday, Dec. 4, we'll be seeing a lot less territorial offense over this one than we did Sound Of Music. It probably won't go completely unnoticed, and we'll likely still get our fair share of amused live-tweeting, but on the whole I'd wager there'll be a lot less nitpicking over which songs were in the original stage versions and which were not.

Witness a bit of the show in one of the latest promos:

More like this
After 'Heartstopper' Used This Indie Artist’s Song, Streams For It Soared 8,000%
By Alyssa Lapid
Watch The Dramatic First Trailer For Netflix's Jennifer Lopez Documentary
By Alyssa Lapid
Lisa Marie Presley Reviewed Baz Luhrmann’s ‘Elvis’ Movie On Twitter
By Grace Wehniainen
'Dirty Dancing's Jennifer Grey Wants Harry Styles To Be The Sequel’s Love Interest
By Grace Wehniainen
Get Even More From Bustle — Sign Up For The Newsletter