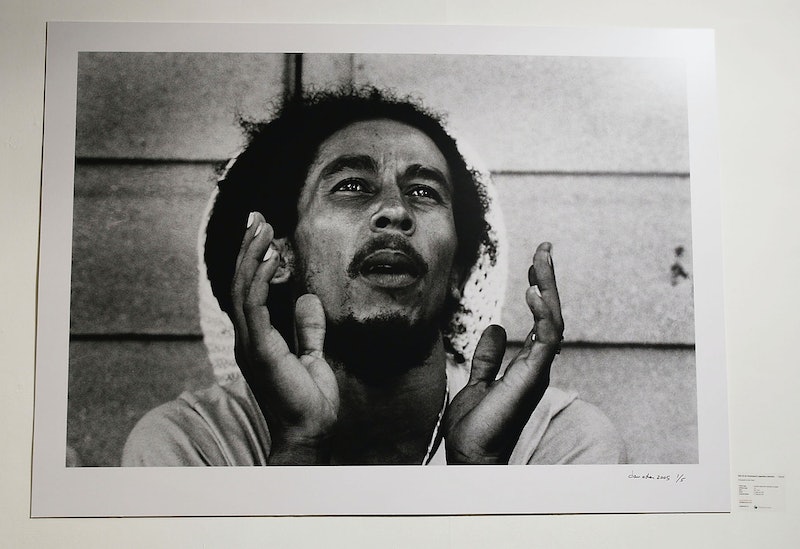 This is the moment that all those Bob Marley fans have been waiting for. On Tuesday, Bob Marley’s family announced the creation of Marley Natural, “the world’s first global cannabis brand.” As public opinion on the use and legalization of marijuana changes (Oregon and Alaska recently legalized recreational marijuana) Bob Marley’s family is ready to have a place in the movement.

“It just seems natural that Daddy should be a part of this conversation,” Cedella Marley, Bob Marley’s first-born daughter, told NBC News.

The Marley Natural will sell “the herb,” heirloom cannabis strains that include some of Bob Marley’s Jamaican flavors. The company will also sell products that might look a little different from the joints that Bob Marley is known for, particularly “cannabis- and hemp-infused lotions and balms made with Jamaican botanicals.”

Although Bob Marley was a supporter of the legalization of the drug, fans may be hesitant about the capitalism behind Marley Natural.

“You can depend on Bob, too,” assured Rita Marley, Bob Marley’s wife. “He’s 100 percent behind what is happening. He’s happy because this is what we dreamed of.”

Privateer Holdings and the Marley family began discussing the possibility of working together in early 2013 and quickly realized their common values – social change, environmental sustainability and building a professional, responsible and legal cannabis industry. Privateer Holdings is committed to ending the social harms caused by prohibition, just as the Marley family carries on Bob’s vision of social justice through their charitable and business ventures. The Marley family’s strong commitment to sustainability will be carried forward by Marley Natural’s use of organic growing mediums and fertilizers.

Marley Natural plans to begin selling its products in late 2015. And hey, the man did say "legalize it, don't criticize it," right?

More like this
How To Fight For Reproductive Rights, Based On How Much Time You Have
By Courtney Young
The Music Industry Continues To Fail Black Women
By Precious Adesina
17 Genius Things You Can Do With Old Clothes That You Can't Donate
By Brittany Bennett and Dominique Norman
How To Master Baby Braids, According To TikTok
By Tomi Otekunrin
Get Even More From Bustle — Sign Up For The Newsletter