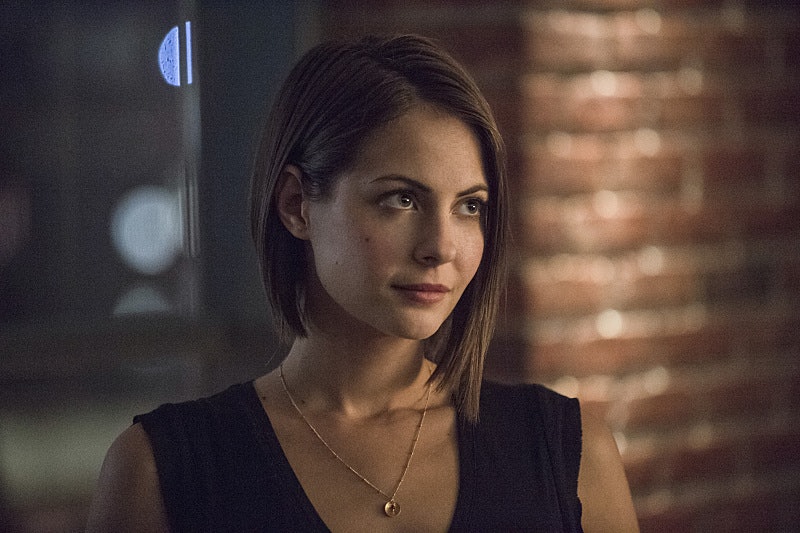 Now that Thea's back in Starling City, everything actually appears to be coming up Thea. She's got that huge expanding apartment, what appears to be a good head on her shoulders again, and she has picked right up where she left off with Verdant. She even seems to be fixing things with Roy — slowly, of course. But that whole torrid affair appears to be over and done with — for now. Thea's gone ahead and hired a new DJ for Verdant. Austin Butler will play DJ Chase on Arrow, who I imagine only gets down to sick beats for his boss lady. But now that the CW has added to the flock of attractive gentlemen already in Starling City, I have to wonder: will Thea move on from Roy with Chase?

Well, Thea and Roy can't be completely done, can they? It's been clear from the start of the season that Roy is still harboring some feelings for Thea: He hasn't even bothered to change the background on his phone, even though Thea had been MIA for five months already. Plus, while it's not necessarily entirely his fault, Roy really does blame himself for Thea's departure to Camp Dark Archer (even if no one actually knows she was spending her summer there).

When Thea returned to Starling City, she and Roy patch things up so they can at least be on friendly terms. Thea even goes so far as to ask Roy to become her assistant manager at the club, which is a huge olive branch thrown his way. He gladly accepts. Maybe he has ulterior motives to win Thea back by the end of this season, or maybe he's actually OK with the new path these two are taking. Either way, Roy's going to be at Verdant to see Thea fall into DJ Chase's arms.

The Chase character description announced with Butler's casting states that, "[his and Thea's] professional relationship will quickly blossom into a romance." I'd say that's a pretty clear indication that Chase is Thea's new man in town, at least for the time being. But will Thea really move on completely from Roy? Or is she still holding onto some lingering feelings like Roy is?

Thea's summer fun has certainly made her more of a closed off person than she ever was before, and if she's still holding onto feelings for Roy, we haven't seen them manifest yet. Still, I like to think she's still got feelings for Roy, but that she's still so mad at him for everything that happened at the end of last season, she doesn't know what to do with her displaced feelings. So even though she's got a new DJ boyfriend, I'll bet somewhere deep inside she's still thinking about Roy.

Then again, Chase might be so dashing and "charismatic" (that's what the casting announcement calls him) she's quickly swept off her feet and feeling like, "Roy, who?" Then again, Chase could be another hidden comic character on Arrow, and even though he's wooing Thea, his attention is directed at Oliver.

And while we'll know the answer to our questions soon enough, I can't help but wonder if The Flash employ more of its incredibly topical pop culture references, and have Chase play some TSwift at Verdant. That's the more important question, if you ask me.