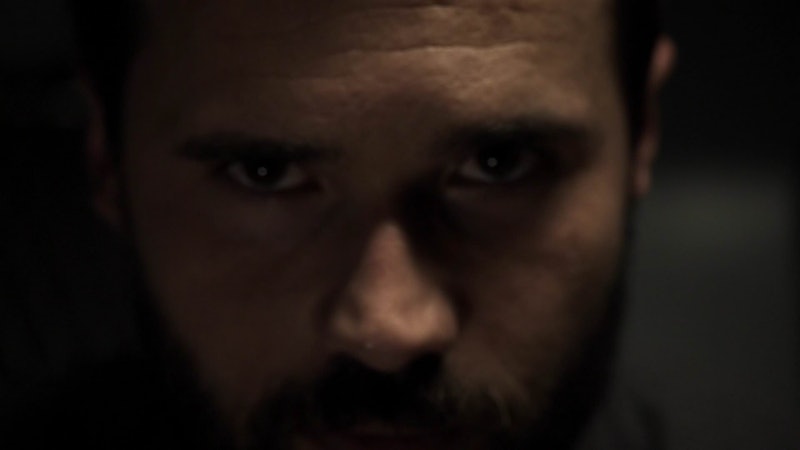 Okay, I think we can finally put "will Grant Ward be redeemed" to rest on Agents of S.H.I.E.L.D. Last week, Grant Ward delivered Bakshi to Coulson and his coworkers. So it seemed like he was not burning bridges with S.H.I.E.L.D. completely. He then kidnapped his older brother and took him to the well that their little brother Thomas Ward fell down so many years ago. Or was he pushed? We were treated again to Ward Dinner Theater, a series of back and forth lies and manipulation. At the end of the episode, Grant Ward presented himself to Daniel Whitehall and offered his services. He also shared some conspiratorial beard-stroking moments with Skye's Father at the Bad Guys Coffee Table. Whats more, a news report revealed that Grant finished the job he started as a juvenile. He burned down his parents house with his parents and Christian in it. Can we finally admit that Agent of S.H.I.E.L.D.'s Grant Ward is a villain? I hope so.

Senator Christian Ward, it appears, is not all good himself. He finally admitted to trying to kill Thomas Ward in "the well" incident. The two older brothers were tortured by their mother. She loved little Tommy the most. Christian wanted to end it. He wanted her to feel their pain, but tried to get Grant to do what he could not. But still, Ward tortured that confession out of him. How am I supposed to know for sure that Christian didn't just tell Grant what he wanted to hear to avoid being buried alive in the well? Grant used that confession to implicate his brother in a murder suicide. Clearly that was his plan all along. So I'll never know which Ward to trust.

Plus, now that we know that The Doctor has it out for Whitehall instead of Coulson, which side is Agent Ward really on? How much did Raina tell him about Skye's Dad and his goals? This isn't adding up, and I am still confused. There's too many shades of grey at play here.

We learned something else about the "Good" Senator Ward before he died. He has a wife named Anna — and mistress! Poor Anna. She doesn't deserve all this. Though, if I'm being brutally honest, perhaps she is better off.