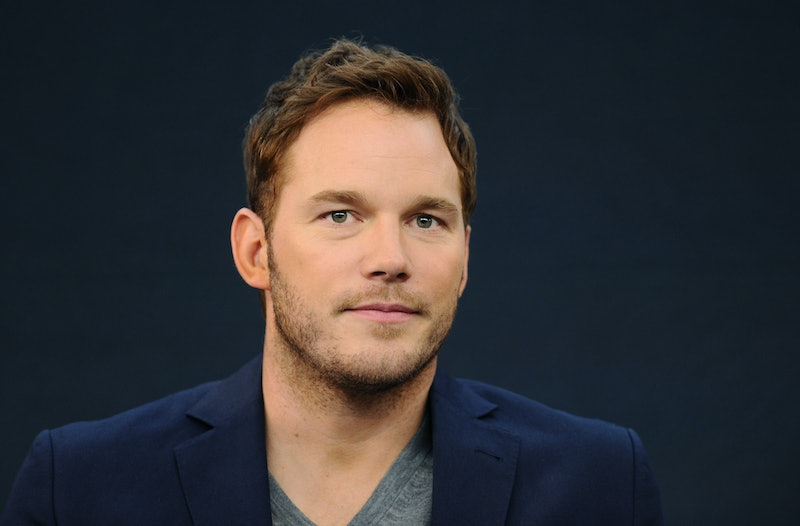 Before Thor fans jump down my throat, I'd like to point out that even Hemsworth was surprised to have received this cover. According to him, during his People Magazine interview, "I hit my peak a few years ago. I’m on the decline now." And while Hemsworth is far from being out of the public eye completely — and he never will be, because he's freakin' Thor — you can't deny that people are talking a lot more about the other Chrises than they are about him. The Holy Chrisfecta now goes in the order of Chris Pratt, Chris Evans, and then Chris Hemsworth, judging by who had the best movie in the Avengers universe. I would have expected Pratt or Evans to make the cover before I ever expected Hemsworth.

Honestly, it's nothing against Hemsworth at all. He's my favorite muscular puppy of a man. (No, wait, that's Evans...) However, you can't deny that the person in the Marvel universe whose star has been shining the brightest as of late is definitely Pratt. Not only did Pratt host the premiere episode of Saturday Night Live, but he's practically America's darling every time he opens his mouth about almost being the first "overweight superhero" or sharing baby Pratt pictures of his horrible headshots from when he was just starting out. He's far more popular now than he ever was playing Andy on Parks and Rec; who doesn't love Pratt at this point? Anyone? No? Okay.

That's not to say that there are Hemsworth haters out there. It's more like Hemsworth apathetic-ers. If there's a Hemsworth to be spoken about, it's usually Liam that comes first to people's minds — especially this close to the release of The Hunger Games: Mockingjay — Part 1. We won't be seeing Hemsworth again in a highly-anticipated film until The Avengers: Age of Ultron and most people are talking more about whether or not Tom Hiddleston will be in it than anything involving Thor's role. Basically, Hemsworth is sexy, that much can't be denied, but there are equally sexy guys who are receiving a lot more buzz than he is. Like, oh, say, Pratt.

Believe me, I'm not trying to make Hemsworth feel bad about himself. He's a good-lookin' dude. And he seems like a great guy. I'm just saying that — like when Bradley Cooper was chosen as Sexiest Man Alive over Ryan Gosling — it's quite possible that People might have made a bit of a calculation error here. Pratt has never been sexier than right now, whereas Hemsworth's sexy factor will increase a lot more around the time Thor: Ragnarok comes out in 2017. But I suppose there's nothing that can be done about it now. Don't worry, Pratt. You might not be People Magazine's Sexiest Man Alive, but you're the Sexiest Man Alive in my heart.