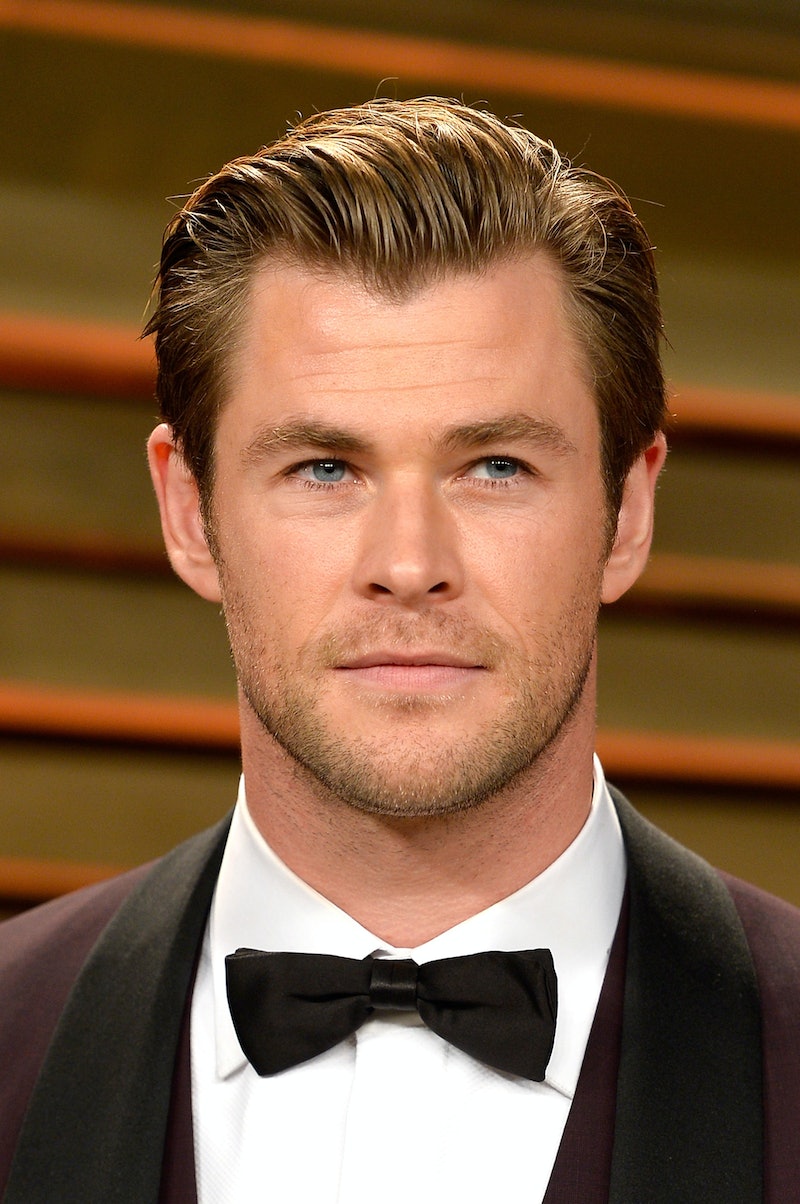 Does everyone else define their lives into intervals between the announcements of People's Sexiest Man Alive? Is that just me? There's no other way to live! Most of those previously awarded the Sexiest Man Alive title aren't actually dead yet, so this announcement is very important in determining who we should be considering the current Sexiest Man Alive on a year-to-year basis. We'd never know otherwise. In 2014, Chris Hemsworth was named Sexiest Man Alive, and it's an honor that was well-deserved, even if he had some stiff competition for the cover that others might have liked to see instead. (Like, say, Chris Pratt from Guardians of the Galaxy.) However, Hemsworth's election to the position of Sexiest Man Alive highlights an issue that People Magazine has when it comes to this competition: he's, well, another white guy.

Australian actor Hemsworth plays Thor in The Avengers and its companion films, but even he admits that he's "on the decline" and was "flattered" to grace the cover of the magazine. There can be no doubt that he's a very beautiful, very attractive man. However, People has not had a Sexiest Man Alive grace its cover who was anything other than Caucasian since the 1996 election of Denzel Washington to the coveted position. In 2014, the top three are Hemsworth, Pratt, and Jamie Dornan, with the first man of color coming in fourth: Ki Hong Lee. He and Michael Strahan (number eight) are the only men of color in the top ten at all.

The 2013 ranking was actually better about this, placing Idris Elba in second place, Bruno Mars in fifth place, and Pharrell Williams in ninth place — though none of these men of color actually made it onto the cover. Meanwhile, 2012 was worse, placing Washington as ninth in the rankings and making him the only man of color on that top ten list. Essentially, while celebrities of color seem to ping-pong up and down the top ten on a year-to-year basis, it seems that none of them have the It factor that would enable them to become the actual cover star even 18 years after the last man of color lived that dream. And that's immensely disappointing because it's not like there's some kind of shortage of these celebrities.

Take for example Jason Momoa. Elba, who, as Taylor Swift would say, never goes out of style. Jesse Williams. Washington, for a second time, joining the ranks of double cover stars George Clooney, Johnny Depp, Richard Gere, and Brad Pitt. Essentially, even if you're a fan of Hemsworth — or, like me, believe that Pratt should have gotten the cover — it remains a glaring oversight that there is only one man of color to have ever been named People Magazine's Sexiest Man Alive in the entire 19-year history of this title being a thing.

Now I'm not saying that Hemsworth is not a perfectly fine candidate for this cover. He's amazing; he really is. However, I am saying that there doesn't seem to be any good reason for why all but one of the Sexiest Men Alive have been Caucasian when there are so many men of a variety of different ethnicities that get everyone's heart pounding when it comes time to see them at the movie theater. It's incredibly telling that even the Sexiest Woman Alive moniker, which has only been in use by Esquire since 2004, has been more diverse than its People Magazine counterpart: Halle Barry, Rihanna, and Penelope Cruz have all graced the cover to represent women of color. Why is the Sexiest Men Alive ranking so behind?

With the suspense over who would be named People Magazine's 2014 Sexiest Man Alive is over, I'm already looking ahead to the future with hope in my heart for change. It's too late for 2014, but can we please see some more diversity in this coverage come 2015 and even beyond? Surely, it isn't just Caucasian men that fit our traditional concept of what's considered sexy in today's world?