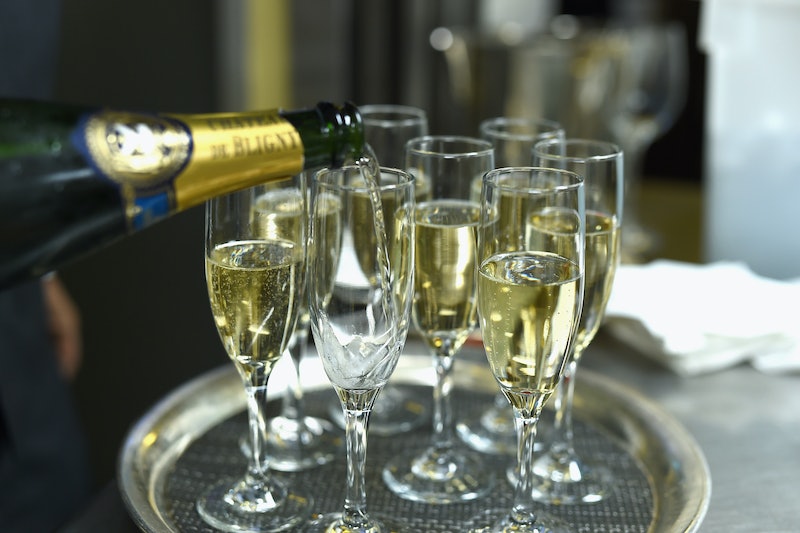 There’s really nothing better than an old-fashioned, secret-spilling, boudoir-baring literary biography. The life stories of the literati are often crazier than any fiction. Addiction, infidelity, attempted murder, bigamy — name a scandalous shenanigan, and some famous author or another has done it.

We all know writing and booze go hand-in-hand, but the exploits of celebrity scribes tend to go far beyond your average bender. Unfortunately, the burnout from all this bad behavior is generally as spectacular as the build-up. That's why I love me a good tell-all literary biography.

True, memoirs are having a moment right now, and for good reason — they’re fun to read. But the author/subject gets to control the content, carefully crafting the version of herself she wants the world to see. The purpose of a biography is to tell an entire life story — the good, the bad, and the ugly. I love getting the complete picture, questionable life decisions and all.

Edna St. Vincent Millay was one of the most famous poets of the Jazz Age, and the original bohemian. Beautiful, bisexual, and fiercely talented, she embodied the "New Age" woman of the 1920s. Millay smoked, drank, and had a string of lovers that included both men and women, purposely giving convention the bird and courting celebrity. Savage Beauty is the best biography I've ever read — Nancy Milford expertly brings the fiery and passionate Millay to life, chronicling her meteoric rise to fame and eventual decline into alcoholism and morphine addiction. It was Millay herself though, who described her magnetic, self-destructive personality best in her famous poem, "First Fig": "My candle burns at both ends; / It will not last the night; / But, ah, my foes, and, oh, my friends-- / It gives a lovely light!"

Capote: A Biography by Gerald Clarke

This biography was published in 1988, just four years after the death of Truman Capote, and Gerald Clarke based it on hundreds of hours of interviews with his subject and the people who knew him. Capote is universally remembered as a brilliant writer; his In Cold Blood , was groundbreaking. And how can you not worship the man who gave us Holly Golightly?

Capote's life was tragically short and marred by the three curses that seem to haunt the enormously gifted: alcoholism, depression, and drug addiction. But man, did this guy know how to throw a party. His famous Black and White Ball of 1966 is still regarded as one of the most glamorous, glorious events the city that never sleeps has ever seen. There's an entire book devoted to its epicness. Capote instinctively knew how to cultivate the spotlight long before the word "celebutante" ever existed, and he reached the pinnacle of high society. Unfortunately, this was followed by a lonely spiral into destruction and despair, but Capote's unparalleled appetite for life made him one of our most legendary literary figures.

Call Me Burroughs: A Life by Barry Miles

William Burroughs was the figurehead of the Beat Movement— the counterculture youth movement of the '60s that automatically brings to mind free love, widespread drug use, and orgies. That alone would make for an insanely eventful life, but he was also a writer, artist, performer, and relentless social critic. And a lifelong heroin addict who accidentally killed his second wife. (Despite being gay, Burroughs was married twice, both times to women.) Yep, he unintentionally shot her while drunkenly playing "William Tell" at a Mexican bar. (Below they play the game with a bow and arrow, but an apple is universally used as a target.)

Barry Miles does an admirable job of piecing together the life of a truly peripatetic and utterly original man, and I promise, you'll be riveted. You know that saying, "stranger than fiction?" I'm convinced it was originally used to describe Burroughs' life.

Dorothy Parker: What Fresh Hell is This? by Marion Meade

We all know and love Dorothy Parker as the queen of the witty one-liner. As well as being an endless supplier of clever zingers and a talented poet, she was also an accomplished and dedicated party girl. Here's my favorite Dorothy Parker poem: "I like to have a martini/ Two at the very most./ Three, I’m under the table/ Four, I’m under the host.” Gotta love a lady who knows her limit and then drinks past it anyway.

Marion Meade published this biography in 1989, but it's still the most complete account of Parker's life, from her role as a founder of the famous literary group known as the Algonquin Round Table, to her Hollywood screenwriting career. Sadly, her personal life was an absolute disaster, plagued by alcoholism, divorce, and suicide attempts.

Zelda Sayre was half of the most infamous literary party-pair of all time. F. Scott and Zelda Fitzgerald were booze-soaked, mentally unstable, serially unfaithful literary celebrities of the 1920s, whose drunken escapades were so epic they still echo down the centuries. Tragically, so does the story of Zelda's descent into madness and eventual death by fire in a mental institution. Nancy Milford has a way of really getting under the skin of her subjects (see Savage Beauty above), and Zelda comes to life vividly in this biography. She was a beautiful, charismatic woman, and a talented writer in her own right. Unfortunately her union with F. Scott was a joining of two addictive, self-destructive souls, and in the end it destroyed her.

Oh, Norman Mailer: He's like the poster-child for tantrum-throwing, ego-maniacal, addiction-addled creative geniuses. Basically, he's utterly fascinating, partially due to the fact that in many ways his high opinion of himself was totally justified. The man is one of the absolute giants of American letters, chronicling the events of his lifetime as novelist, journalist, biographer, and filmmaker. However, he also had a terrible temper, a serious drinking problem, and a total inability to be faithful. And he stabbed his second wife (altogether he was married six times) in the neck with a dirty penknife during a drunken tantrum.

Apparently being married to a literary genius can be a lethal occupation (see William Burroughs, above). J. Michael Lennon does an excellent job of capturing the many sides of Mailer, from gregarious good-timer, to insufferable egoist, and there's never a dull moment along the way.

There's nobody like Anaïs Nin. She was a true trailblazer, determined to free herself from societal constraints through artistic and sexual expression. Whether or not she accomplished this is debatable, but she made a valiant attempt. Nin is more well known for her diaries than her novels, which seem to be mostly pale imitations of her outrageously colorful life. She infamously seduced both Henry and June Miller, was married several times, and then became a bigamist. You may or may not agree with her tactics, but you'll likely agree that Nin lived life on her own terms, and even if her struggle to find herself led her down some strange paths, kudos to her for being brave enough to undertake the journey. Although there are more recent accounts of Nin's life, I prefer this one by Noël Riley Fitch because she writes about Nin like she wants to understand her, not judge her, which is more than I can say for more recent biographers.

With a nickname like Gonzo, one would (correctly) assume that Hunter S. Thompson was an avid imbiber of booze and drugs. Thompson was a true free-spirit... basically he was willing to try anything once. This is an excellent oral biography, with Thompson's friends (including Jack Nicholson, Jimmy Buffet, Johnny Depp, and Angelica Huston), filling in the details of his extraordinary and turbulent life. Thompson was a great writer, with a lifelong love of language of stories. And man, did he have stories, many fueled by exotic cocktails of drugs and alcohol. As Thompson was famous for saying, "Buy the ticket, take the ride."

Secrets of the Flesh: A Life of Colette by Judith Thurman

Before Simone de Beauvoir became the leading-lady of French letters, Sidonie-Gabrielle Colette was scandalizing society and titillating the masses with her frankly sexual novels and numerous affairs. Despite reaching the height of her fame in the 1920s, Colette was a thoroughly modern woman. She claimed to despise feminists, yet she was divorced twice, openly bisexual, and totally dismissive of the mores and values that dictated appropriate behavior. Really, Colette was probably the first honest-to-goodness literary superstar, the woman was an expert at capturing the spotlight. Judith Thurman's biography gives a thorough, detailed account of Colette's dazzling and flamboyant life, chronicling everything from her first affair at the age of 16 with a 30-year-old man, to her seduction of her stepson at the age of 47. Seriously, this woman did not care what anyone thought of her. This literary biography reveals a true rebel, who lived, and wrote, in her own inimitable style.