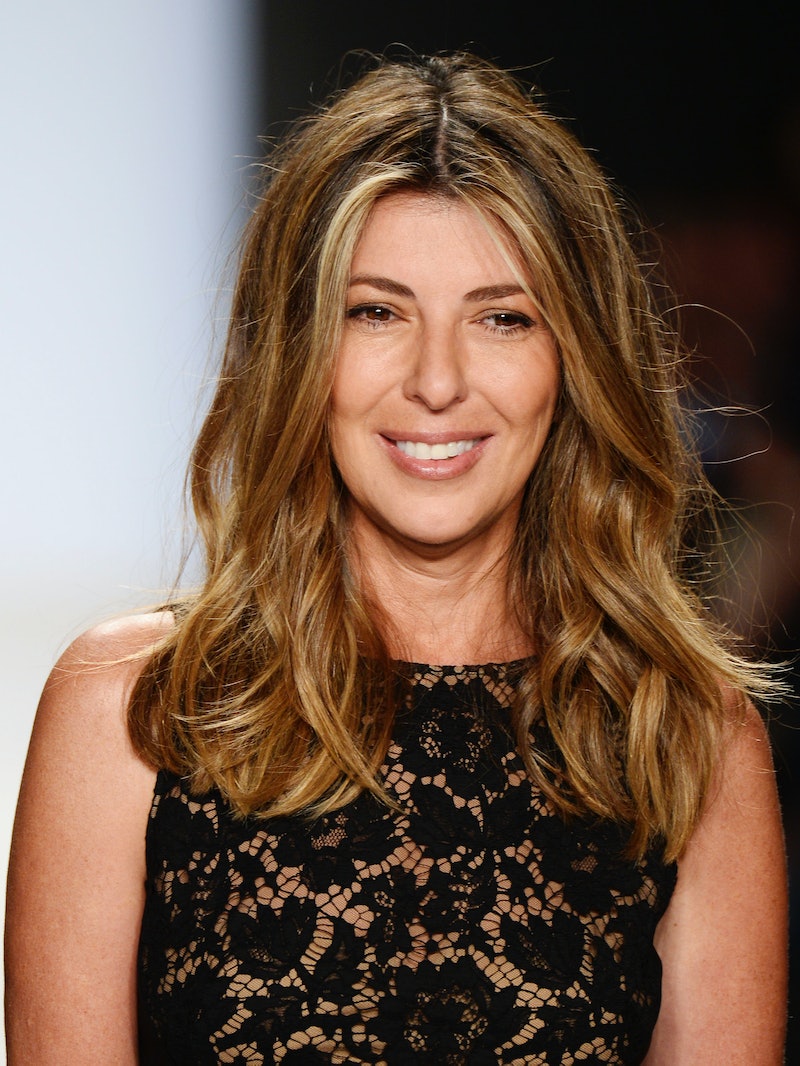 With Project Runway: All Stars in its fourth season, guest judges are getting more and more interesting. So far, we’ve seen celebrity guest judges like Donald Trump’s model daughter Ivanka Trump, Jersey Shore’s resident party girls Snooki and JWoww and legendary fashion designer Betsey Johnson. But even though she’s not a model or your typical fashion icon, Episode 4 guest judge Nina Garcia will be the most crucial judge of the season. Despite being the New York Times best-selling author of four books on style, Nina’s face will be familiar to anyone who’s kept up with Project Runway’s 13 seasons or sporadically binge-watched its marathons on Lifetime. The Colombian fashion guru will be the most helpful to this season’s all-star contestants because she has been playing the judging game for 13 seasons.

If you thought creating feminine designs out of construction tools was stressful, think again. Since the winner gets a spread in Marie Claire Magazine and a position at the magazine as Contributing Editor for one year, the pressure will hit an all-time high when the magazine’s Creative Director makes an appearance on the runway. Nina’s presence in the industry is extremely influential, but it’s also intimidating for anyone looking to impress her. The all-stars definitely have their work cut out for them if they want to get Nina on board.

Of course, we know Nina best as a regular judge on Project Runway, but do we know how she got there? Fascinated by fashion and clothing from an extremely young age, Nina has outstanding fashion credentials. Prior her position at Marie Claire, she studied fashion design in NYC and went on to become Fashion Director at Elle Magazine for more than a decade. I've got to say, too: it’s pretty impressive that she was able to manage all this and simultaneously publish four critically acclaimed books in the process.

More important than anything going into the season’s fourth episode, though, is that Nina already knows each of the contestants’ work. The interesting thing about Project Runway: All Stars is that every single contestant has been on the show before and some have even won. Because they made it pretty far in their own seasons, Nina has already seen and judged several of their pieces. The nerve-wracking part about it is that she was always the most difficult to please — and now the stakes are even higher.

Nina is the Simon Cowell of Project Runway, often using cruel but spot-on metaphors to critique the designers — and because this is All Stars, going easy on them just is not an option. In the fourth episode, Wear Your Heart on Your Sleeve, the clothiers will be expected to design flashy party dresses that express their personal relationships. As if that weren't difficult enough under the time constraints, they have to be extra careful to prepare for her criticism. The designers will have to quite literally dress to impress if they want a shot at making it past this round.

Lifetime has called Nina the “inimitable” judge because her knowledge and experience is unmatched. She has long-standing relationships with legendary designers like Michael Kors, Alexander Wang and Tom Ford, but she is also one of the biggest names in the fashion industry in her own right. I’m interested to see which contestants she actually remembers from their individual seasons and whether she thinks they have improved. If there was ever a guest judge to leave an impression on, Nina Garcia is it.