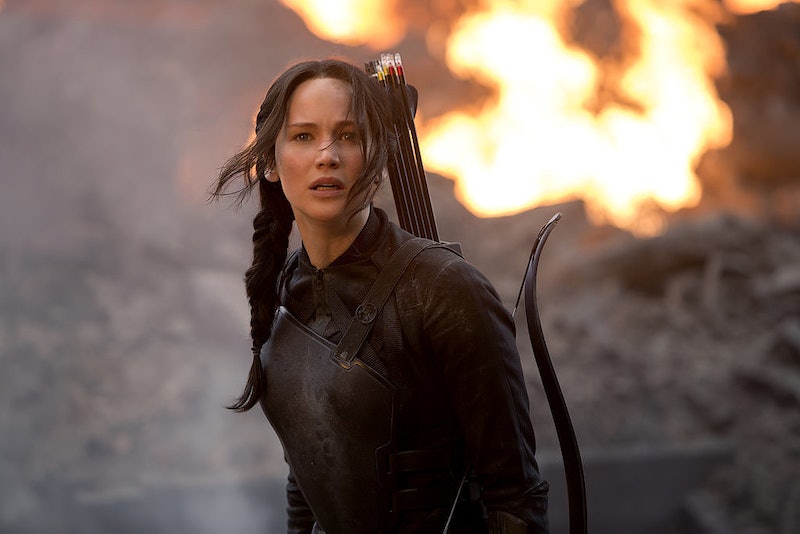 Warning: spoilers ahead. Whether you read the book trilogy or not, the wait for The Hunger Games: Mockingjay — Part 1 was torture. In the second-to-last film of the series, Katniss & Co. battled the Capitol instead of each other as they tried to save Peeta and Johanna from President Snow and rallied the districts to rebel against the government.

Considering that the final installment, Mockingjay — Part 2, won't hit theaters until November 20, 2015, we have a long wait to find out what happens next. And in turn, I have so many questions about what the heck happened during the movie and what's next. Notably, this is coming from someone who has read the books, but no book spoilers ahead — just ones from the movie. Read at your own risk.