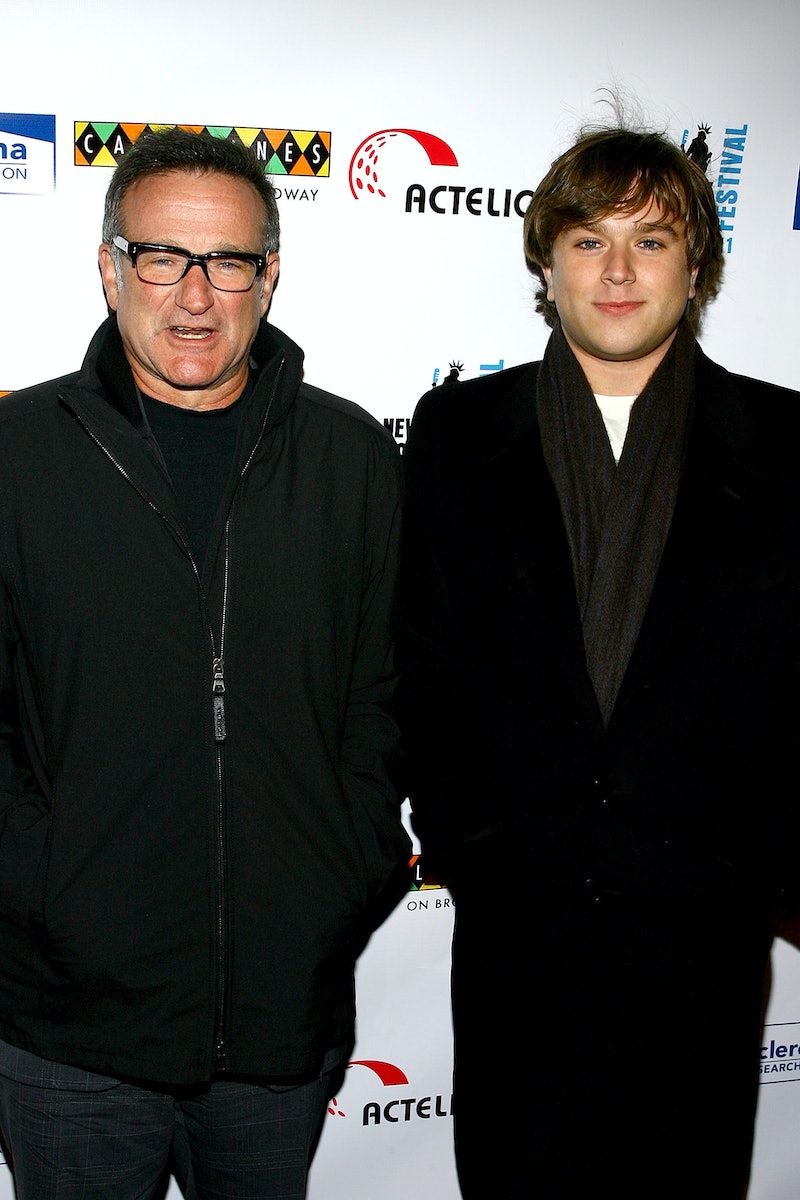 This is so emotional to see. In his first time speaking out since Robin Williams' tragic death this past summer, Williams' son, Zak Williams, revealed how he and his family are coping with life without his father. Speaking to Us Weekly at the recent Christopher & Dana Reeve Foundation fund-raising gala, Zak revealed that he and his family — including his younger half-siblings Zelda and Cody Williams — are "acclimating to the new normal" now that Williams is no longer with them.

"We're doing okay," Zak told Us of him and his family. "We're acclimating to the new normal. Everything is step by step. Personally, my wife and I are focusing on doing a lot of good. She runs the San Francisco office of Human Rights Watch, and we're working with them to do good in the world."

Previously, Zak's sister Zelda spoke to honor her late father as well, sharing sentimental photos and emotional messages on her Twitter account. She's also bravely taken steps to help end the stigma against mental illness, as her father himself suffered from bipolar disorder and depression for decades before his death this past August.

While it's still heartbreaking to see this family coping with such a great loss as that of their father, it's also comforting to see that they're all making efforts to stay strong and inspirational during this tragic time. In a way, their strength undoubtedly helps comfort the millions of fans that Williams touched the lives of with his comedy, who still grieving the loss of the legendary entertainer.

Williams passed away at the age of 63 this past August.