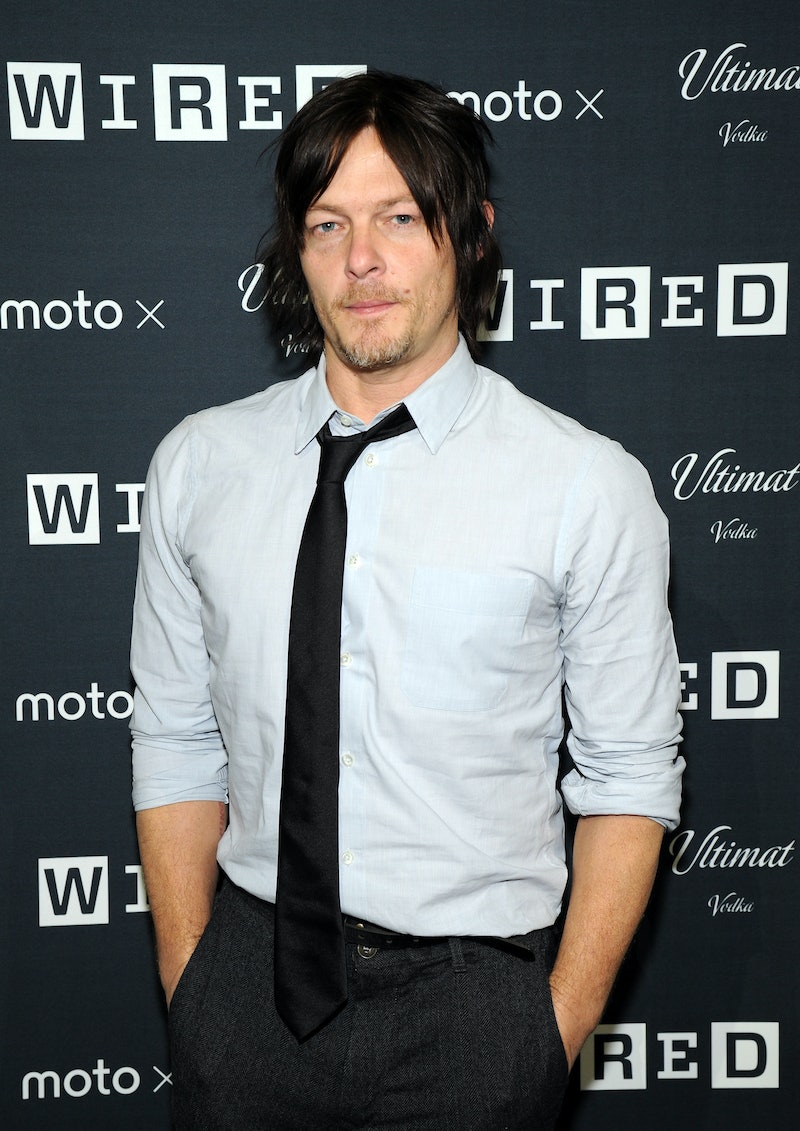 The latest episode of The Walking Dead, while tense in certain parts, was kind of a big let down. Compared to last week's incredible episode that centered around Daryl and Carol's attempt to save Beth, this week was more of a slow burn (like, really, REALLY slow). Besides those fantastically gooey walkers melted into the pavement, we got a whole lotta nothing. Thankfully, the promo for the midseason finale "Coda" promises not only the intense meet-and-greet between Rick and Dawn that we've all been waiting for, but something so tragic that it made Norman Reedus (aka Daryl) cry.

The main part of the promo showed Rick's supposed negotiation with Grady Memorial's HBIC Officer Dawn in a deserted Atlanta parking lot, watched over by snipers in the form of Sasha and Daryl on a nearby rooftop. It also featured flashes of Beth and Carol being held captive, with Beth serving up some major real talk to whoever it is she's trying to motivate or negotiate with in the hospital. She says, "You have to do whatever it takes. This is who you are until the end."

Reedus updated his Facebook page with a snippet of a TV Guide interview he did, which reveals something about next week's episode is going to push Daryl to the edge:

Reedus describes the hour’s final moments as so devastating that they unleashed an intense wave of feelings before the cameras rolled. “I sat on an apple box with my head between my legs and just balled for an hour,” he says. “I really wanted not to tear up during [the scene] — I wanted to be like I wasted every tear in my body before we started shooting — so I just sat there and cried and cried and cried.”

What could it be?! Since Daryl is closest with Carol and Beth, something tells me those two characters might not make it out of the midseason finale totally unharmed. Carol is one of the strongest aspects of the show right now, and her death would be a major loss. Beth, too, has grown, and given her recent maturity and can-do attitude, I could see her sacrificing herself to save the rest of the crew. Technically she already did that to help Noah escape, right?

If Season 5's midseason finale is anything like last year's bloody showdown between Rick's group and The Governor (RIP Hershel), then it's safe to say next week's episode is going to bring the feels. The promo didn't give us much, but if any scene is strong enough to make Norman Reedus cry, we better prepare ourselves for the worst.