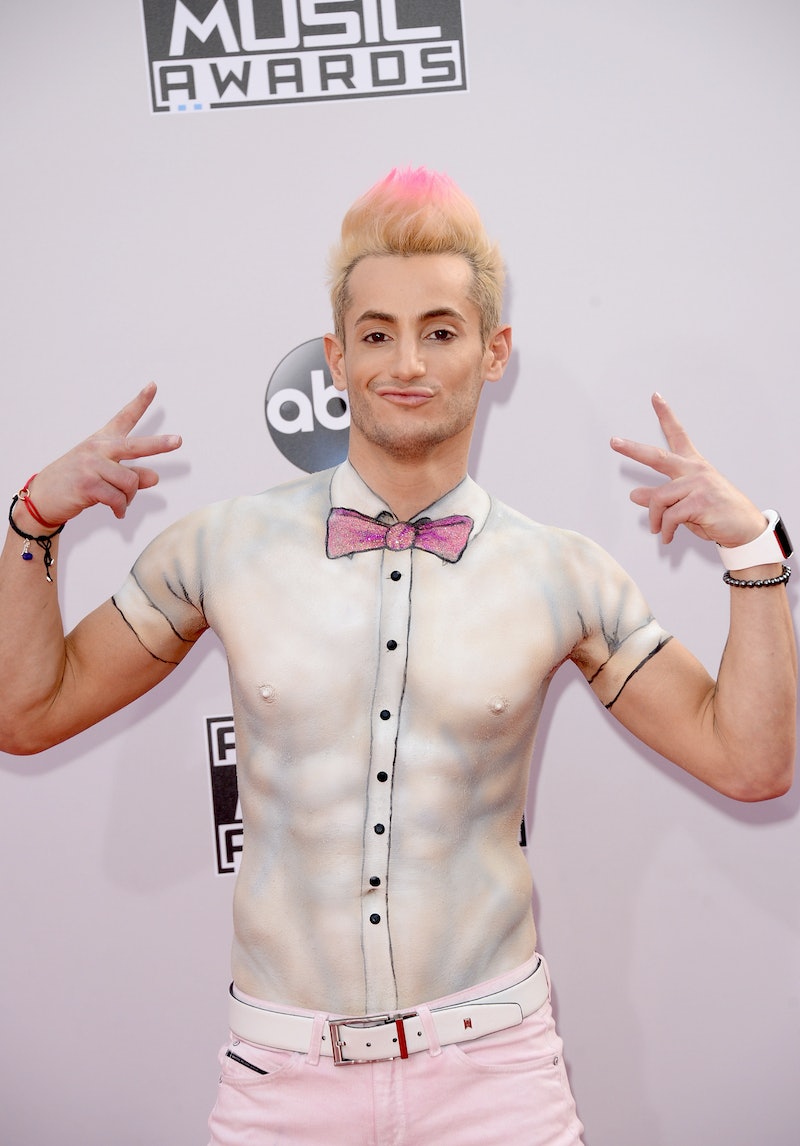 Dancing in the front row: originally made cool by Taylor Swift — officially remixed by Frankie Grande and Khloe Kardashian. The 2014 American Music Awards have featured a lot more emotional T Swift (those tears during Selena Gomez's performance stole my soul) and a lot less awkward-dancing T Swift. But, in the absence of her now-infamous moves, we got something better — Frankie Grande and Khloe Kardashian dancing together at the AMAs is your new favorite dancing-celebrities gif. And, as if you weren't already obsessed with Grande's AMAs body paint, you definitely are trying to go to the club with him this weekend.

The camera caught Frankie and Khloe breaking it way down during the premiere of Lil Wayne and Christina Milian's new song, "Start a Fire." And it is so perfect that you almost want to be all like: T Swift who? OK, fine, we can't ever forget about Taylor — but Khloe and Frankie are having more fun than anyone at this entire show. Which isn't a surprise, considering the entire reason Khloe came to the AMAs, according to her red carpet interview with Giuliana Rancic, is because it's the most fun concert ever.

Just look at them killing it with this hip-bump and Frankie's fluttering hands:

Someone get a camera on these two for the rest of the show. I'm begging you.