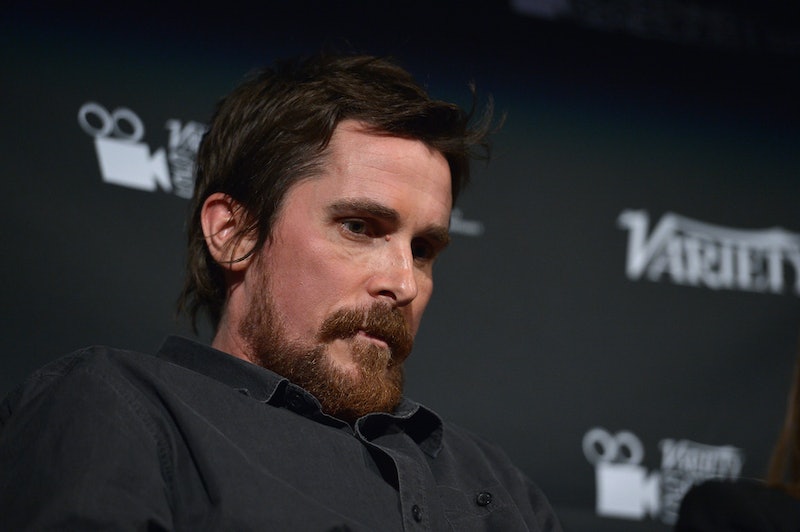 It turns out the reaction to Ben Affleck's Batman casting in Batman V. Superman: Dawn Of Justice went beyond the chaos it wrought on social media. In fact, it reached back to the most recent cinematic Batman: Christian Bale had his own interesting reaction to Batfleck. Sometimes it takes someone stepping into your shoes to really mourn what you left behind.

Bale got all kinds of melancholy about it in an interview with Empire:

I've got to admit initially, even though I felt that it was the right time to stop [being Batman], there was always a bit of me going, 'Oh go on... Let's do another.' So when I heard there was someone else doing it, there was a moment where I just stopped and stared into nothing for half an hour.

It's nice to see Bale isn't joining the Batfleck bashing train with this. He's not commenting on Affleck's ability, or lack thereof, to take on Bruce Wayne; he's simply expressing his own fear of missing out (FOMO, if ya nasty). We've all been there, although the image of this intense actor staring into space for a half hour over someone else playing Batman adds a kind of amusing flavor to Bale's situation.

And he even reached out to Affleck in the aftermath! Which is kinda sweet:

But I'm 40. The fact that I'm jealous of someone else playing Batman... I think I should have gotten over it by now. I haven't spoken with Ben, but I emailed him offering bits of advice that I learned the hard way. I would imagine he is doing everything he can to avoid anything that I did.

Batmen gotta look out for each other.

Now please take this time to imagine a world in which Affleck and Bale get to play Batman opposite each other in the same movie. Batmen: Justice Squared, coming to theaters in America's fever dreams.