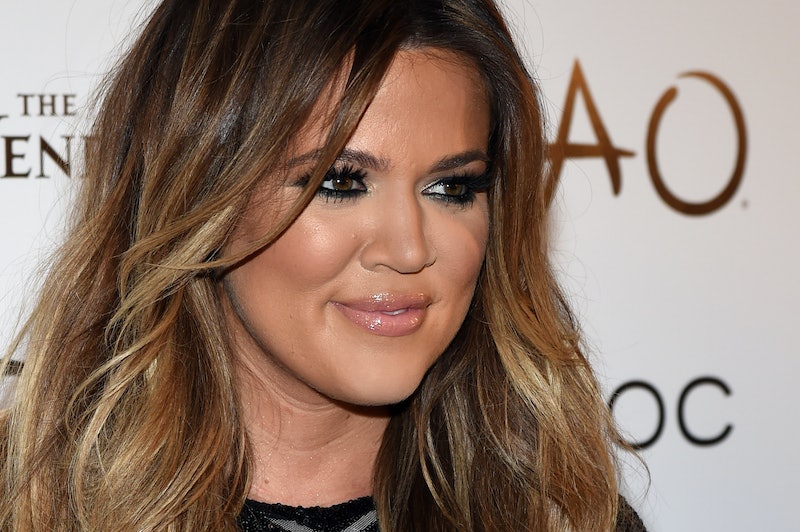 Of the long list of the Kardashians and their extended family, I think it's safe to say that my favorite members are Khloe Kardashian and Scott Disick — especially when they're together. It's almost like Kourtney fell in love with Scott because he's so much like her beloved little sister. They're both equally sassy and snarky, they are both headstrong, and despite how much they might make fun of their family, they're always willing to do anything for them. It's just a fact that Khloe and Scott are the most adorable BFFs ever, and a lot of their special bonding moments came from Keeping Up With the Kardashians' ninth season.

A lot happened to Khloe and Scott in Season 9. Scott was dealing with his parents' deaths and getting used to the idea of having a third child while Khloe was grappling with her divorce from Lamar Odom (someone I think she's totally better without, by the way). But through it all, they had each other — and it made for some of the best scenes yet. With that kind of support system, I don't think I'd mind becoming a Kardashian. Plus, you know, the money and stuff doesn't hurt either.

Right now, you can catch Khloe and Scott being BFFs on Kourtney and Khloe Take the Hamptons, but we can't forget about these important moments from KUWTK's most recent season.

When Scott confided in Khloe about the baby

Scott was sent into a major tailspin when he found out (rather unceremoniously) that Kourtney was expecting again. He first chose to confide in Khloe, and although she was pretty surprised to find out that her sister was expecting from Scott and not from Kourtney herself, she still loaned him a sympathetic ear. Obviously, Scott didn't handle the news as well as Kourtney would've liked, but with Khloe's help he was willing to get himself together and be a little bit more supportive.

In the beginning of the season, Khloe tried to cope with her split from Lamar however she could — and if that included heavy drinking and partying, so be it. But Scott recognized what was going on, and pulled her out of it before she got into bad habits. Good looking out, Scott!

And then Khloe worried about Scott

Later in the season, Khloe (with the help of longtime family friend Jonathan Cheban) put Scott to bed when it was his turn to suffer from a crazy amount of alcohol. In my opinion, the family who knows how to best handle each other when drunk stays together.

When Scott's mom, Bonnie, got really sick, he spent a lot of time at her bedside, so Kourtney didn't expect him to show up at a Kanye West show the family was gathering at in Las Vegas. That's where Khloe comes in, though. With her help, Scott was able to show up and surprise Kourtney. How sweet is that?