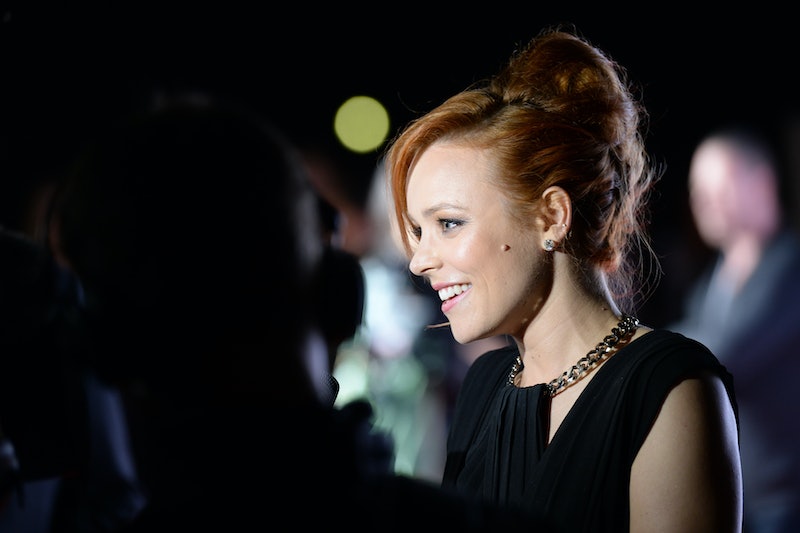 When we talk about True Detective casting, we don’t only talk about the next stars we’re excited to see headline the bleak, surrealistic world of Nic Pizzolatto’s HBO drama anthology series. We talk about the next stars we’re excited to see turned inside out, afforded new creative light, and launched into renaissance via the program in question. After the turn that True Detective gave Matthew McConaughey, every actor who passes through its rumor mill is treated to the same discussion. Will we see Colin Farrell uprooted from the muck of terrible actioners? Vince Vaughn repurposed from his iteration as the fast-talking clown of the post 2000s? Taylor Kitsch transformed into something uniquely watchable? The conversation comes easy with parties like these. But what about True Detective’s newest stars: Rachel McAdams and Kelly Reilly?

McAdams has been handed a leading role in the second season of the show: an unconditionally ethical detective who finds herself at odds with her case, her partners (Farrell and Kitsch), her department, and her own problems with alcohol and gambling. It is certainly not the sort of role we associate with McAdams, a rom-dram favorite most rigidly connoted with The Notebook, or the high school comedy Mean Girls. But it seems unlikely that the part will work the same magic with the actress’ image that Rust Cohle did for McConaughey.

Part of this is because McAdams’ reputation up to this point has been altogether fine. Although few, if any, of her romantic features have made for particular critical favor, she has generally been accepted as a capable actress mulling about through the Hollywood middle grounds. She’s done some good work (notably this year’s impressive A Most Wanted Man), and has banked a few especially bad pieces as well (The Hot Chick might well be her most reviled picture), but neither extreme has landed a stronghold on McAdams. She’s a fine actress giving fine performances in fine movies. And something tells me that her True Detective turn will be just… fine.

This is not to lay pessimism for McAdams’ performance on the show, or even necessarily for the character she has been handed… although the drinking-and-gambling shtick doesn’t seem like it will hold a candle to the existentialistic nightmares of McConaughey’s Cohle. Maybe I’m allowing the varied criticisms of True Detective Season 1’s female populace curtail my expectations for the show’s leading lady character come this next batch of episodes. But I can’t shake the thought that McAdams, through no fault of her own, isn’t going to walk away from True Detective basking in the same critical splendor that faced McConaughey earlier this year.

Maybe it is an issue of gender — maybe go-to character devices like her role’s “by-the-book” attitude and set of addictions do indeed suggest that the show feels less impelled to go for broke with its female characters. Or maybe it is McAdams’ out-of-universe narrative; without the decades of mockery that shrouded McConaughey’s big screen career, McAdams won’t have as large an explosion to make if she does indeed break into new terrain with True Detective. If part of the glory of Rust was the prior invisibility of McConaughey’s aptitude — rather, the long established toxicity of his onscreen persona — then McAdams is beginning from a disadvantage. As someone that nobody hates, or even really disrespects, she can’t make as big a leap with even an impeccable performance and character.

As for Reilly, it is difficult to predict such esteem benefitting a total unknown. McAdam’s Sherlock Holmes costar will be playing Vaughn’s criminal character’s wife and accomplice, which doesn’t quite bode well for her share of material. If True Detective is hoping to revamp the Wedding Crashers wiseguy, it’ll probably make him the star of his lot of scenes… which means that Reilly, ostensibly his principal screen partner, could suffer the consequences.

Of course, all this is early onset pessimism for a show that worked wonders with its admittedly flawed first season. Even though McAdams and Reilly are starting out from lukewarm launch pads, we can hope that they get a chance to do something interesting on the show. True Detective might not change their careers entirely like it has done (or helped do) with McConaughey, but it could at least get the ball rolling in a positive direction.

More like this
'Mean Girls' ​​Daniel Franzese Spoke Candidly About Conversion Therapy
By Rachel Mantock
Adele’s All-Female Lineup Includes Kacey Musgraves, Mahalia, & Self Esteem
By Shahed Ezaydi
What Is the Net Worth Of Each 'Stranger Things' Season 4 Cast Member?
By Hugh McIntyre
20 Photos Of "Beefy" Jeremy Allen White To Tempt You To Watch 'The Bear'
By Radhika Menon
Get Even More From Bustle — Sign Up For The Newsletter