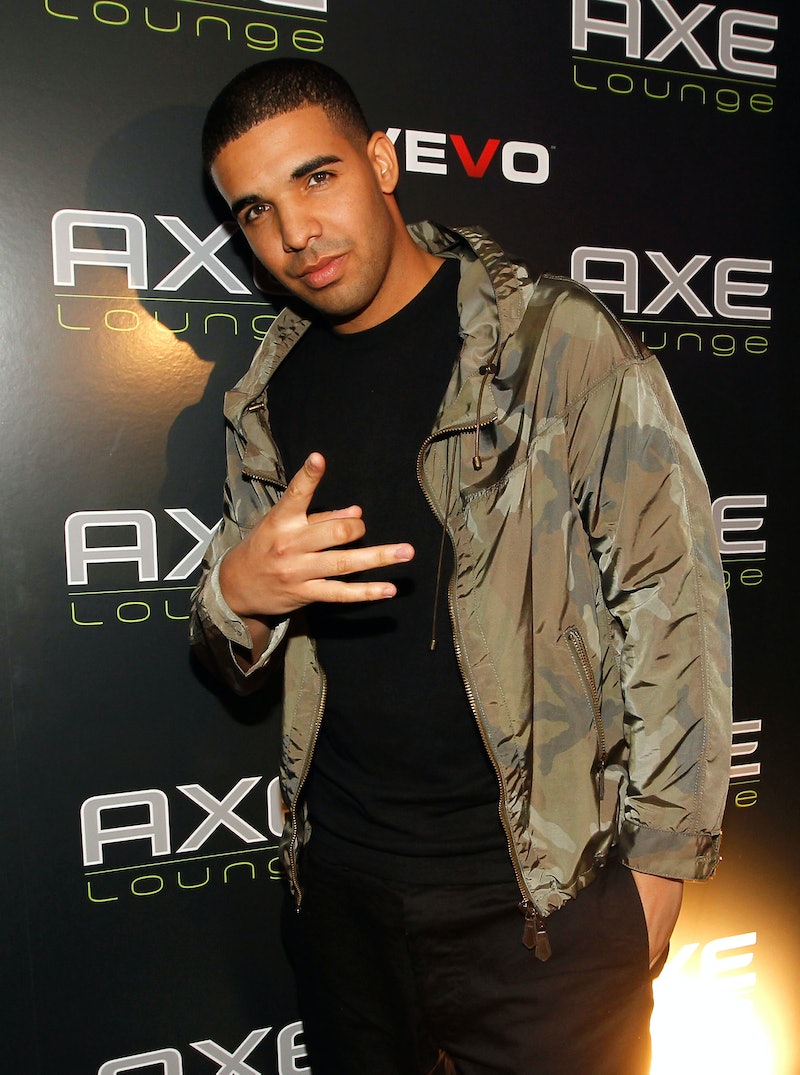 Let me start by saying that the foremost issue with Drake's newest track, "Wu-Tang Forever," is that it's actual relation to Wu-Tang Clan is kind of unclear, but if there's one thing Drake's done right with this new song, it's that he's officially brought back dissing to the rap game. Kendrick Lamar started it off, with his controversial verse on Big Sean's track, "Control," but at the time it seemed like a titular but fleeting return to the days of yore, when Biggie and 'Pac talked shit like nobody's business and 50 Cent and Eminem were both making enemies faster than they were making money. So, on first listen I got a serious thrill listening to Drake's lyrics, "I just like the rush when you see your enemy somewhere in the club/ and you realize he just not in a position to reciprocate your energy/ you ain't ever worried cause he's not who he pretend to be."

Ring any bells? OH YEAH DRAKE AND CHRIS BROWN BRAWLED IN A CLUB. And, let's be honest, if this is a reference to Chris Brown, Drake has a serious point. While Drake continues to be taken more and more seriously as an artist, Chris Brown's music career has disintegrated into a confusing medley of random allegations and super sketchy car accident problems. So, a) props to Drake for constructing one of the classiest disses we've seen in a long time and b) yeah wow, true story bro.

But drinking the Chris Brown haterade aside, I'm fairly certain this signals a return to the more charged days of hip-hop, when feuds were a regular occurrence and gang affiliations amongst rappers were more than hot air. We haven't seen a proper battle royale for years now, and although Chris Brown and Drake have been tiffing on and off, it's about time one of them actually did something about it. Maybe fights aren't good for rappers, but they're certainly good for a listening audience and you can bet that they're even better for record sales, so bring them back, and bring them back now.

It's even possible, if we get really meta with this (and I'm so going there), that this return to mud-slinging is all part of the homage that Drake is clearly trying to evoke for the unforgettable Wu-Tang Clan. Wu-Tang themselves were involved in feuds with not one but many rappers, often at the same time, often overlapping, consistently ridiculous. So perhaps Drake's decision to throw public punches where he hasn't in the past is just another layer of Wu-Tang appreciation, which would be seriously complex and deeply awesome if it was. However, regardless of why Drake chose to strike now, what it could mean is a change in the culture for well-known rap artists.

I'm certainly not suggesting a return to the whole cloak-and-dagger nature of the violence we saw in rap during the mid to late '90s, but being held accountable for shitty behavior or music wouldn't be the worst thing in a genre. Rappers holding other rappers accountable could very well bring about higher quality sound, and when is that ever a bad thing? So go Drake, for calling Chris Brown on his bull, for bringing back the much missed rap diss, and for having good enough taste to know that Wu-Tang Clan ain't nothing to fuck with.