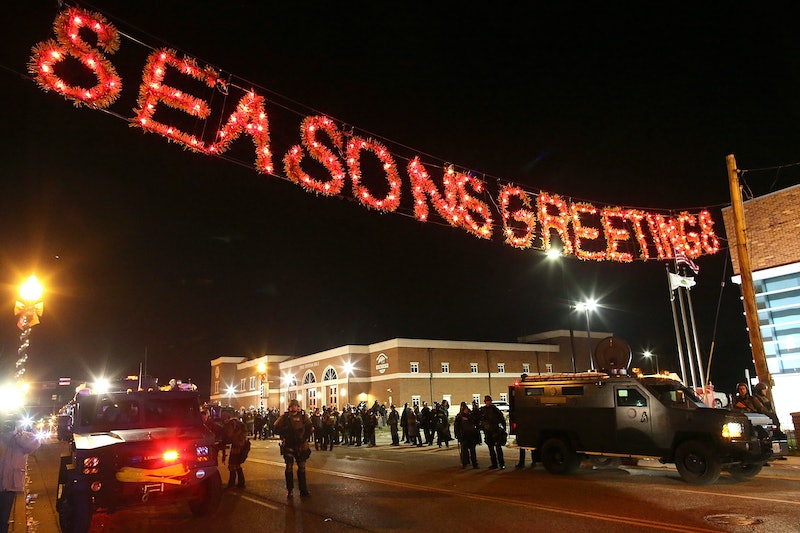 It's so startling, it's almost cinematic. As the protests in Ferguson began to turn violent following news that Darren Wilson will not be indicted by a grand jury for shooting and killing unarmed 18-year-old Michael Brown, police threw tear gas at demonstrators standing on the streets. And officers preparing to fend off protestors stood intimidatingly... in front of a spirited "Season's Greetings" garland.

It's a haunting image, and one that immediately began trending on Twitter, stunning those who stayed up to watch the situation in the Missouri suburb unfold. In fact, the image has received even more attention than dozens of others depicting the violence erupting following the announcement that Wilson would walk free. Cars are burning, instances of brutality have been captured by photographers, but, still, a symbol of holiday cheer set against tear gas and clashing in the community is serving to remind people most of just how much violence has mixed with innocence in Ferguson since Brown was killed in August.

See the image, taken by a Reuters photographer, below.

It didn't take long until Twitter responded to the image in droves.

And, sadly, if anyone deserves a happy holidays, it's Ferguson.