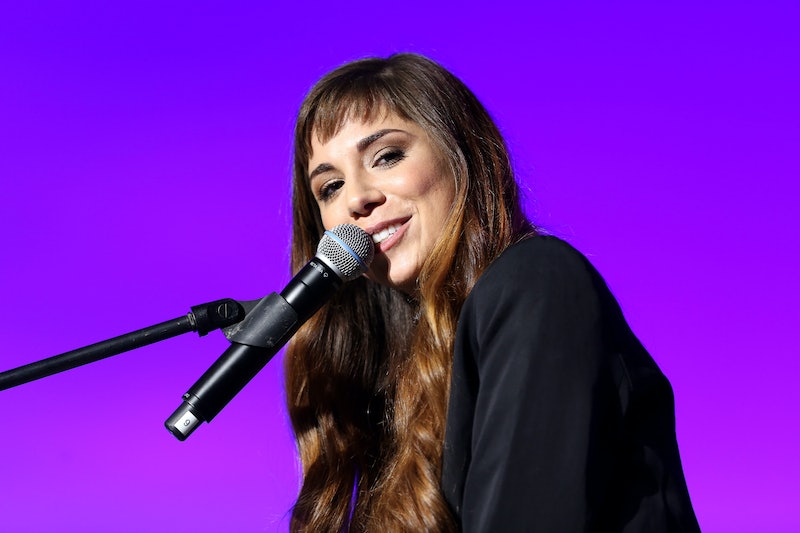 I'm a bit of a Hook purist when it comes to my favorite Peter Pan movies. Finding Neverland just made me cry too damn much and 2003's Peter Pan fell a little flat. I held on strong to the notion that Hook was the only film that could stand up to the Disney animated original. That is, until I saw the trailer for the upcoming Pan starring Hugh Jackman, Amanda Seyfried, and Levi Miller. The live-action epic action-adventure makes Neverland look bigger and badder than ever. Not only do we get another story to the dastardly Captain Hook, we have a whole new villain in the mix: the famed pirate Blackbeard. The trailer for Pan not only brings us into the darker, more mystical world of Peter and Tinkerbell, it also gives us a stunning soundtrack. In the middle of the clip there's a woman with a chilling voice singing, "This is not the end of me, this is the beginning." So who sings the song from the Pan trailer?

The artist behind the haunting tune is Christina Perri and the song is called "I Believe." The track appears on her 2014 album Head or Heart. The Philadelphia singer-songwriter has had plenty of exposure with film and television soundtracks. Her songs have been featured on So You Think You Can Dance? and The Twilight Saga: Breaking Dawn Part 1. Once you listen to the full track, you'll definitely be...hooked.