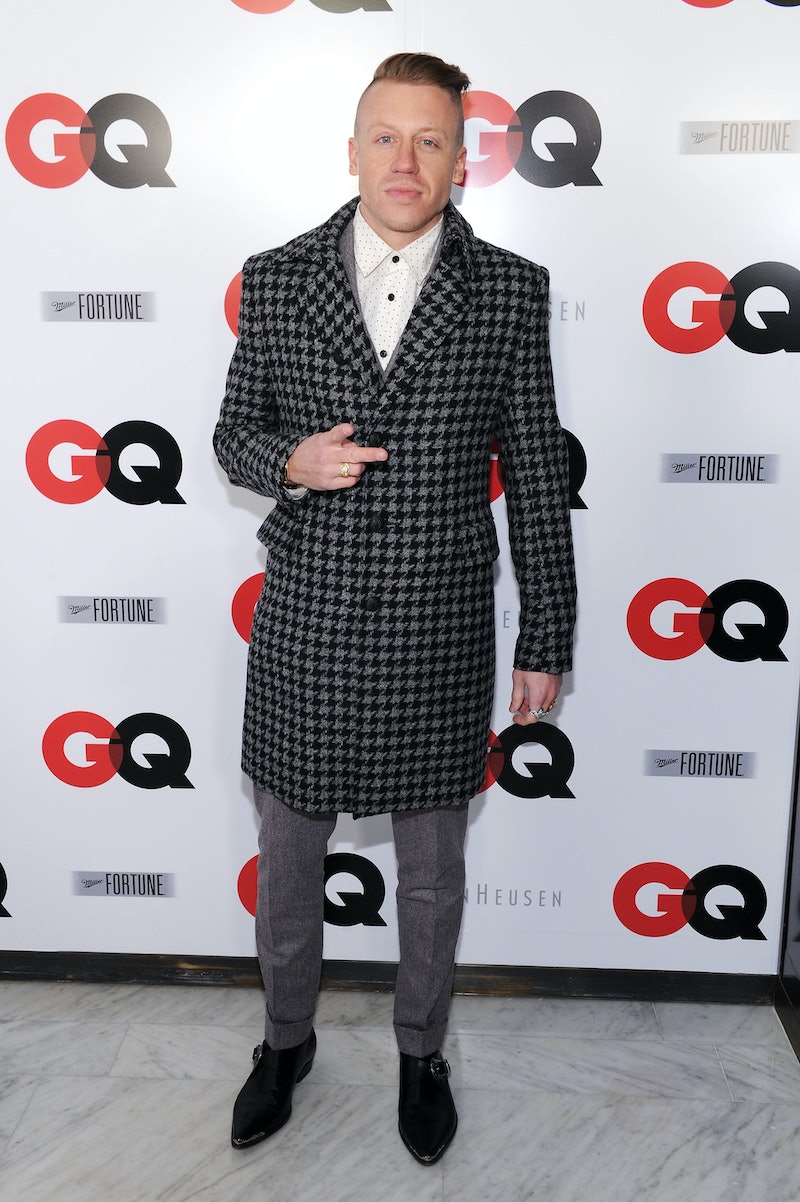 After the long-awaited verdict of the Michael Brown case was finally announced in a courthouse near Ferguson, Missouri, on Monday, people showed up in droves to protest the grand jury's decision against indicting Officer Darren Wilson on charges for causing Brown's death. And among the thousands of people who joined together in protest around the world, there was a familiar face. Grammy-winning rapper Macklemore showed up at the Seattle Ferguson protest and marched with the people of his hometown.

It definitely seems like Macklemore tried to stay under cover in a green jacket with a hood that concealed his trademark hair, but eventually, he was recognized. TMZ obtained a copy of a video taken by a photographer at the scene, and despite the fact that Macklemore's presence inevitably caused a bit of a diversion, he was determined to insist that everyone's attention be directed to the situation at hand. In the video, you can see him marching with his hands up as he chants, "Hands up, don't shoot." When the photographer asks him why it's important for him to be at the protest, his answer is simple: Mike Brown.

As an artist who uses his music to inspire change, like he did in his gay rights anthem, "Same Love," it's not surprising that Macklemore would make a point to get involved in the protests about what's going on in Ferguson. Because of his place in the spotlight, Macklemore holds a lot of power, and it's good to see that he's using that power for good. No harm can come from him showing up to protests like these to stand up for what he believes in, and for that reason, I think he's a pretty solid role model for his fans.

Later, the Seattle protests turned violent, including five arrests after police were pelted with rocks, bottles, and canned food. It's not known whether or not Macklemore was still marching at that time, but it's a good thing that he did. He has the distinct privilege of a voice that can be heard all over the world, and it seems like he's going to continue using it to take a stands for important issues.