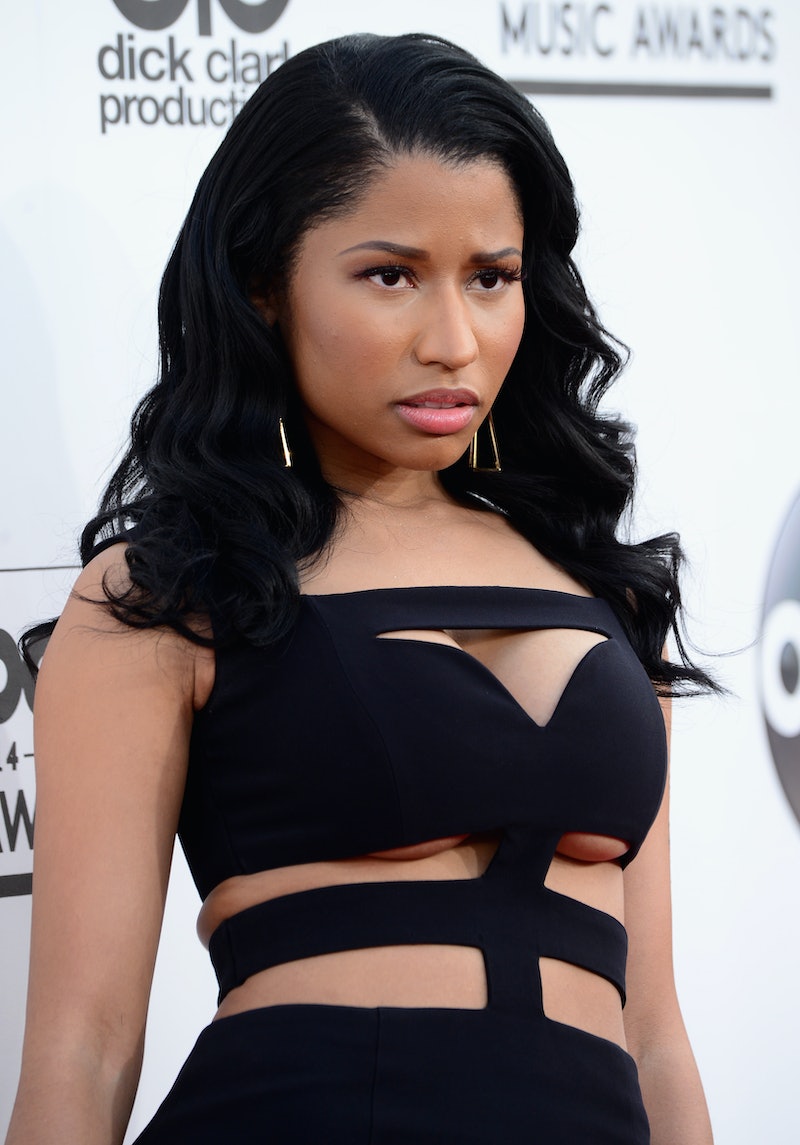 OH MY GOD, YOU GUYS. Can we just rename December to just "Christmas" already? We might only be a day into the greatest of all months (second only to my birth month, of course), but already we have received many gifts. Chief among those is the fact that Nicki Minaj's The Pinkprint track list includes a collaboration with Beyoncé — that's right, the two women who bought us the "Flawless (Remix)" are teaming up for yet another track. I might have been That One Person who didn't think that The Pinkprint album trailer was all that, but I am falling over myself with glee now that I know that I can get my Minaj and my Beyoncé fix all on the same album.

At the moment, we don't know anything about the song except its name: "Feeling Myself." However, that single title — plus the two female artists it is coming from — is more than enough for me to draw conclusions about what we can expect from the track. Sure, the details below might not be absolute until the song comes out to confirm them, but a lot of them seem like no-brainers to me. The Pinkprint release date has been pushed back to December 15, but these next two weeks are going to blow by quick now that we really know what we're waiting for.

It's also probably about sex.

It's a feminist anthem.

If there is one thing that Minaj and especially Beyoncé are famous for, it's the sheer amount of feminist, girl power anthems they put forth into the world. The two of them teaming up for "Feeling Myself" is all the evidence you need that this is going to be an intensely feminist album that will make you proud to be a woman.

I'm not saying that Minaj can't sing. She sings very beautifully, actually. However, it seems to be a preference of hers to do the rapping on songs she's collaborating with other artists on. For example, "Bang Bang" and "Bed of Lies" both have the featured artist singing while Minaj comes in with the rap verses.

It will be better than "Flawless (Remix)."

Listen, "Flawless (Remix)" was great. It was amazing. It was sensational. But it was also just that: a remix. It wasn't a new song; it was an old song with new verses. "Feeling Myself" is completely new and a complete mystery to us, which makes it better than "Flawless (Remix)" by default. As for how I know it will sound better, well, that's my blind faith in Minaj and Beyoncé for you.

There will be a music video.

Even if Minaj doesn't release "Feeling Myself" as an official single from The Pinkprint, I'm willing to bet there will be a music video. After all, Beyoncé has already released a music video for "7/11" without releasing the song as a single, just because it got leaked on the Internet. If Minaj won't do a video for "Feeling Myself," then Beyoncé probably will.

It's a prelude to a joint album.

Okay, okay, so this is literally just my wishful thinking talking. But can we imagine for a moment how epic this would be? I would get behind this even faster than I got behind the possibility of Beyoncé and Jay Z's joint album.