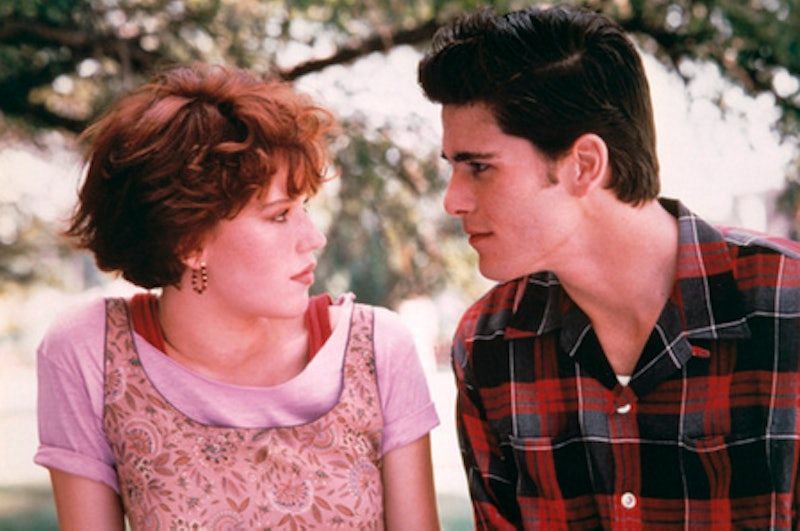 As someone who has been an introvert my entire life, certain social situations — if not most social situations — can be fairly difficult. I find that I’m a wallflower at most parties (unless I’ve dipped into the alcohol, of course), and trying to put myself out there to talk to strangers is both trying and awkward. After years of pushing myself to be social, I’m still nowhere near the extrovert that some of my friends are. I just don’t know how they do it.

Of course, being an introvert is even worse when you’re crushing on someone. I know that I've often vied for certain people only to watch them date others — and then kicked myself later for not having the necessary gumption required to break out of my shell and tell them, “Hey, I like you.” I mean, what if I had told that now famous baseball player that I had a crush on him high school?

If you’re an introvert who’s ever had a crush, you know it’s not easy. There are certain things we experience that our extrovert friends can’t even conceive of, and a lot of it involves hiding behind our feelings. Here are 21 things we the introverted experience when we're crushing.

WE TEND TO OVER-COMPLIMENT OUR CRUSH

Not because we necessarily love everything they do, but because it gives us something to say.

which tends to lead to verbal diarrhea

Then, before we know it, we're complimenting every possible thing, as if it's uncontrollable diarrhea of the the mouth and we just can't be stopped. The madness!

and LAUGHing way TOO HARD AT THEIR ATTEMPTS TO BE FUNNY

Again, it’s more about making our presence known, because it’s so hard for us to do it in other ways. So, there we are, laughing away and before we know it we're mortified. But we just keep laughing, because it's better than silence.

WE DO AN AWFUL LOT OF STARING

We’re not creepy; we just like to admire our crush from afar. And from afar, we don't have to talk — or laugh, or compliment wildly.

How else are we supposed to enjoy how great they are when they’re not in our presence? Besides, online stalking has become a socially-acceptable way of keeping tabs on someone you really like, no matter how long you've been out of high school.

Which of my dream dresses will I wear on my wedding day? How will I wear my hair? Will his vows reveal that he's been crushing on me all this time, too? (Please, let that last one be a big, fat "YES.")

AND, of course, BLUSHING

Sometimes, there’s a fear that everything that's being thought is being displayed on our foreheads, so we blush. Especially if those thoughts involve sexy times. And, naturally, they inevitably will at some point. Who knew someone could blush so much? We did.

We think this will create a bond, because, "OMG! Look! We're practically twins! We both have eyes, a nose, and hair!" No, seriously, we totally do.

"You like Breaking Bad, too?" You secretly hope Netflix will go out of business, or that they'll have to cancel their membership for some inexplicable reasons, so they'll just have to ask to borrow a DVD or, ideally, come over and watch it with you, so you can sit in awkward silence.

OR A NEW SONG

Maybe, one day, you'll say “I can make you a mix CD or a playlist on Spotify, if you want." Then you can spend the next several weeks talking about how awesome the songs were, how great the bands are, and then evolve into deeper topics like how no album will ever be as great as their first album.

WHEN WE THINK WE finally HAVE THE NERVE TO TALK TO THEM, WE REHEARSE what we'll say OVER AND OVER

In the shower, to friends, and, of course, a million times over in our heads. We'll even act it out and switch out some of the words for other words that sound smarter or more snazzy.

...ONLY TO STUMBLE OVER OUR WORDS WHEN WE FINALLY TRY TO PUT IT OUT THERE

All that rehearsing was pretty much for nothing, because when face-to-face with a crush all sense of logic and composure go immediately out the window. Our language becomes incoherent, and eventually, we realize it's better to walk away and save a least a little bit of face before it's too late.

It was during a work happy hour that I made my move on my last crush. It was only after several shots of, well, I don't even know what, that I was able to not only talk to him, but walk up to him and kiss him before the night was over. And, oh, what a spectacle it was.

...WHICH USUALLY ENDS UP BEING A DISASTER

I went from not talking to not being able to shut up how cool he was … to his face. So, we went home together where drunken, sloppy sex almost ensued — but we passed out first. By the time I woke up the next morning, he was gone.

BUT MORE often than not, WE JUST tend to WATCH

It’s our favorite form of “flirting." And in our head, we constantly come up with new scenarios of trying to get that crush to realize we're probably, most definitely, the one for them. If only they could see that!

...AND pine AWAY our DAYS

Because if you stare at the back of someone's head really, really hard, calling to them in your mind, they'll eventually turn around, smile, and say they want to be yours ASAP. At least that's what happens in the movies.

which means that often, WE’RE FORCED TO SEE OUR CRUSH DATE other PEOPLE

The worst feeling. Ever.

You should have confessed your love when you had a chance!

We blame mom and dad, our genes, and our birth order. We try to figure out at what point things went awry in our brain that made us so shy and reserved. Could it have been prevented? Should we have enrolled in theatre classes when we were still in diapers? What should we have done?

Because there's a coffee boyfriend around every corner, a coworker with a great sense of style just one hire away, and a regular at your bar who's going to eventually smile back at you.

....and until then, there's always our inner fantasy world

Yes, crushes are a frequent phenomenon, and someday, you're going to make your crush yours. You just know it.