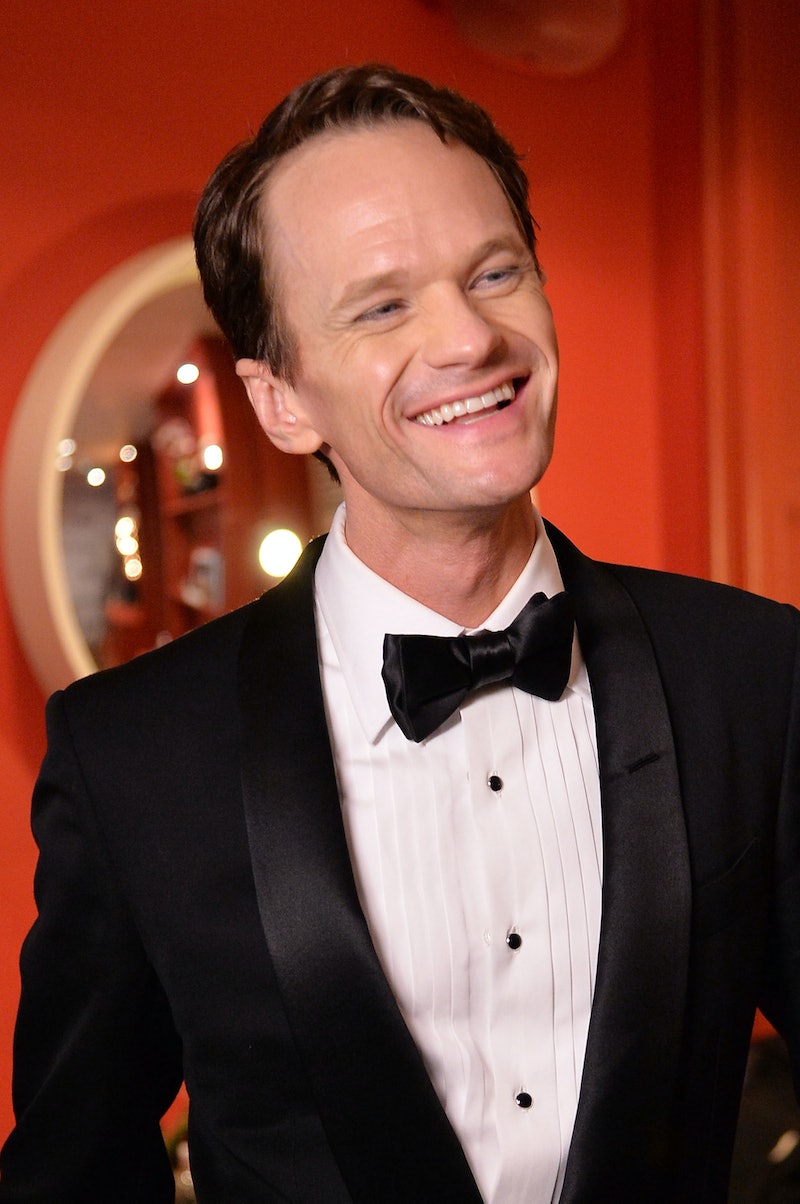 If there's anyone that can bring American Horror Story: Freak Show back from it's terrible plot line it’s Neil Patrick Harris. Back in October TVLine confirmed that NPH is appearing on AHS — along with his real life hubby David Burtka. Naturally, the question on everyone's mind is when does Neil Patrick Harris appear on AHS?And who do NPH and Burtka play?

The first answer is easier: According to the TVLine story, Neil Patrick Harris will be on episodes 11 and 12 of the season, which means we can expect Harris’ debut at the Freak Show on Jan. 7. However, IMDB seems to think NPH is episodes 12 and 13, which would mean a delay until Jan. 14, but we all know how unreliable IMDB can be.

I think that we should assume that TVLine did their homework because the title of the episode is “Magical Thinking” and we all know Neil Patrick Harris loves his magic. (I am not kidding, I ran into him once at LA’s Magic Castle and he told me he is absolutely obsessed with magic and that he was the president of the club.)

So what do we know about Neil Patrick Harris’ Freak Show character?

TVLine gave us a hint as to what we can expect from Harris and that he is a "chameleon salesman" (or "cha-ma-leon," as Ted Mosby would say). This is AHS, so that could mean anything. Is he a shape-shifter? Can he change colors? We can assume one thing, though: If Ryan Murphy and NPH worked together to come up with the character, then I'd bet that he is a magician of sorts.

Before Harris was cast he revealed to Sirius XM Radio that he desperately wanted to be on AHS :

I love magic, I love circus, I love juggling ... I love crazy, random freak show stuff. That’s just what I love. I’ve always been drawn to it.

This interview is what sparked the decision to bring Harris in for a small role, but it could have been a hint at his future character — we just didn’t know it at the time.

In the meantime NPH is keeping up on the show and tweeting about his upcoming appearance... without giving anything away, of course. It’s kind of infuriating.

#chameleons? Seriously? We need a better clue than that!

But There Will Definitely Be Singing, Right? Right?

Judging from Freak Show's path so far, I'm certain we'll also be in for a musical treat. I mean, if Evan Peters can sing some Nirvana and Jessica Lange can get up and cover Lana Del Rey, then NPH should get a turn on the Freak Show stage — and if he does, he'll probably outshine everyone in the camp.

Let’s face it though, Freak Show really needs a major turn around and that's something that NPH can definitely provide.