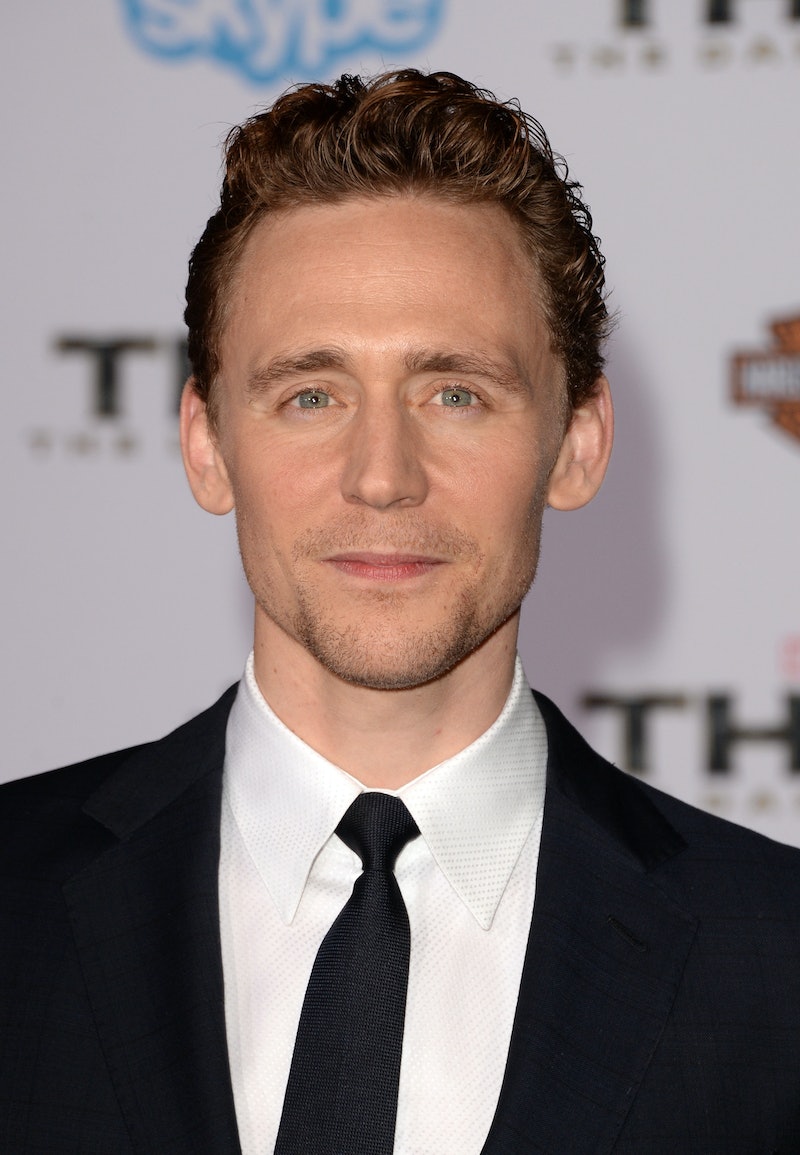 All hail King Cumberbatch! A year-end review of the popular blogging site revealed that once again Benedict Cumberbatch is the most reblogged actor on Tumblr. But he's followed closely behind by Tom Hiddleston, who is the second most reblogged actor. That's a big jump for the Avengers star who placed seventh on the list in 2013.

Hiddleston's increase to number two on the charts gives me high hopes for an eventual Tom Hiddleston reign. Not that Cumberbatch isn't deserving himself, but he doesn't need to win a third year in a row. Hiddleston can dethrone his good friend so long as he follows some important instructions for better reblogability.

While Hiddleston is certainly very popular on Tumblr already, he's so far lacked the power to reach the top of the list while Benedict Cumberbatch has dominated for two years running. But there are a few tricks Hiddleston can steal from his fellow actor to claim the title for his own next year. Yes, Hiddles already has the impeccable suit-wearing down, and he's a self-proclaimed feminist—all of which Tumblr loves. But here are 10 ways Hiddleston can win that prime spot in 2015.

The more important the better because he'll be the talk of the event for breaking out of his usual demure red carpet demeanor.

GET A LITTLE SILLY

If someone asks him to, say, do the Beyonce walk, he needs to strut his stuff. Even if he fails, Tumblr will love how adorable he looked when he tried. And if he nails it, well, that's reblogable too.

For Cumberbatch it was "penguin." Now I know Hiddleston takes great stock in his literacy and knowledge, but a mispronunciation every now and again would only add to his charm. He can blame it on the accent and call it a day.

HAVE AN ANIMAL LOOKALIKE

There are approximately 768 blogs dedicated to Benedict Cumberbatch looking like an otter. And while I made that number up, there's no denying that his otter appeal makes him infinitely more reblogable. If Hiddleston finds an animal that shares his facial expressions, he's golden...like a retriever.

Hiddleston needs to say what he's feeling and thinking without censoring himself and Tumblr will have a field day. His PR team might not be as happy, but when you're trying to please the Internet you gotta go big.

Cumberbatch once described a GIF as "one of those slightly move-y things." And just like that it was all over Tumblr because it was adorable.

There's nothing people on the website love as much as getting mentioned. Hiddleston needs only to mention a meme, or a GIF, or really just say the word Tumblr and he's sure to be turned into a hundred different "slightly move-y things."

Never underestimate what people like Jimmy Fallon can do for your Tumblr likeability. So play those silly games and you're guaranteed to get GIF-ed.

IT'S ALL ABOUT THE FACIAL EXPRESSIONS

The goofier, the better.

ENGAGE WITH THE FANS

Similarly to talking about Tumblr, talking directly to the fans ensures that they'll be engaged and willing to reblog. It makes us feel like we're being noticed.

And that, Tom Hiddleston, is how you can become Tumblr King in 2015.