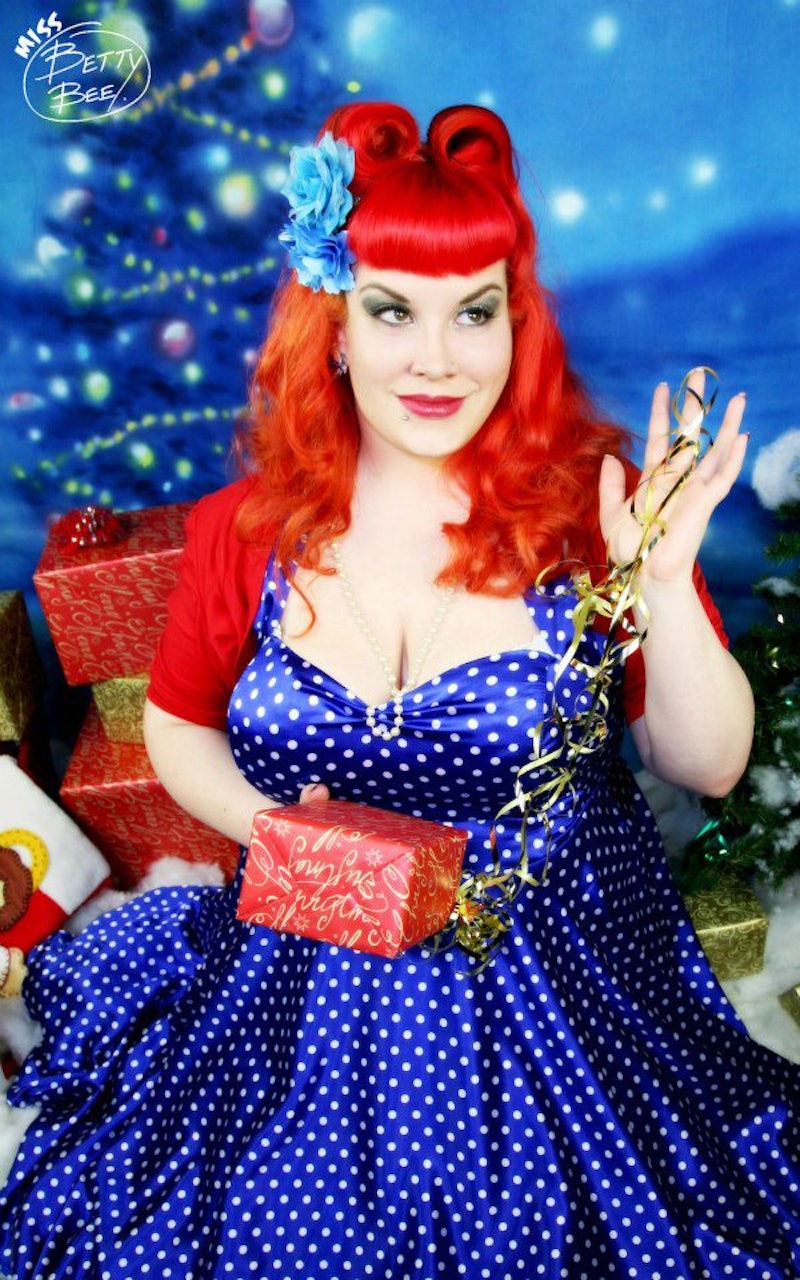 As I mentioned briefly in a previous article, I lost my grandmother to breast cancer. Nana died in November of 2011, having been given her diagnosis only 11 weeks before. She and I were close, and spoke frequently on the phone — despite the fact that living at opposite ends of the country meant we didn't see one another as frequently as we would have liked. She was my last surviving grandparent, and I absolutely adored her. And so her death, in many ways, changed my life — and my hair (but we'll get to that soon).

I was fortunate enough to have the chance to see my grandmother one last time, very near the end. She was able to stay at home through her final days, with daily palliative medical care from the incredible hospice nurses who visited, as well as from my mom and aunt who took it in shifts to be with her for three or four days at a time. She was in an enormous amount of pain, no longer eating or drinking, and she was easily confused. Despite all of this, nana was still her wonderful, warm, giving self.

Not long before she passed, she decided she wanted a manicure. Having known all about my love of nail polish, she asked me if I would do the honor. Almost as I soon as I arrived at her house one day, she presented me with the bottle and thrust her hand out — like a queen ready to receive a subject's adoration. It was so cheeky, so Nana.

I painted her nails, and she was just so grateful, saying, "Even if you look awful, having your nails done just makes you feel nice, doesn't it?" She was absolutely right, of course. The manicure I gave her was to be the one on her hands when she passed away just five days later, and I am still so glad that I was able to make her feel nice in some small way. I still have the nail polish.

When she died, it was devastating to say the least. Her mother, my great-grandmother, had lived to be in her mid-90s and had died only a few years before. Nana was only in her mid-70s — she was supposed to live for at least another 20 years. It felt as though we were being robbed of our beloved matriarch, and much too soon.

My nana with almost all of her grandchildren and step-grandchildren, the last time we were together.

Losing my nana turned out to be the trigger for my worst phase of anxiety and depression — conditions that affect me to this day. I began experiencing panic attacks far more frequently than I ever had before. I didn't want to get out of bed, let alone leave the house. My social anxiety increased to horrific levels and I became something of a recluse. I was asked to take a leave off work by my doctor for months, and eventually, after approximately four months of essential unemployment (and when the occupational health advisor wanted to bring an HR rep to visit me at home), I resigned. I could not let go of my grief, and my fear just grew and grew. Fear of what, you ask? Everything.

I had never been "friends" with my body prior to Nana's passing — we were even diet buddies in what were to be her final months. But after she died, my relationship with my self became an all-out war. I looked in the mirror and felt only disgust. I hated all of my clothes because none of them made me look thin (mainly because I wasn't). I took out all of my anger and pain and sadness on my physical appearance, and it didn't take long for me to truly believe that other people saw me in the same way.

Within six months of Nana's death, I was at my worst. I stopped leaving the house altogether, felt nothing but misery and [even worse] complete indifference. All I wanted to do was sleep, and then comfort-eat until I could sleep even more. On the incredibly rare occasions that I did leave the house, I was absolutely terrified of everyone I encountered. I did not want them to see me at all. It was my greatest wish to just own an invisibility cloak. I was convinced that if someone was looking at me, it was because they were disgusted with what they saw. They could see my fat body, there was no denying that, but I also became convinced that they could see that I was mentally ill. They could see my crazy.

And so I saw my doctor several times. I tried countless different medications. I visited a therapist. But I couldn't muster up the copious amounts of energy that were required to manage my condition. A little less than a year after Nana died, an old friend of mine — the fabulous Frivolous Mrs D. — contacted me. She had won tickets to an event here in Liverpool and wondered whether I would like to go with her. Mrs D. has firsthand experience with many of the same issues that plague me, and so I felt safe to say yes and leave the bubble I'd created for myself. And hey, maybe I would actually manage to have some fun.

The event, it turned out, was a "Horror Gore Hotties" day, hosted by Betty Pamper and Lilly Von Pink of The Pamper Box. We were to choose a look, after which we would be given instructions on how to apply the makeup (with corrections given if needed) and do our hair. And then there would be a photo shoot with the talented Nicky Rockets. I decided that if I was going to do a photo shoot as a zombie, I was definitely going to be the hottest fat zombie there had ever been. And so, I dyed my hair bright red. (And I was right, by the way, the day really was a lot of fun.)

I could never have predicted the effect that this decision would have on me. I had been dreaming of dyeing my hair this color for years but had never had the courage. After all, I am naturally dark-haired, and to get this color would involve bleaching — something every hairstylist I have ever spoken to has told me not to do because not only is my hair dark, it's also long. But hey, hair adapts, right?

Shortly thereafter, I attended a PostSecret: Live event in Sheffield with my best friend. We had been reading people's confessions on the site together for years, and were so excited to have the chance to go to see Frank Warren speak in person. Around halfway through the evening, he invited the audience to go up and speak into two microphones that had been set up in the center of the room to tell a secret to the entire audience (and the thousands upon thousands of people who could tune in from home). The capacity of the venue itself, I now know, was 1,200 (I'm glad I did not know this at the time, I must say). So I got up and I stood in line, waiting for my turn to speak — sweating, shaking, and with absolutely no idea of what I was even going to say when I got there.

When my turn came, this is what came out of my mouth:

For the last few years, I've suffered with crippling anxiety. And for the last year, I've probably left my house about a dozen times. And now I'm here, and I have bright red hair, and I'm standing in front of a room full of people talking. And you're all looking at me, and I'm okay.

No more than two months after I dyed my hair I started to go out on a much more regular basis. I made new friends, applied for jobs, and was generally a much more relaxed and happy person. There would still be off days, of course, but these became rarer and, for a while, I really felt free again.

My new red hair meant that if people looked at me when I went out in the street, I assumed it was because of my amazing hair, and not because of my visible insanity or "disgusting" whale body. I began to receive compliments in the street (not the creepy cat-calling kind, but the nice, genuine kind — usually given by women) and it made me feel incredible. I cannot overstate the profound impact that this shift in my perception of the people around me had on my overall well-being. Humans stopped being the monsters in the closet that was the world beyond my front door. And it was liberating.

Before I dyed my hair, people told me that it was a bad idea because it would reduce the opportunities that were open to me. However, my experience was the polar opposite. Dyeing my hair opened up an entire world — an entire universe — and one that, at times passed, I feared I would never be a part of again.