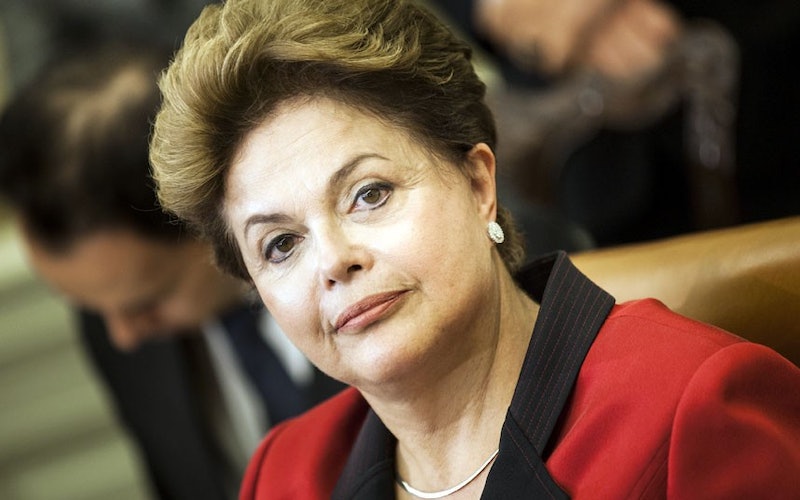 The president of Brazil has canceled a state visit to Washington after President Obama failed to convince her that the NSA’s monitoring of her private communications wasn’t really that big of a deal.

Brazilian President Dilma Rousseff was supposed to be the guest of honor at a White House dinner next month. That was, until word broke that the NSA recorded communications between Rousseff and Enrique Pena Nieto, (at the time candidate for president of Mexico), wherein the two discussed who Nieto’s might appoint to his cabinet if elected (he was), among other things. In addition, according to separate documents leaked by Edward Snowden, the NSA spied on Petrobas, the country’s state-owned oil company.

Brazil was infuriated by the reports. Its justice minister called the actions “an unacceptable violation of Brazilian sovereignty,” the Brazilian Senate launched a probe into the monitoring, and the country’s Defense Minister announced a meeting with his Argentinian counterpart later this year to discuss bolstering the two countries’ cyber-defense capabilities. Brazil was particularly incensed by a reference in the NSA slides to “economic” motives for spying, as the U.S. had previously claimed that its overseas monitoring was aimed strictly at thwarting national security threats.

Yesterday, after reports started trickling that Rousseff was considering canceling the Washington visit, Obama called her and pled with her to proceed with the trip, citing the importance of a “strong relationship” between “the two largest nations in the hemisphere.” He apparently wasn’t successful, as Rousseff’s office announced earlier today that given “the absence of a timely investigation” into the spying revelations, “there aren’t conditions for this trip to be made.”

Rousseff — who, by the way, was tortured by the country's military dictatorship in the 1970s before becoming the country's first female president — did express hope for a rescheduled visit down the line, saying that her government “is confident that when the question is settled in an adequate manner, the state visit can quickly occur."