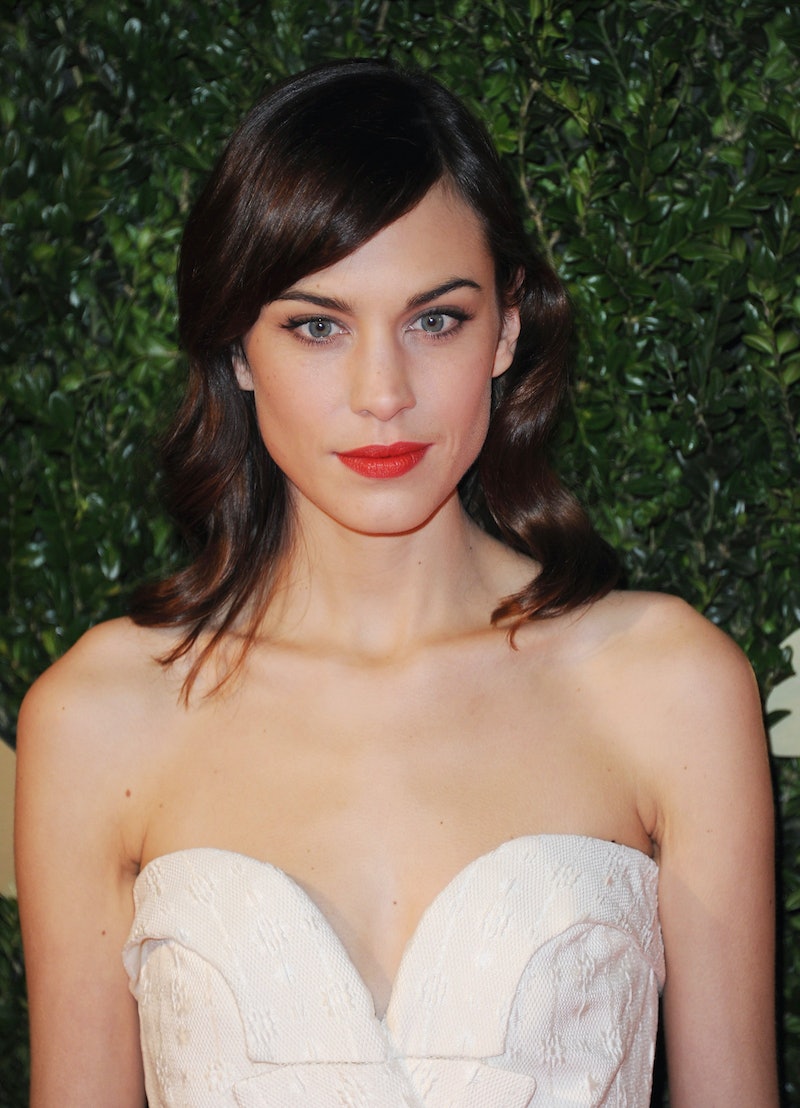 Last month Solange Knowles took over New Orleans, marrying Alan Ferguson in the all-white wedding heard round the world. The ceremony and reception were exceptionally stylish and avant-garde, causing the fashion world to take notice. Obviously. It would be par for the course for the bride to wear white, but Knowles wore seven different outfits in varying shades of white, topping each off with a flawless red lip. In a second non-traditional twist, the wedding party also wore white, which means Beyonce's look, an all-white, body-hugging, mid-length dress paired with a deep burgundy lip, was just as fierce. Ever since this fated day, we have seen all-white ensembles popping up on red carpets in a very chic way, while other leading ladies are trading in nude lips for something a little more noticeable. Is it possible that Knowles' wedding inspired a minimalist trend centered on all-white ensembles and pop color lip lacquer? Absolutely. Even if some of our favorite stars were spotted in this combination prior to her nuptials, she has definitely helped the hype. Consider it a trend.

While I am not a proponent of normcore, this look is anything but bland. Varying shades of white combined with a red lipstick that is just right for your skin tone make for a flawless way to simplify seasonal attire. It is safe to say that we don't have to over-complicate things this holiday. Whether it be winter white, ivory or alabaster, if you pretty up your pout, you too can prove minimalism really is the new black.

Still not convinced minimalism is the way to go? Take a look at these stunning ladies who are winning in white.

Kendall Jenner also stood out at the British Fashion Awards last week in a strapless white jumpsuit, trading in her normally nude lip for an elegant red one.

Sure, Taylor Swift's signature lip is red, but combined with this knockout all-white dress that she wore to the Victoria's Secret After Party, she is the epitome of the new two-color trend.

Ali Fedotowsky's lip at the American Music Awards may have been more berry colored that ruby red, but it was beautifully bold against her sleek, all-white, floor-length dress.

In all-white Oscar de la Renta lace, Jennifer Lawrence was ahead of the game at the Elle Women in Hollywood Event, paying tribute to one of the most groundbreaking designers the industry has ever seen.

And so, it's safe to say that a non-color has never looked so good. White is clearly taking over this winter, so introduce your snow-inspired apparel to your favorite red lipstick and take them out on the town.

More like this
Taylor Swift’s *Bejeweled* Take On The Sheer Dress Trend Is A Winner
By El Hunt
12 New Year's Nail Ideas That Are Truly Stunning
By Jordan Murray
Here Are All 703 Outfits Rachel Wore On Friends
By Kat George
Cyber Monday Deals 2022: The Best Fashion Sales To Shop
By Dominique Norman
Get Even More From Bustle — Sign Up For The Newsletter