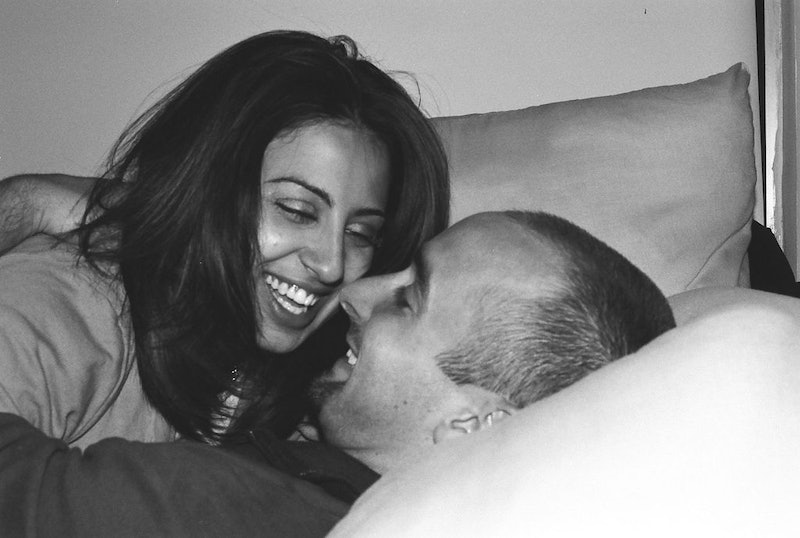 It’s usually best to tread carefully when making sweeping generalizations about large groups of people — but if you’ve ever been curious about whether or not people’s jobs line up with the kind of relationship they’re looking for, you might find this one interesting. Dating app Clover recently analyzed data from 33,000 of its users over the age of 18 to determine how people’s occupations correlate with what they’re looking for in a relationship; then they assembled their findings into a handy-dandy infographic. Useful, no?

The majority of occupations fell into “casual”: Everyone from journalists to scientists and from teachers to musicians ranked most highly on this category. A number of them also correlate pretty strongly with “long-term,” too, though. Interesting, no? The same was true of occupations who were mostly looking for long-term relationships: Pharmacists, accountants, and nurses all scored highest on “long-term,” but with “casual” taking a close second. Actors and engineers, meanwhile, are in it for the hookups, while doctors and lawyers just want to make a few friends.

Is anyone else kind of curious about what's actually causing these correlations? Because I sure am. For example, is it because each occupation tends to attract a certain type of person? Or is it because of effect the job itself has on your social life? For example, are the kinds of people who make for good actors and engineers just generally a little freer or more up front about hooking up? Do doctors and lawyers look for friends the most because their jobs don’t always leave them a whole lot of free time? I’d be interested to see a follow-up study that not only looked at jobs in relation to “searching for” status, but which also asked each person why they chose that particular status.

Of course, it’s also worth noting that whatever you list in your profile as your “searching for” isn’t necessarily the be-all, end-all of relationship goals. You jump into the dating pool looking for a fling, only to have it turn out to be something more; you can go into it thinking you want to find the love of your life, then discover that you just kind of like playing the dating game; and so on. You’re allowed to change your mind, and you’re more than just your profile. I feel like “casual” functions as a good middle ground: You’re not necessarily opposed to a long-term relationship, nor do you mind maybe just hooking up; at the same time, though, it frees you from the pressure that can stem either from the “I want a long-term schnookums to cuddle up with at night” option or from the unpleasantness that can arise from people assuming a “hookup” setting means you’re DTF with everyone and everything (hi there, Tinder Nightmares!).

Take a look at the full infographic below; head on over to Clover’s website or snag the app on the iTunes for more.