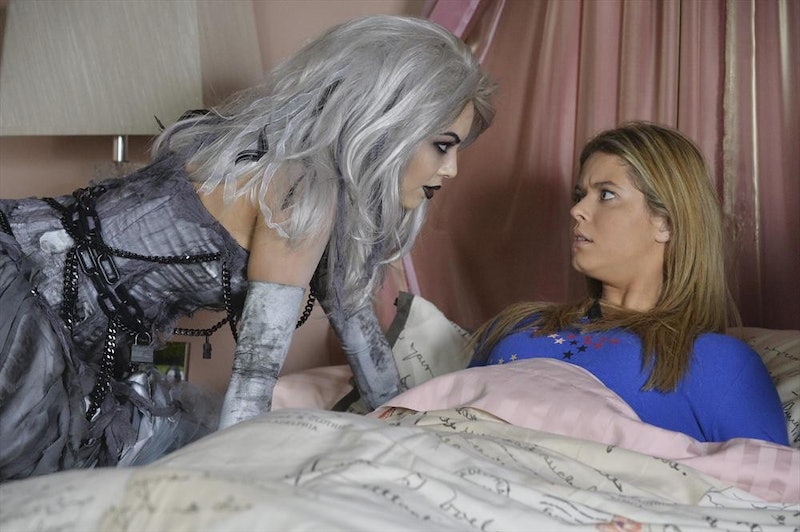 Even though Pretty Little Liars ' Christmas special on Tuesday is exciting, there's something even bigger ahead: the premiere of Season 5B. Based on a new promo revealed on BuzzFeed, the stakes are higher and "A" is even more dangerous when the second half of the second premieres on Jan. 6. Big changes are exactly what we can expect throughout the season, ending with a twist that creator Marlene King says is the most "demented and mind-boggling" they've ever gone, so prepare to be shocked.

Given that the short 30-second teaser includes flashes of Alison potentially in jail, Spencer's mug shot, Aria nearly getting killed by a nail-gun wielding "A" in his or her signature black hoodie, and Mona's funeral, no one is prepared for the intense twists on PLL this year. Oh, and did I mention creepy Mrs. Grunwald is back with eyes more piercing and terrifying than ever? Looks like she'll be the new Liar in town. Since we still have a few weeks until we get any semblance of real answers, I put laundry list of questions after watching the promo on repeat. Mostly I want to know if Aria is actually "A" and is just blaming everything on Alison, and more importantly, if one of the Liars is going to die this season.