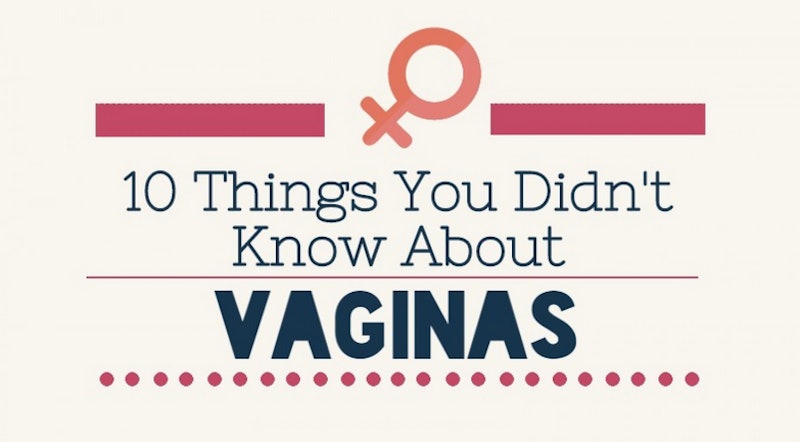 In case you didn't already know, vaginas are pretty awesome — they are warm, they bring life into this world, and they can be a site of tremendous pleasure. But there are other cool vagina facts that you probably didn't know, like for example that the clitoris contains 8,000 nerve endings while the penis only contains 4,000 — making the female orgasm, as I have been arguing for years now, superior to the male orgasm. Also, the fact that vaginas and sharks share something very important in common.

I think it's super important to talk about vaginas and all their nuances because a lot of people find them to be mysterious vessels, including the people who have vaginas themselves. It's important to debunk myths about vaginas being disgusting, and change the conversation about "problems with your vagina." With the existence of things like labiaplasty (plastic surgery to make your vagina look more like Barbie's) and vagina bleaching (exactly what it sounds like), it's important to remember that ALL VAGINAS ARE NORMAL, PEOPLE. Just because you don't understand the mechanisms behind them doesn't mean there's something wrong with them. So check out these 10 facts, compiled by HB Health of Knightsbridge, that will undoubtedly leave you with some awesome new vagina knowledge.