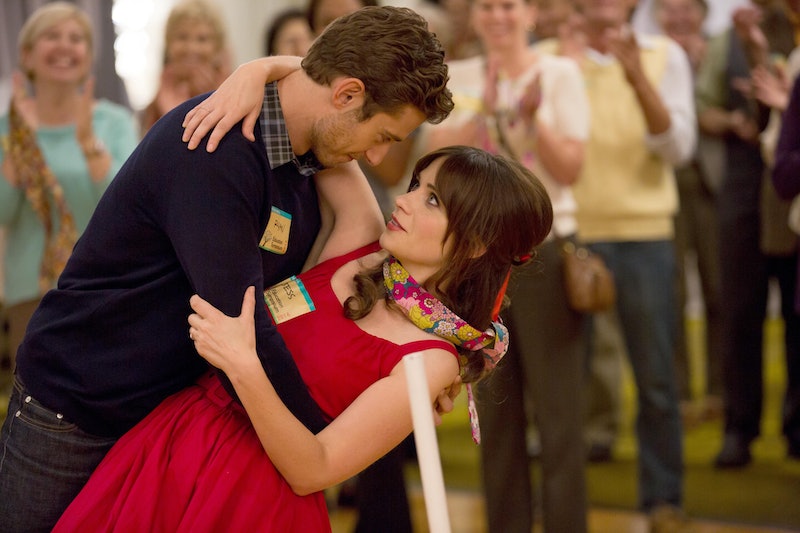 In the interest of full disclosure, there is no boyfriend that Jess could ever have on New Girl who would top what she had with Nick in my mind. There is no way that the show will end without them getting back together for all time and all eternity. However, in the meantime, I have decided to keep an open mind, and that open mind has led me straight to New Girl's Ryan Geauxinue, the new teacher at Jess's school who has recently become her latest love interest. He's so charmingly adorable — and his relationship with Jess (so far) is so precious — that I cannot deny that I've learned to love another. I am the president of the Julian-Morris-As-Ryan Fanclub, and I am ready to shout from the rooftops exactly how perfect this man is.

I thought he was cute as Wren on Pretty Little Liars, but I was wrong. I also thought he was wonderful on Once Upon A Time as Prince Phillip. I was still wrong. Julian Morris in the role of Ryan is Julian Morris at his best, and if you're not yet convinced of how irresistible he is, these 13 GIFs will totally prove it to you.

Me either, Jess. Me either.

His First Official Meeting With Jess

He walked into that school and into our hearts, all at the same time. "Goes in you?" "Goes in all of us." Bless you, Julian Morris.

And The Fact That He Does Crafts

Well, really the fact that he's hot and he does crafts. Is this man a dream? I didn't think men like Ryan existed. I mean, I guess they still don't, because New Girl is a TV show, after all. But still. Have you ever seen anyone so perfect?

How He Adorably Tried to Shut it Down

I would totally shut it down, Mr. Geauxinue, but I can't. It's too late. I am in love.

How Honest He is About His Feelings for Jess

Because seriously, is there anything more attractive than someone who's upfront about the way they feel in a relationship? Sigh. If only all men were like this. The ice cream industry would suffer greatly.

And This One. I'm Dying.

Also, He's Funny, Like When He Lied About What English People Call Pancakes

And The Way He Drinks Out of These Tiny Hotel Bottles of Booze? SO ADORABLE.

It's OK, Jess — I Wouldn't Know What To Do With My Feelings, Either