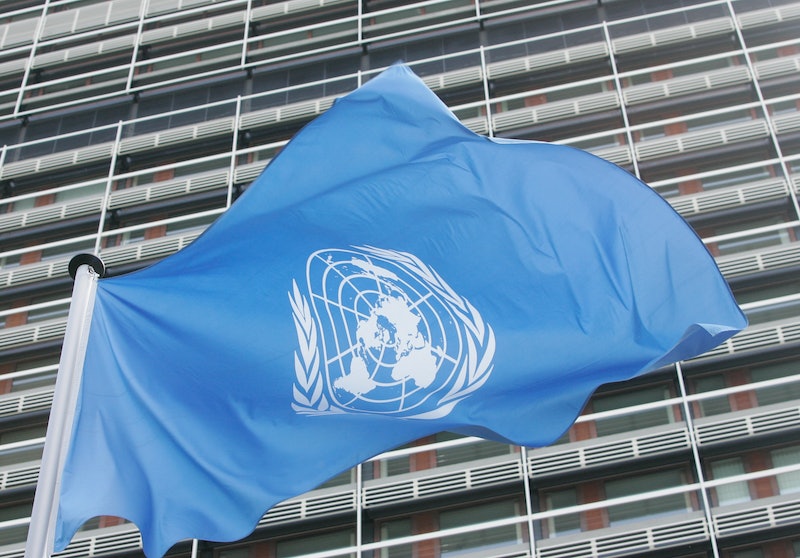 In 1950, when the United Nations General Assembly declared December 10 as Human Rights Day, the world was still recovering from years of war that devastated the landscapes of our cities and our souls. The UN put forth a declaration that recognized the ramifications of human suffering and injustice, and called for December 10 to be a day to celebrate the inherent rights of every person, everywhere.

When we think of the need for a day advocating for human rights around the world, thoughts usually stray far from home, to lands ravaged by war, disease, and corruption. But injustice, we have once again been so starkly reminded, does not only occur on far-flung shores or in the pages of a newspaper.

Current UN Secretary-General Ban Ki Moon has said, “I call on States to honor their obligation to protect human rights every day of the year. I call on people to hold their governments to account.” That's something that should ring true within us, no? I know you're coming with me on this.

Authors certainly feel it. This is a sentiment that authors have been advocating in their works for centuries, and one echoed in each of the books on this list, picked to commemorate Human Rights Day, whether following a young girl’s journey out of tyranny or a lawyer into a prejudiced courtroom.

Sure, as you read this list, you'll be struck — some of these books are not easy nor exactly pleasant to read. But then again, neither are the headlines in the news these days. These reads are important, and touching, and will tear at you. And you'll be better for reading them and celebrating the lives within their pages.

Chris Cleave’s novel follows a young Nigerian woman from the brutal clutches of a Nigerian warlord to Britain, where, after several harrowing years in a refugee prison, she reconnects with a woman from her past. Themes of freedom, sacrifice, belonging, and the grey areas in which these ideas reside elevate this tale of redemption.

In 1951, the cells of a poor black woman were harvested without her knowledge or consent. Rebecca Skloot does a masterful job following the trajectories of both the cells and the lives of the members of the Lacks family, who received neither compensation nor acknowledgment for the advances Henrietta gave to the medical world.

For women in Afghanistan, life under Taliban is doubly cruel, as a suffocatingly unjust society becomes even more pressurized inside of the home. This beautifully rendered story offers a tale of friendship and camaraderie inside of a life where oppression and control is meted out in measures that are both insidious and subtle.

Before there was Andrew Lloyd Webber, there was Victor Hugo, and a story as bleak and critical as any ever told. The stark juxtaposition of good and evil, prosperity and poverty, and the search for redemption in an unjust world has kept this book relevant for more than 150 years.

I am Malala by Malala Yousafzai

On her way to school at age 15, Malala Yousafzai was shot in the head by the Taliban. Though the violence was meant to permanently silence her, Yousafzai has continued to be a tireless advocate for a child’s right to an education, becoming a shining emblem for the human rights movement, and in 2014, the youngest-ever winner of the Nobel Peace Prize at age 17.

Under totalitarian rule, a university professor, stripped of her duties, holds secret classes for female students, where life beyond the Ayatollah’s command is imagined between the lines of great Western literature. A gripping recount of life in Iran at a time when reading Pride and Prejudice was seen as an act of defiance against the government.

A House in the Sky by Amanda Lindhout and Sara Corbett

Amanda Lindhout's harrowing story began as a tale of wanderlust and naiveté that led her to 15 months of unimaginable peril after she was kidnapped by a group of armed Somali extremists. Never losing her sense of hope even while her determination to view her captors as fellow humans is cruelly eroded, Lindhout perseveres under the most hostile of circumstances.

Girl in Translation by Jean Kwok

Indentured servitude, sweatshops, and grueling child labor abuses are central to this novel of a girl and her mother trying to survive – in America. Pulling back the curtain on an unsavory truth, Jean Kwok thoughtfully pens a tale of the desperation and cruelty often faced by newcomers.

Katherine Boo spent three years chronicling the lives of people in the Mumbai slum of Annawadi, presenting her observations without flourish, sentimentality, or patronage. She doesn’t need to embellish: the squalor, the economic degradation, and the survivalist nature of the characters paint a compelling, grim picture on their own.

Just Mercy: A Story of Justice and Redemption by Bryan Stevenson

Through his Equal Justice Initiative, lawyer Bryan Stevenson has devoted his career to helping those unfairly treated at the hands of the criminal justice system in America. Part coming-of-age story, part case-study, Just Mercy is a timely, important missive on the inequality facing marginalized populations in dealing with the law.

Proulx’s sparse, gorgeous prose elevates this short story from a tale of forbidden love in cowboy country to a harsh criticism of society’s unwillingness to accept homosexuality, and the tragic, violent consequences that intolerance may reap. If you loved the movie, you’ll want to read this, its genesis.