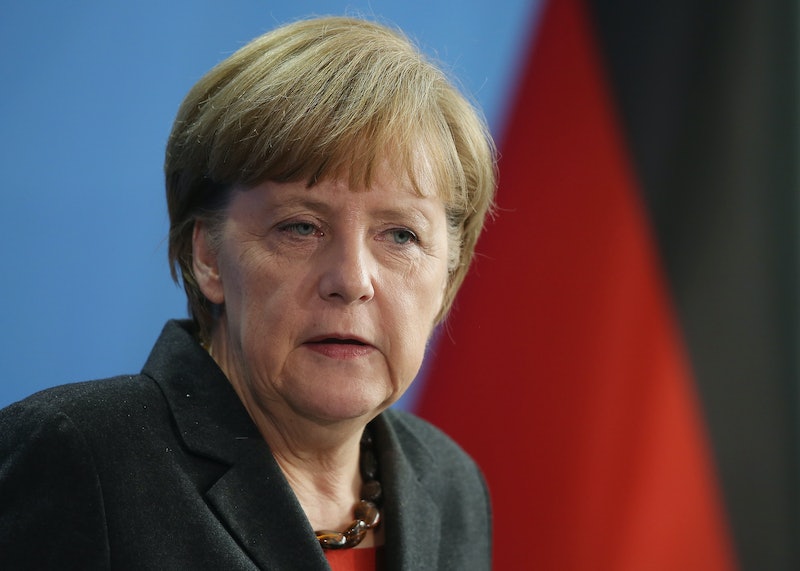 In what could turn out to be a political headache for the German leader, Chancellor Angela Merkel's allies suggested immigrants should speak German at home, causing an outrage in the country and a barrage of criticism directed toward the Christian Social Union (CSU) political party.

A conservative Bavarian party that has ties to Merkel's Christian Democratic Union (CDU), and a partner in her coalition government in Berlin, CSU proposed the law in a draft policy paper that was set to gain party leaders' approval on Monday. According to Reuters, the policy paper states:

People who want to remain here on a permanent basis should be obliged to speak German in public and within the family.

The proposal comes on the heels of a large influx of immigrants into Germany — in 2013 alone, the country received its highest number of foreigners in 20 years, making the European country the second top destination for immigration, after the United States. According to Deutsche Welle, most foreigners were from European Union countries, chiefly Poland, with Syrian refugees fleeing their war-torn country also making up a considerable number.

The proposal provoked a stream of criticism, from both politicians and the public alike. The hashtag #YallaCSU was trending among German Twitter users, or translated into English, was something along the lines of "Come on, CSU!" Peter Tauber, CDU's general secretary, took to the social media website to criticize the proposal, tweeting: "It is not the business of politicians whether I speak Latin, Klingon or Hessian at home."

Many others ridiculed CSU on Twitter, and cited the party's Bavarian dialectic roots.

After the storm of criticism, CSU backed down, changing their wording in the proposal. It now states that foreigners are "encouraged" instead of "obliged" to speak German at home and in public. Andreas Scheuer, CSU's general secretary, tried to explain the proposal's intent:

We would like families to speak the national language in their everyday lives, as well as with their families so that they are able to enunciate themselves.

Everyone should be allowed the language he or she wants to speak at home.