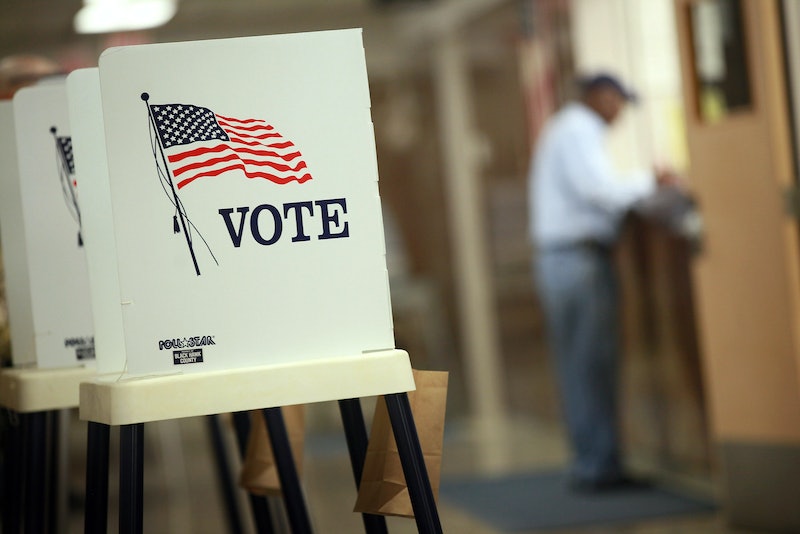 The Supreme Court ruled Monday that states cannot require would-be voters to prove they are U.S. citizens before using a federal registration system designed to make signing up easier. In a 7-2 vote, the justices struck down Arizona's proof-of-citizenship law.

Officials in Arizona, a state that has received attention for its controversial immigration laws (oh, you've heard a bit about that once or twice maybe?), say that they should be able to pass laws that stop illegal immigrants and other non-citizens from being able to vote.

Opponents of the law, however, see it as an attack on vulnerable voting groups and say they've counted more than 31,000 potentially legal voters who could have registered before the proposition, but were instead blocked from registering by the law in the 20 months after it passed in 2004.

Keep your eyes out this week for more voters' rights news. In Shelby County vs. Holder, the Supreme Court will make a decision on whether or not certain voting districts with a history of racial discrimination must pre-clear any changes to their voting rules with the Department of Justice. This one will be big.

More like this
Prince William Condemns “Unacceptable” Comments Made To A Black Guest At Buckingham Palace
By Shahed Ezaydi
Here’s Your Daily Horoscope for December 7, 2022
By Mecca Woods
Kim Cattrall Had A 'Sex And The City' Reunion With Creator Darren Star
By Grace Wehniainen
Singer Jenni Rivera Received Death Threats Prior To Her Tragic 2012 Plane Crash
By Brad Witter
Get Even More From Bustle — Sign Up For The Newsletter