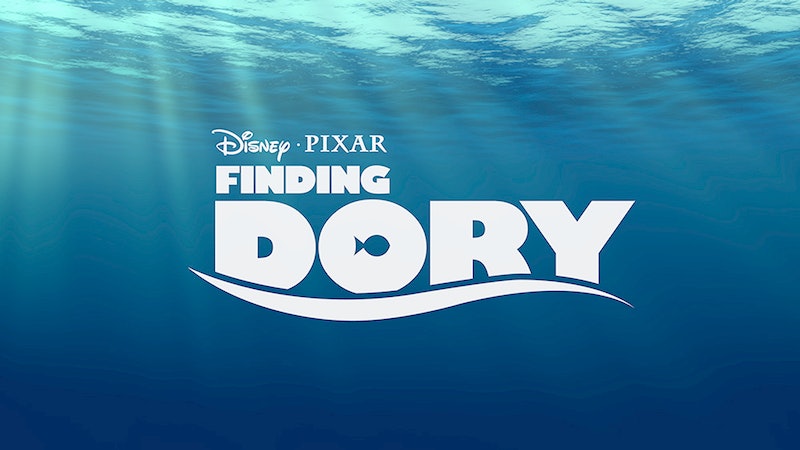 Remember when Finding Nemo came out in 2003 and all of us were like, "Oh, okay, Pixar, please stomp on my heart until it leaks warm rivers of feels, I wasn't using it anyway?" Remember when a talking fish made you cry? I mean, that should come as no surprise considering the fact that Pixar is very, very good at making movies that make us cry. (Don't even talk to me about the tragedy that was Up.) News about Finding Dory, the sequel to Finding Nemo that will be released in 2016, has been few and far between, but considering Idris Elba will be in Finding Dory then I'm pretty much willing to wait forever for them to get everything just right. At Comic Con Experience Brazil, we got a bunch of new Finding Dory details — including the lack of a pretty important character from the first film. By which I mean the ocean.

According to Comic Book Movie:

The story of the movie will follow Dory, Merlin and Nemo as they set off on a journey to find about Dory's past and parents. The movie will be mainly set in the Marine Biology Institute of California, a huge complex of rehabilitation for marine life. Dory learns that she was born and raised there and was released in the ocean when she was a kid. We will se new characters, like an octopus, sea lions, a beluga whale and others.

So, basically, it's like the part of Finding Nemo where we see Nemo hanging around in a fish tank with the awesome (stir-crazy) tank fish, except on a much, much larger scale — like a whale in captivity level large. How do you have a fish movie without involving the ocean? Even The Little Mermaid sequel took us right back to the water where Ariel's kin belongs! Does being raised in the Marine Biology Institute of California before being released into the ocean as a kid explain why Dory is so forgetful? Will Dory get to meet her parents? Will Nemo stay found through this entire film? These are the burning questions I still need Pixar to answer for me while they're whetting my appetite for this film.

We won't get any (or most) of the answers to these questions until June 17, 2016 when the movie actually comes out, but I can already tell you that I'll be buying my ticket. The first movie might have been about Nemo and his dad, but Dory was one of the break out stars of the 2003 film and utterly worthy of having an entire sequel dedicated to her. Add that to the fact that the fish from the "Tank Gang" that Nemo met will all be returning for Finding Dory and we don't need no stinkin' ocean to be interested in this movie. We already saw the ocean at length in Finding Nemo. The new location will be a good thing for viewers and for the adventure plot.