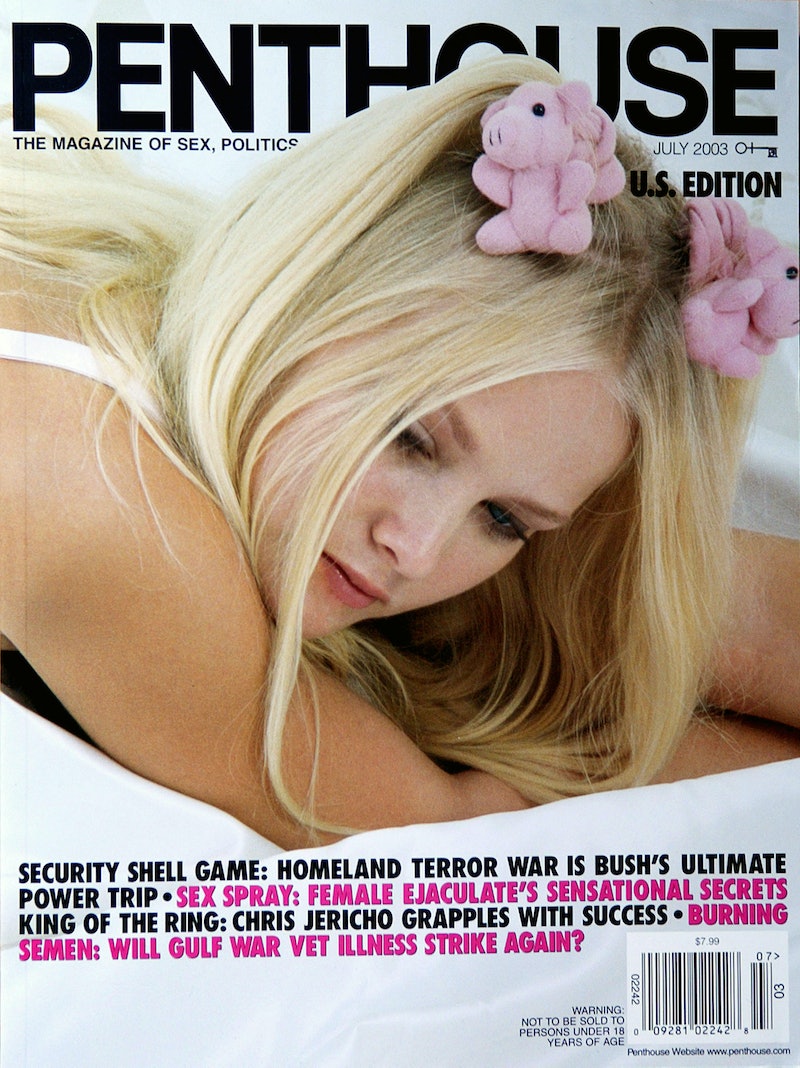 Penthouse has run out of money... but we're pretty sure the world will keep spinning.

The magazine, which you can find under mattresses and in attics worldwide, is two years away from turning 50 — but it might not live long enough to celebrate. Once a rival to Playboy, the company originally went bankrupt in 2003, was re-bought and restructured, and has now once again failed to turn a profit. FriendFinder, which merged with the Penthouse Media Group in 2007 and kept its name, has officially declared itself all out-a dollar, and is now glumly re-privatizing itself and returning to the hands of its original founders.

Last year, the company tried to buy Playboy, but Hugh Hefner wouldn't budge. That's not to say Hefner's world-famous bunny-brand is doing that well: both magazines have taken a heavy hit from the rise of the Internet, since, in short, you can see all the naked women there for free instead. More "respectable" men's magazines, like Men's Health and GQ, have done better, because their brand is less — how do we say this? — an obvious portal to naked woman, which, as we say, you can find in about ten seconds on Google.

Also going private are FriendFinder's dating websites (though "dating" isn't exactly what we mean when we refer to what AdultFriendFinder does). They also own FastCupid and PerfectMatch, and the Christian dating site BigChurch. They do not run AdultCatFinder, which in our opinion would have been a strong business decision.

By the end of March this year, Penthouse owed more than $500 million in outstanding debt. Last month, their stock option was deleted for failing to trade above a dollar, and plunged to seven cents a share. The magazine is still on the over-the-counter marketplace, meaning that if you really believe in the right of naked women to appear writhing in magazines, there just may be a business venture waiting for you.