Real Housewives Kenya Moore and Brandi Glanville already have an ongoing dislike for one another thanks to Moore calling out Granville on Twitter in regards to an insensitive comment the RHOBH star made towards cast member Joyce Giraud in a previous season. Unfortunately, the brewing beef has intensified thanks to both Moore and Glanville appearing on the upcoming season of Celebrity Apprentice. Over the past several months, the outspoken reality TV divas have traded barbs, and judging by a new sneak peek at the premiere of Celebrity Apprentice , they've also exchanged pies as well.

I already predicted that Moore's appearance on Apprentice would be disastrous, and judging by this clip, it seems like the rambunctious Housewives are going to completely dominate and give us what already appears to be the most dramatic season yet. Putting on their best show of reality TV nice-nastiness that outspoken Bravo-lebrities are infamous for, Moore agrees to allow Apprentice alum and fellow Atlanta housewife Claudia Jordan to throw a pie in her face for charity. But the former beauty queen's fabulous, gone with the wind-ness is nearly ruined by Glanville. I won't give away the preview, but you won't be shocked to know that further Housewives hijinks ensue.

If things go really badly between Moore and Glanville this season, perhaps it could lead to a crossover spinoff, where Apprentice meets the Housewives. It might be pretty interesting to see Housewives actually use their brains to do something more inventive than stick to scripted fighting over forced friendships and go on vacations from hell. Instead of ganging up one another, they might actually have to learn how to work as a team. Then again, maybe the anticipation of the Kenya and Brandi drama is getting to my head.

Anyway, the new season of Celebrity Apprentice debuts Jan. 5. By then, I'll be over my New Year's Eve hangover and able to handle all the extra yelling and screaming that's bound to take place.

Until then, check out the sneak peek of Celebrity Apprentice: 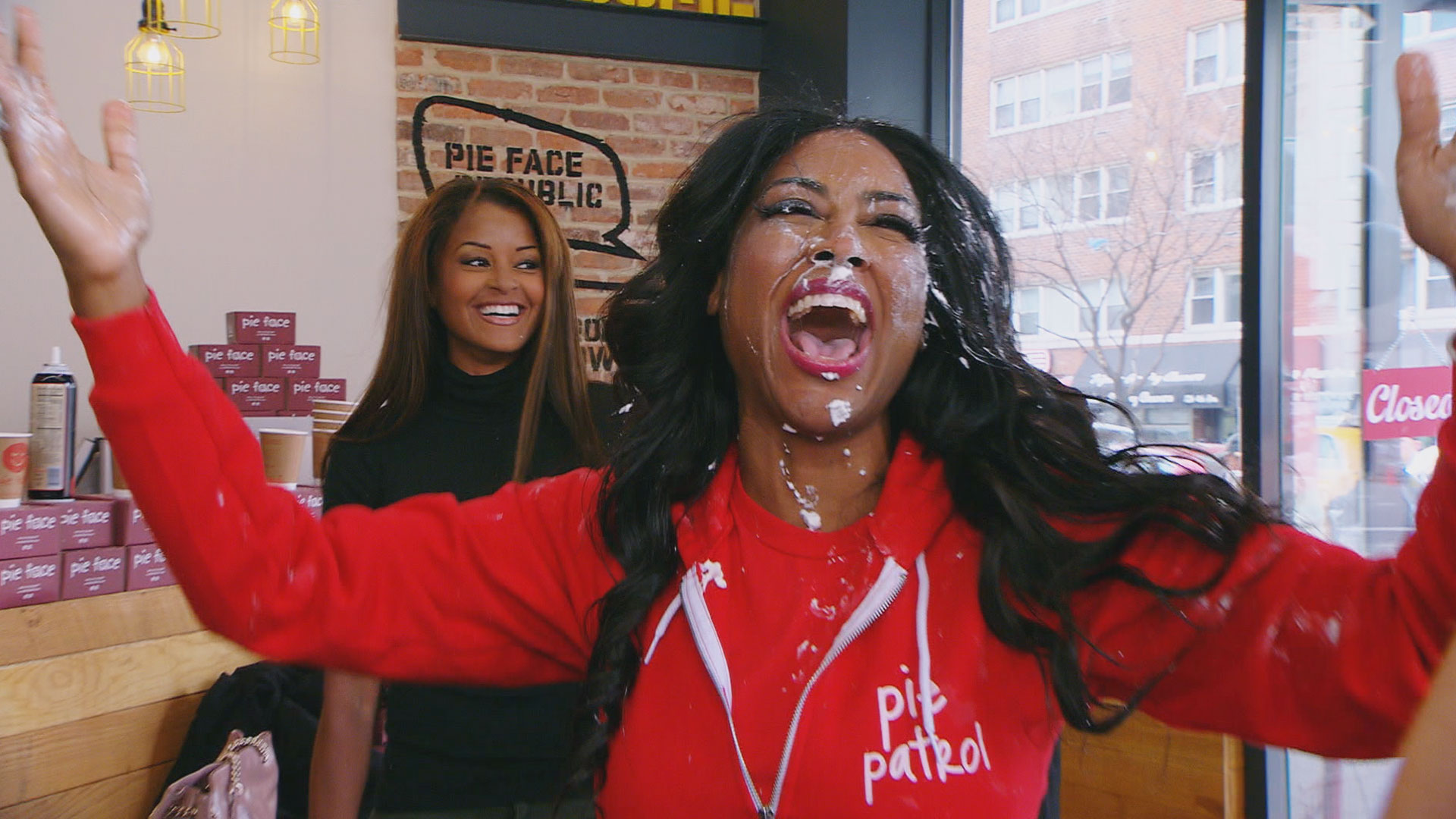